The Weekend In Review

Yesterday was Austin's birthday. My youngest child is 20! Cody and Marquee came up to spend the day with us. Jim and the girls came over for dinner. (Angie is out of town for work so she missed out on all the fun!). Pop made country fried steak, mashed potatoes and gravy for us. Austin wanted crawfish so he made his own low country boil out on the grill. Pretty much everybody went for the country fried steak. Then we had cheesecake with peaches. Austin's girlfriend Charity came over to eat with us and then they went to the movies and to the Mall of Georgia (which is about an hour away). We had a good time and ate until we were stuffed. I think it was probably one of the best birthdays Auggie has ever had. We're all a little wiped out today.

I did a little internet research and found an email address for the folks that own my Great-Grandparents old home. I emailed and asked if we could bring the Steel Magnolias (my grandmother and her sister) by to visit the grounds. I didn't want to impose - I'd be a little freaked out if someone asked to come into my house. They wrote back right away and said they'd be delighted for us to visit. I'm very excited at the prospect of our old girls being back at the home that was their mom's for 52 years and am working with my (second) Cousin Alisha (our dads are cousins) to arrange a time to go. I'm really surprised that we got such a quick and positive response.

This has been the most boring tv weekend in forever. I'm going to watch the Red Carpet stuff but I don't care much about the pre-pre-pre-Red Carpet stuff that has been on since noon today. Nor do I care much about the Oscars. I'll have them on but I'll probably be reading a book. PBS is a toss up today between Suze Orman (no thanks) and a documentary by Skip Gates (who I love). The Skip Gates documentary series is being used as part of a fundraising drive *yawn*.

Jim and the girls came and had lunch with us this afternoon. My sweet Jamie came down to watch a little bit of My Little Pony with me and since she wasn't going to be here long she explained how that particular episode ended up and told me I had to watch it until the end because I didn't want to miss the ending. Everybody needs a Jamie in their life. Sarabeth is also a hoot. She has a wry sense of humor and cracks us up all the time.

I did a lousy job taking photos yesterday but here are a few: 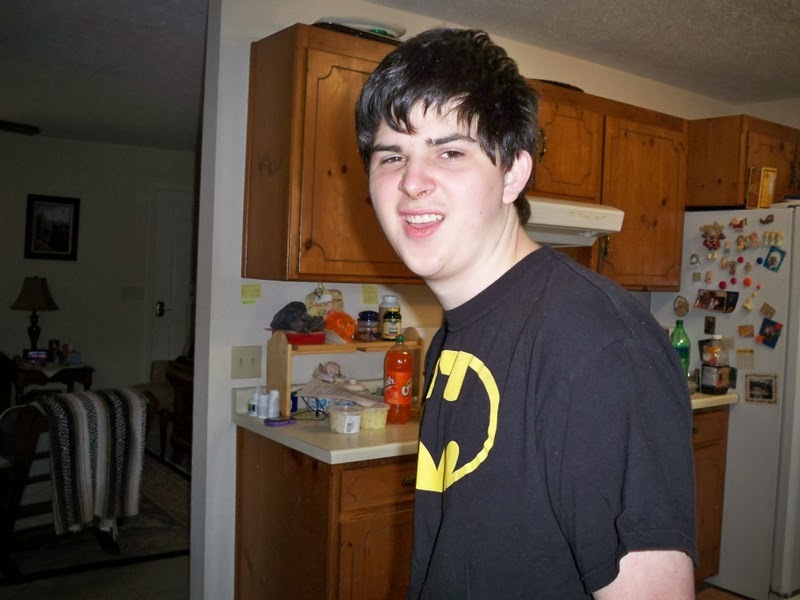 Birthday boy who hates having his picture taken 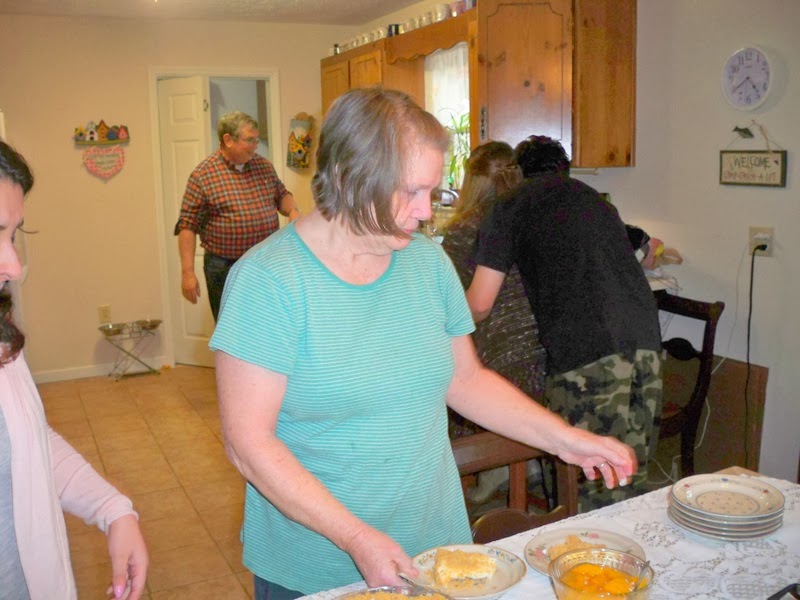 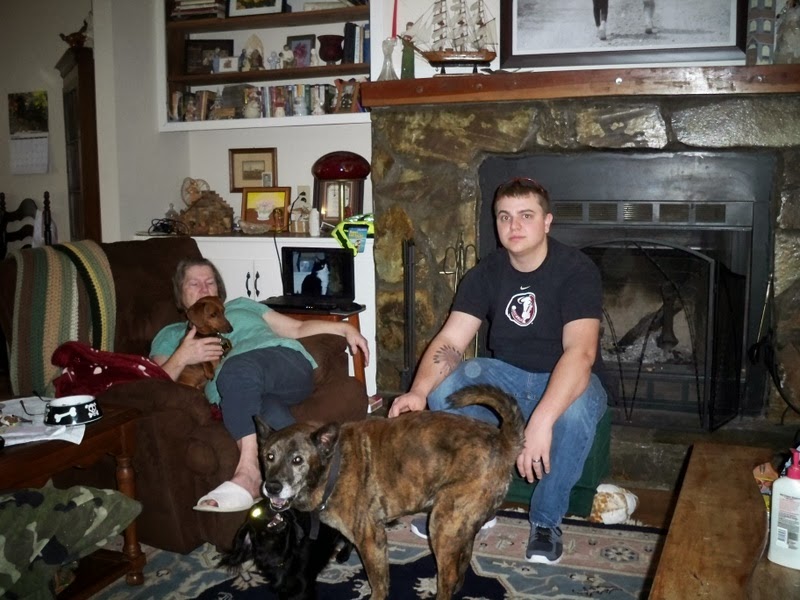 Mom, Cody, Oscar, Sammy and Lily
Cody was really happy to be here. I promise. Lily looks terribly thin because of her cancer. She is eating much better now but can't keep weight on her. 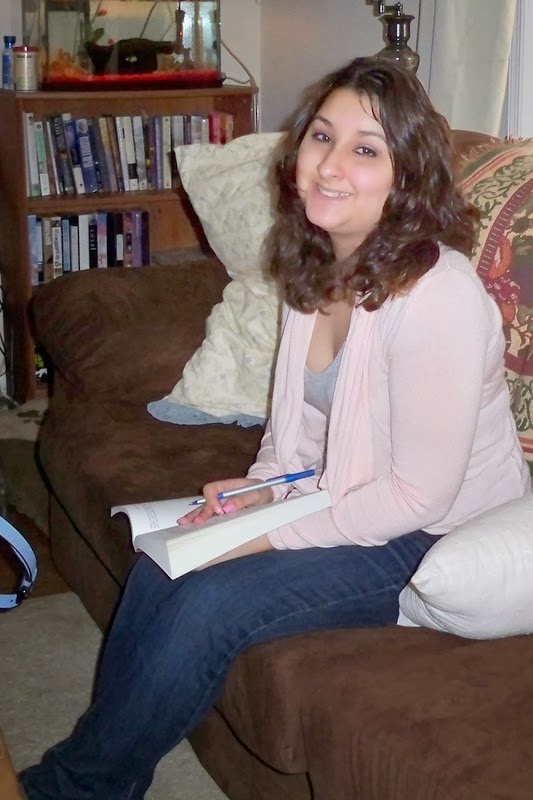 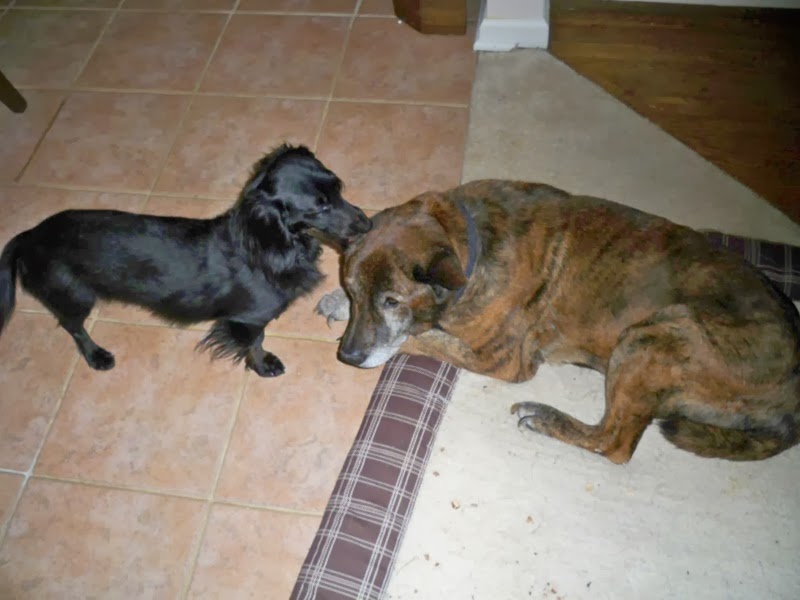 Sammy and Lily are best buds and have really missed each other since Lily is a full time Mountain Dog. Sammy always cleans Lily's ears for her. 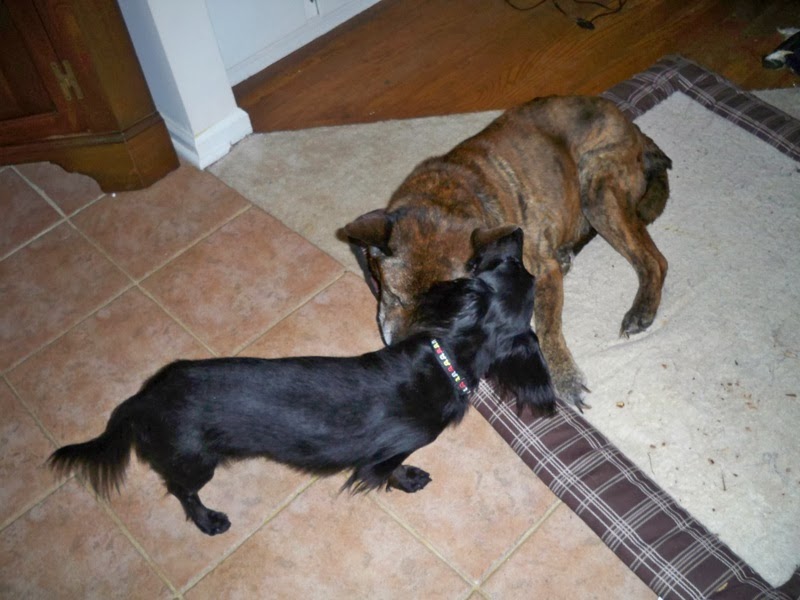 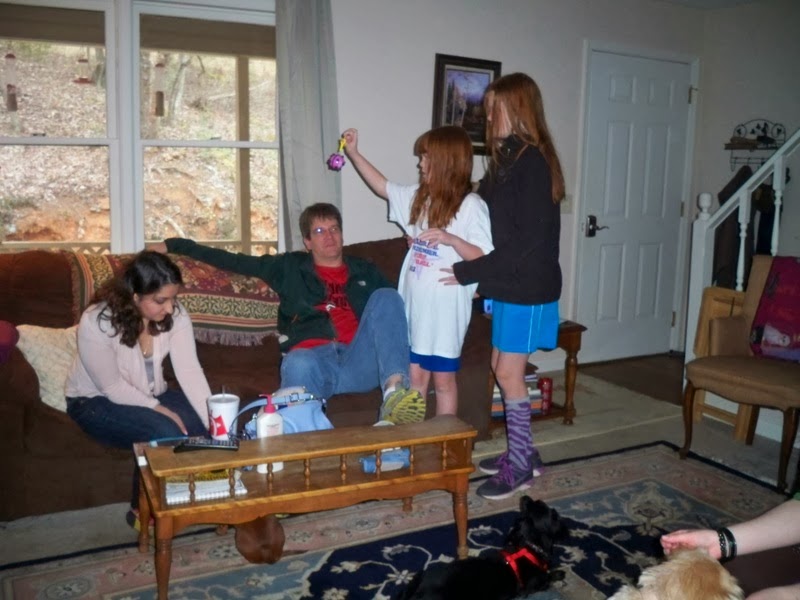 Marquee, Jim, Jamie, Sarabeth
Sarabeth is now tall enough that I have to reach up to hug her. She's taller than me. 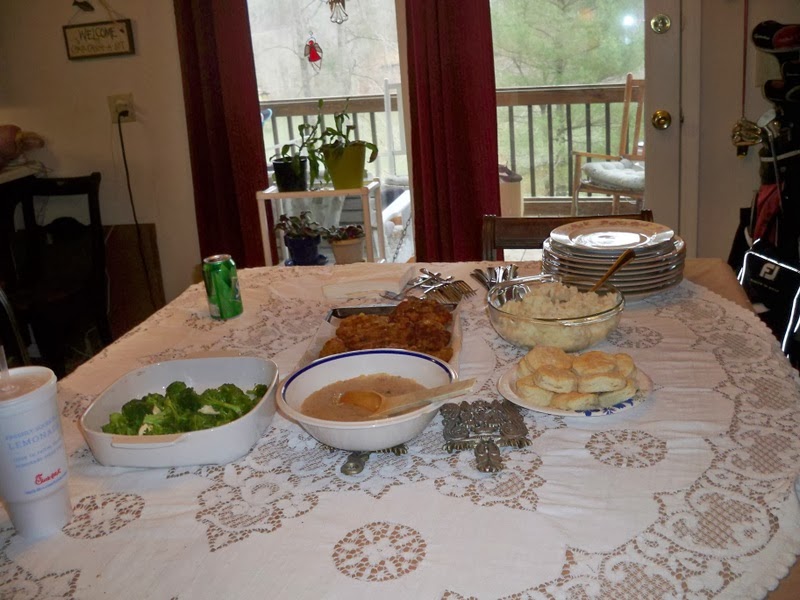 The spread. I could have eaten it all by myself. I LOVE country fried steak and gravy! I was careful to save room for cheesecake, though. 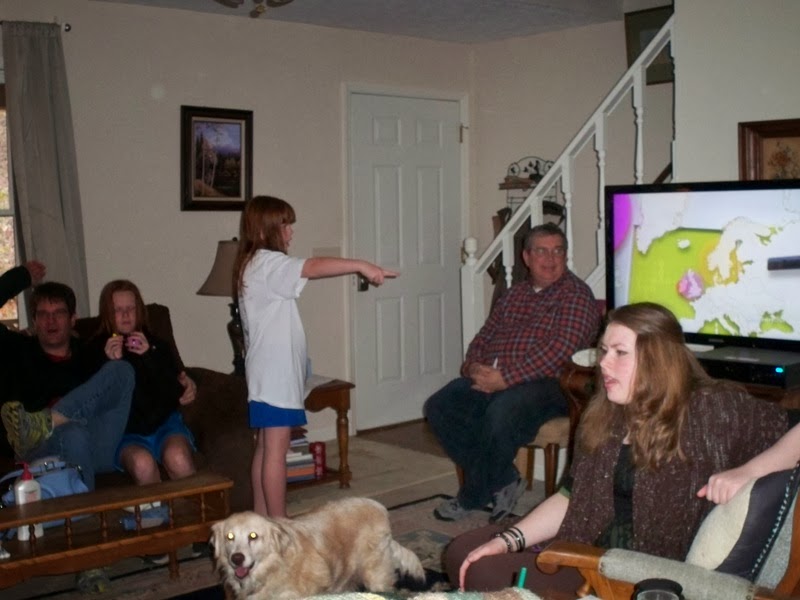 Jim, Sarabeth, Jamie, Pop, Charity
Charity was not angry. She was talking. 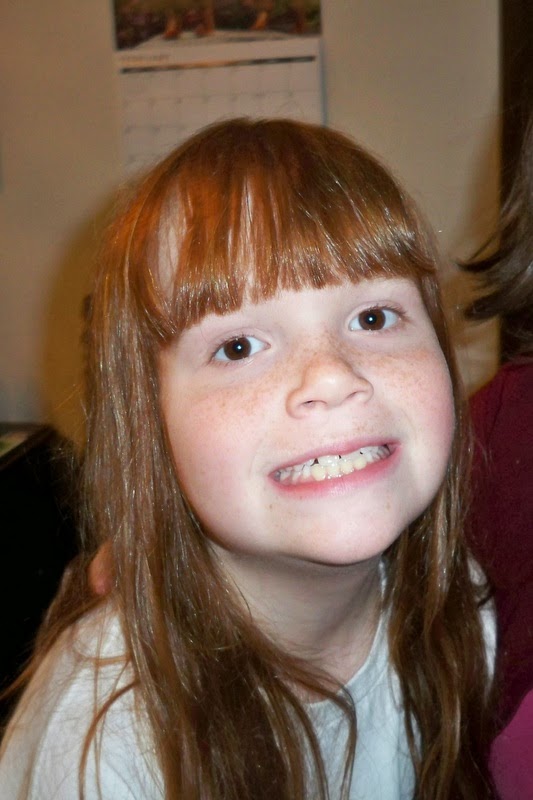 This was supposed to be a selfie of me and Jamie but my half looked like a crazy drunk Aunt so I cropped me out. I wasn't drunk. Crazy, maybe, but not drunk. 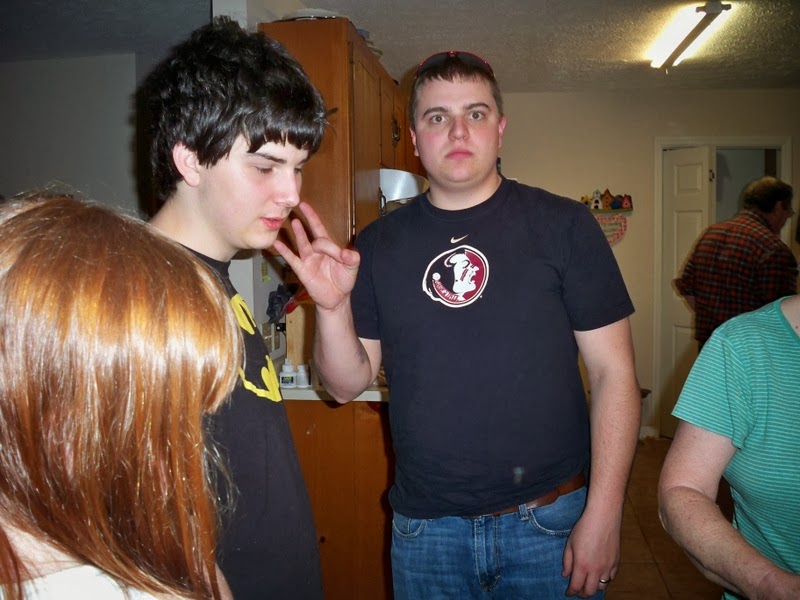 Happy to be here, I promise.

Our weather has been beautiful and mild. We've got a little cold weather coming in next week but for the most part, I think Winter is in the rearview mirror.