Ever Wondered Where My Kids Got Their Brows? I think I have the answer....

Almost a full week into July already! Summer is flying by and I couldn't be happier. I so very much hate the heat and humidity - that's one reason I want this Summer to hurry on up - but the biggest reason is that every day we get through gets us one day closer to seeing our sweet baby girl again. I can't even begin to tell you how much it hurts not to see her or even know what is happening in her life. Austin goes to court for the restraining order on July 14th and I can't imagine that it will be anything but dismissed. From there we work on the other details that have to be sorted out. We've done what we can do on our end and now we just wait... and pray... and trust God to protect baby girl and keep her happy and well cared for in the interim.

Today my dad had a colonoscopy. I was the "responsible adult" who accompanied him. They had me sign his discharge papers on a line that said, "signature of responsible adult". I thought that was presumptive. HA! At any rate... It was a very quick procedure. There was a friend of mine from church who was there with her husband while he had the same thing done. She had her kids with her - they're 12 and 8, I think. We kept each other company and the kids hung out with me while she went back to see her husband in recovery. I had a great time with the kids and even brought home a lovely picture that the younger one colored me. Pain wise I was miserable. I got nauseated on the drive home. It's so hard to explain pain that is so bad that it makes you want to throw up but that's my life. But we did it and it's over and Pop is doing fine. Nothing scary found during his procedure.

We had a very quiet 4th of July. Austin worked all weekend and was exhausted when he got home. I've eaten the equivalent of my body weight in watermelon. It's about all I want to eat lately. The guys working on the new porch took the weekend off so we didn't have the construction noise that we've grown accustomed to this Summer. My parents took on a few projects clearing out the storage areas down here to take advantage of the big dumpster while it's here so things got dusty and they got hot and sweaty but... you know me... just trying to avoid pain as much as I can and keep my head screwed on tight and my mouth closed!

I was contacted yesterday by a lady who is the first cousin of my kids' dad's dad. Most of you who have been around awhile know that my kids' paternal grandfather was killed in Vietnam when he was 27. He returned to Vietnam when my kids' dad was three days old and was killed when Robert was only three months old.  Papa Ned's mom, Frieda, died quite young, too... she died in 1975, just six years after her son. Her sister's daughter saw a post I had put on Facebook after we went to a memorial service at a local college several years ago. I think they had brief contact with Robert at some point years ago but I don't think they knew that Ned has three grandsons and now a great-grandson and great-granddaughter. She was so glad to see that Ned has descendants. She helped me fill in some blanks on the kids' family tree and sent some photos. While I was working on their family on ancestry.com I came across another lady who is a cousin from the other side of the family. She was able to send some photos too, which was nice.

We have some of those broken branches on our family tree too and it's always exciting when you can find answers to questions that have haunted you for years. For me it was a paternal grandfather who we lost track of for nearly fifty years. By the time we tracked him down he had deceased. This sweet lady said that her mom had always wondered about her nephew's baby son who was so young when his dad died. I was glad to be able to answer those questions for her. 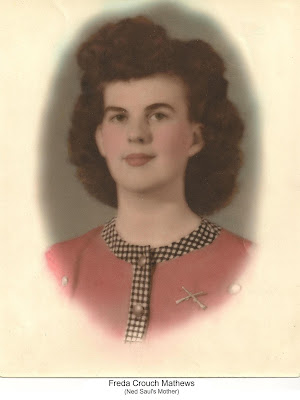 I'm having trouble finding documentation but apparently Papa Ned's biological father was a guy whose last name was Williams. Ned was later adopted by his step-dad who gave him the Sauls last name. It's weird to think that my kids would be Williams' instead of Sauls. This Williams guy was married to Papa's Ned's mom at the time Ned was born but I haven't been able to track down any marriage, divorce or birth records with his name on them. They lived in Texas and not all of the records for that time period are available online. It's not that I doubt they exist - it's just that I can't access them. My boys aren't really interested in all that genealogy stuff so much but I want to sort it out for them while I can - and while those who were around back then are still living. The first lady I talked to - the cousin on his mother's side - was going to talk to her mother to see if she could give me any additional information. We just know that Ned's biological father was a guy named Wesley Williams who was a bit of a womanizer. He was a cab driver. And... that's about it. Try finding some random person with the last name Williams when you aren't sure of a date of birth, much less parents' names. It's a puzzle but it's interesting to research these things.

You can definitely tell from these photos where my kids get their strong brow line! Even the photo of Papa Ned when he was young shows strong brows and I think the babies have them too. 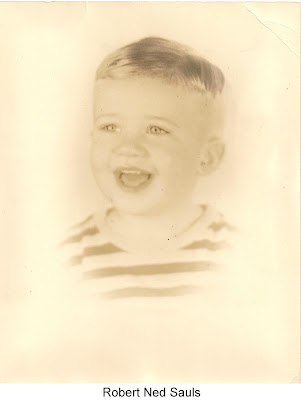 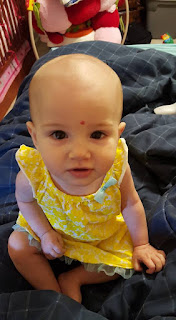 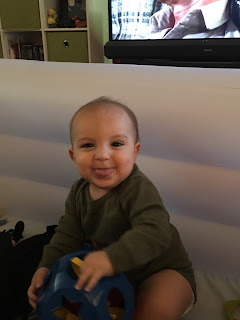 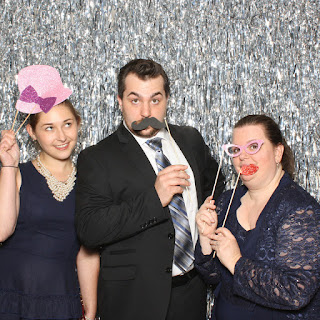 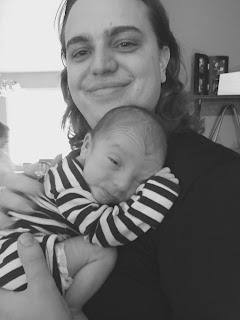 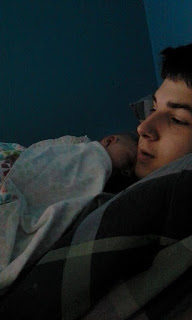 It's amazing how you can connect with folks on the internet, isn't it?

Anyways... I promised photos on my next blog entry so there you have some interesting (I think) photos.

Time for me to figure out what to eat for lunch. I think my queasy stomach has settled enough for a little bit of something. I've got to get caught up on my Italian lessons. I woke up at 2am this morning - just because that's how my life works - and I was able to get a good bit done before we left the house at 5:30am but I haven't put as much time into it as I usually do so... time to get crack-a-lackin'! Pop can't drive for the rest of the day so I have to stay awake and unmedicated until I pick Austin up from work at six. I think I can. I think I can. I think I can.

Whenever I have news that I can share... I will. In the meantime, I appreciate your prayers and concern and support! Love and hugs, y'all!