Is it Monday again? How did that happen? Time flies when you sit around doing nothing. I'm kidding. I may not be exactly running marathons physically but I'm always working on something that fits my sedentary lifestyle.

While reaching for a qtip last night I cut my thumb on a razor and then while searching for a bandaid under my bed I dripped blood on the carpet. Why are razors in my qtip drawer? I have no idea. Why do I store bandaids under the bed? See answer to previous question. Organization is not my strong suit. I really do have a good bit of space down here in the Whine Cellar. More room than most New York apartments, minus the kitchen. Actually... my mini-fridge and microwave and electric kettle probably put me in competition with a lot of NYC apartments. Not to mention the freezer in the shed that holds lots of goodies.

Anyways... the nasty little tiny cut on my thumb has made sewing next to impossible so I'm working on ancestry.com instead of sewing like I usually do during the daylight hours. It's crazy that such a small injury can be such a bother. I couldn't do my hair today. Or shower. And many other things that don't involve personal hygiene.

I advertised this as a Reasons to Love Monday post and I haven't yet gotten to the love part. Sorry about that. Adult onset A.D.D. is a real thing, y'all. I really do have some butt-kicking Reasons to Love this week so here goes:

1. Cosette will be here in six weeks or less. I'm so close to being a Grandma Nanny Mimi Nonna Oma Gumby whatever that I can see the finish line! At least for baby #1.

2. Peanut, aka Grandbaby #2 aka Oliver/Elijah will be here in about four months which also brings the finish line into closer view. I would tell you that I don't have a clue about how to be a grandparent but I'm pretty sure I know a whole lot more about being a grandma at (almost) 47 than I knew about being a parent at 18. We got this.

3. In between grandbabies #1 and #2 the very exclusive Gant Girl Sorority gets a new member and that's a RTL (reason to love) in and of itself but it also involves traveling (WHICH I LOVE) to New York (WHICH I LOVE) and Connecticut (WHICH I have never visited before but based on The Gilmore Girls I'm sure I'll love) in early Summer. I haven't been out of Northeast Georgia in almost two years so even though I know it's going to be difficult I am really, really excited about traveling.

4. But wait... that's not all... I also get to enjoy my nieces' first Broadway show with them on a Wednesday matinee while we're up North for the wedding and surrounding festivites.  I'm not well versed in Broadway etiquette but aren't Wednesday matinees sing-alongs? No? At any rate... I've been watching a series of YouTube videos on "Behind The Emerald Curtain" showing all the different pieces of putting together Wicked. I geek out on all that theatre techy stuff and it makes the show even more interesting for me. You might not remember but the last time I saw Wicked was in Boston during the first month of the Darby Era. I have a feeling I'll enjoy it much more this time. So... trip, wedding, Wicked....

5. BUT WAIT... at the risk of sounding like an info-mercial THERE'S MORE! Mom and myself are going on a bonus trip to New York at the beginning of May for a bridal shower! Again, traveling is not easy for either of us but being a part of the pre-wedding excitement is... well.... exciting! I'm going from couch-potato to jet setter with babies on the bookends. Reasons. To. Love! 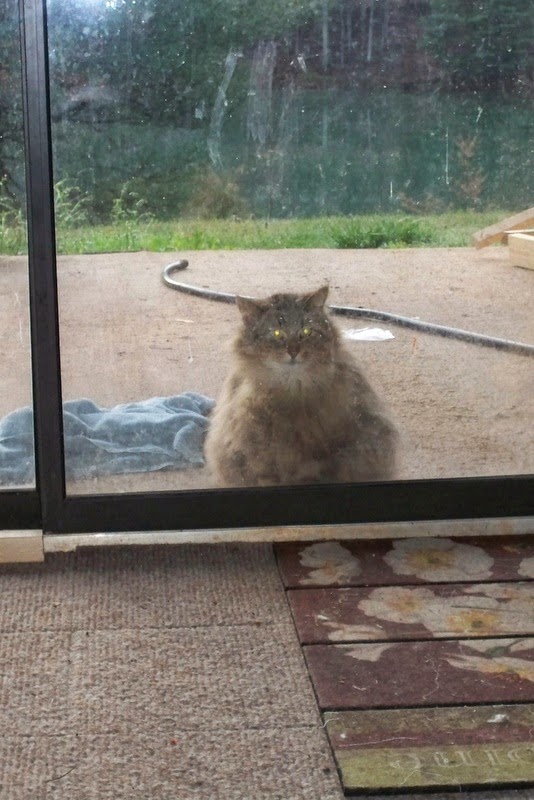 6. Last night was pretty un-fun what with the whole thumb bleeding and such. Arthritis has a hold on my hands here lately, especially when I have been sleeping/still for a little while. At some point I woke up and thought, REALLY? I'm waking up because my fingers hurt? Insane. When I dragged my sleep-deprived self out of bed the recliner this morning I was groaning and miserable but then I saw this sweet stray kitty who has taken up with me.

When I first put out food for her it was in the middle of one of our frozen precip events and I was worried about her. I had to have the food outside before she got here because otherwise she'd take off... so skittish. Over the past few weeks she's gotten used to me and now will even wait for me to love on her a little before she starts eating. This morning she kept sitting out there pleading for me to come back out and pet her more. I would love to make her part of my Crazy Cat Lady Posse but... a) I don't have the money to have her health checked out before exposing my kitties to her and b) I don't know for sure that she's without an owner. I only know that she's a roamer. Oh, a c) my mom does the litter boxes because it's really painful for me and I don't think she wants another poop maker. My cats have gotten used to the stray - we call her Rosalita because she looks like a cat my mom used to have named Rosie. My kitty boys have gone from staring at her like she's a zoo animal to visiting and preening for her. 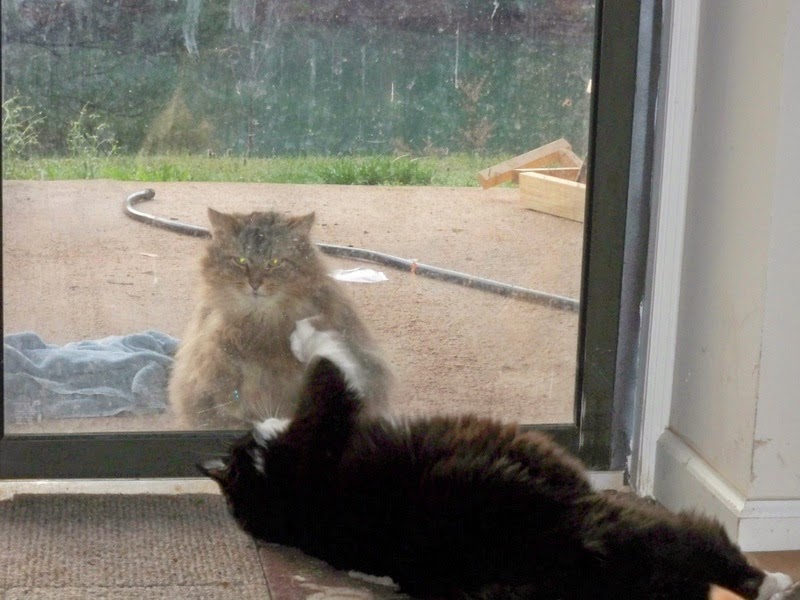 Little Kitty even rolled on his back by the window this morning which I think is a cat symbol of trust, right? I don't even know if she's a girl, I just assumed.

7. More RTL - got to see my little Cosette today. Even though intrauterine growth restriction is no longer a concern, Tasha is still considered high risk. (I had originally typed "high maintenance" instead of high risk which might have gotten me in big trouble!)  We're on weekly ultrasounds now to keep a close watch on things. The kids haven't done their childbirth class yet but they did get in a breastfeeding class and Austin, in typical Aspie fashion, has become a lactation specialist. He even knows what kind of food they get from WIC if Cosette is breastfed.

Have I ever told you the story of Purple Michael singing at a La Leche League gathering? My kids' dance group was performing and they brought along Michael to sing. The KIDS were coached that this was a gathering of breast feeding moms and that some of the mommies might be nursing while they performed. Nobody told Michael. He was up there singing something romantic and the milk started flowing. In his words it was BOOB... BOOB... BOOB... the shock on his face was apparent. That's in the top ten of my best Purple Michael stories. 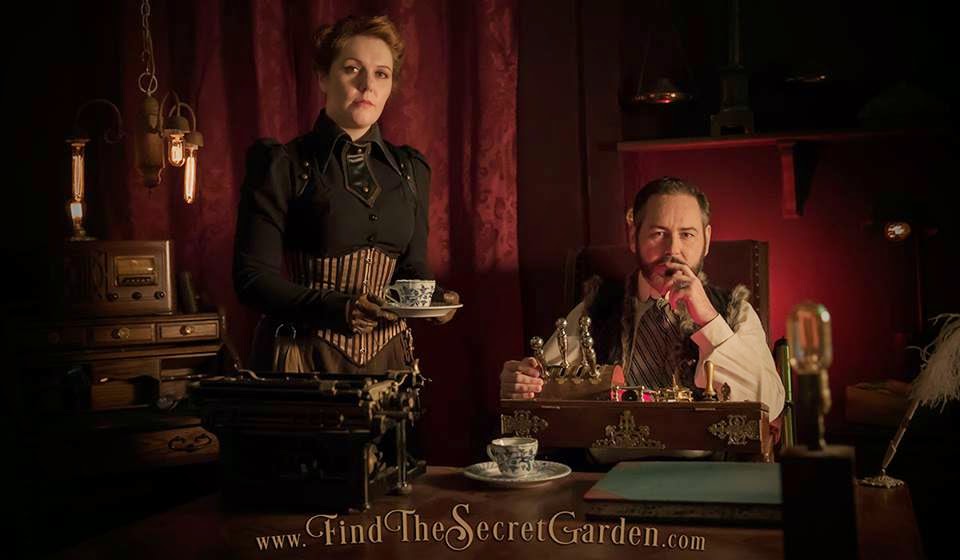 (and here's another picture of him from the movie he's filming).

Back to Cosette... she now weighs an estimated 4 pounds and 10 ounces. She is no longer breech and we got the sweetest 3-D pictures that I will show you as soon as I can translate them to the WWW.

8. The pack-n-play for our house has been ordered so I'll have a place for my babies to nap. Tasha is setting up "grandma diaper bags" and I'm hoping to have lots and lots of babysitting time.

It's been a hectic day and I'm wiped out. Hope you survived another manic Monday and found a few reasons to love it! I'll leave you with a few more cute kitty photos. Love and hugs, y'all! 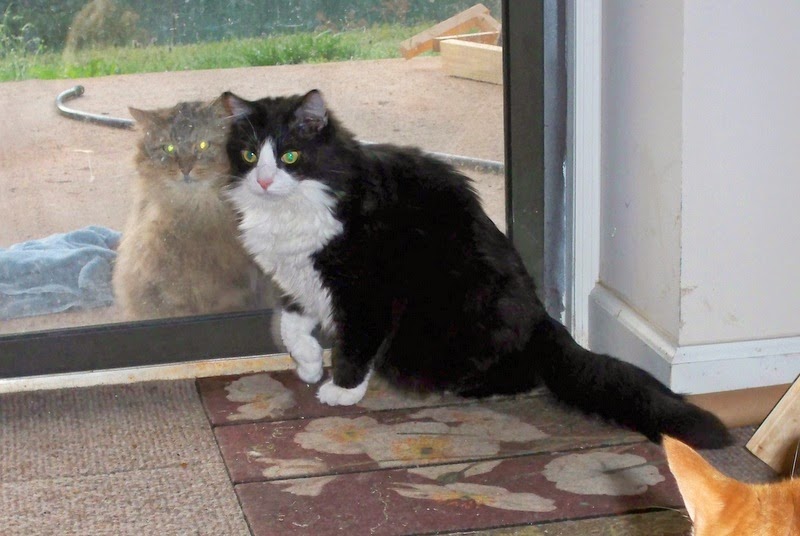 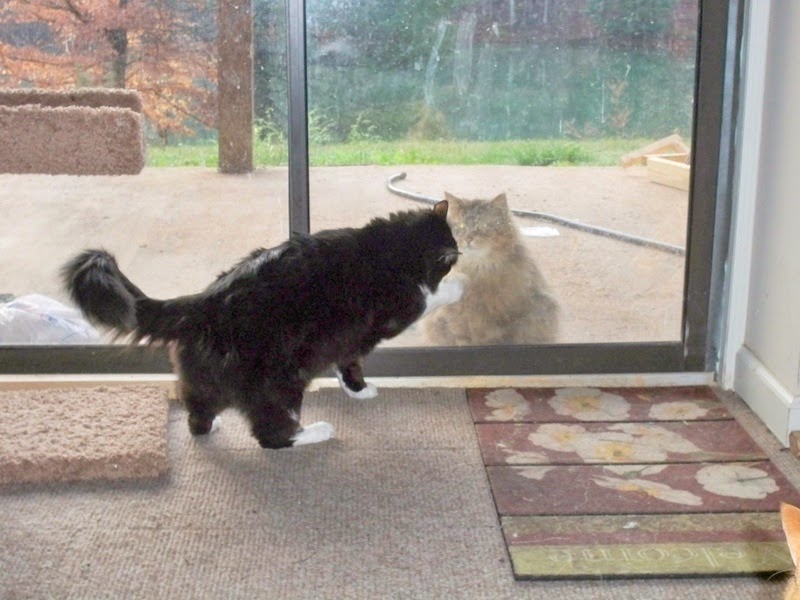 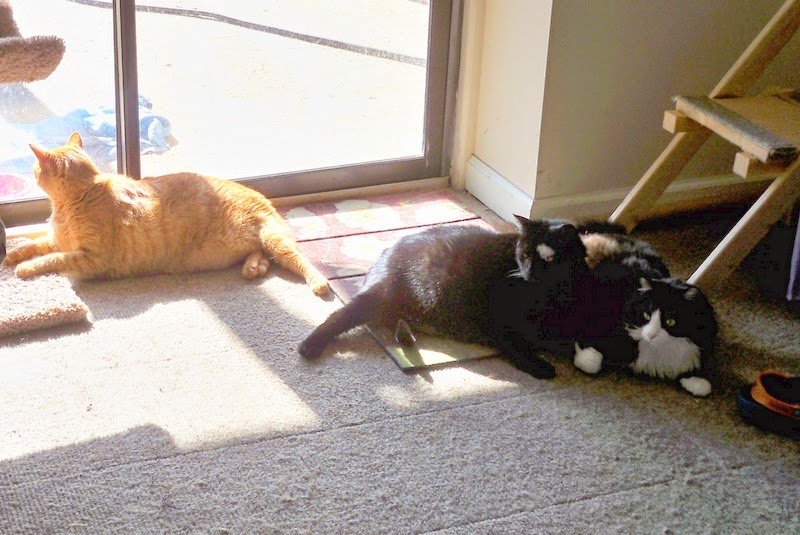