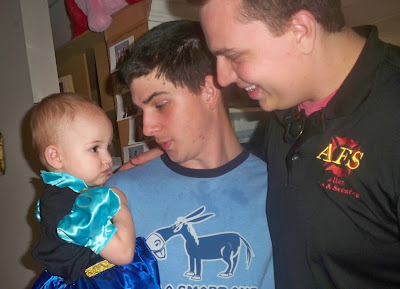 Happy Friday! I'm still migraining it but it is nowhere near as bad as it was. I no longer feel like I'm going to toss my cookies. I can focus on words without my head spinning. The knife in my temple has become less intense. It's getting better.

My Disney Storm Warriors have all come home - Cody and Marquee came home, got home around midnight. My brother and sister-in-law also got home around the same time so I'm not stressing over my people being in Orlando - and that helps! I am, of course, worried about friends who are still in the path and praying for everyone facing this crazy storm. I think South Carolina is looking to have more damage than they thought yesterday so I'm back to semi-worrying about Ryan and Sara in Myrtle Beach but they're young and resourceful and don't have any babies with them so I'm not AS worried as I was about Oliver being in Disney and not having power or food, etc. Or my nieces experiencing the horror of a natural disaster. I'm much better when I'm not in Jewish-mother mode.

Cody sent me a video of a Tupac song about his mom and how she always was there for him and all and I was like... "are you trying to make me cry?" because... seriously... I was emotional all day between the migraine and worrying over everybody. When Cody texted and told me they were turning around I broke down. The only reply I gave him was, "whew". It was like the weight of the world was lifted off of my shoulders. I was also having a major autoimmune flare. My cheeks were so red and hot that they were almost purple. I kept holding cold things against my face to try to make it not burn so much - like a can of San Pellagrino. (it's a fizzy flavored water). 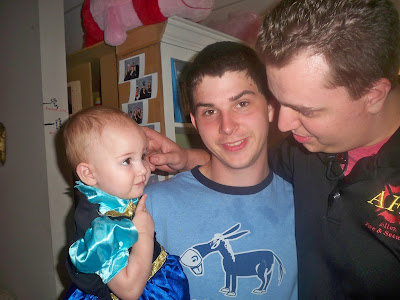 In other news... did you know Tori Spelling is pregnant with her fifth kid? She almost died from placenta previa with the last one. I think (but don't quote me on it) that there's a higher chance of those kind of issues once you've had them before but. I don't really have an opinion on her having another baby I'm just surprised that she is.

A vlogger that I watch is also pregnant. She announced it yesterday by showing her already huge bump, which I thought was amusing.

I've watched the weather channel nonstop for the past 36 hours so... forgive me if there's nothing all that interesting to blog about. I'm trying.

I've invented a new keurig drink. I took a chai tea k-cup and mixed it with a packet of the hot apple cider mix and it was really tasty. I also mixed a cappuccino k-cup and added a packet of hot chocolate and it was also quite nice. 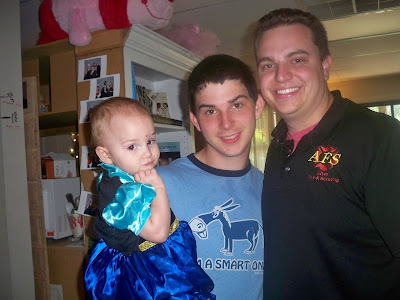 My mom and I have been sharing dog-watching duties for Cody's dog Sammy. He's a long haired black dachshund. He and Oscar tend to have little competitions over marking their territory when they're together so we figured out if Sammy stays with me during the day and with Mawmaw at night, there is less marking and less barking. He is whining a bit right now but I think that's more from missing his mama and daddy than it is from missing Oscar. The cats are not in agreement with this arrangement. They keep giving me these looks that seem to say, "what fresh hell is this that you've subjected us to?" And I just laugh. They have such a rough life.... all sprawled out on the screened porch lounging the day away.

I forgot to share this little funny story that happened with Cosette when she was with us on Wednesday. Little Kitty has one of those cat scratching posts with a little perch for him to rest on. He reached his front paws against the scratching post and arched his tail end into the air and gave a good stretch. Cosy was watching and when he went away she tried to get in the same position with her own little tail in the air! It was so funny! I asked if her she was a kitty-cat and she looked embarrassed. 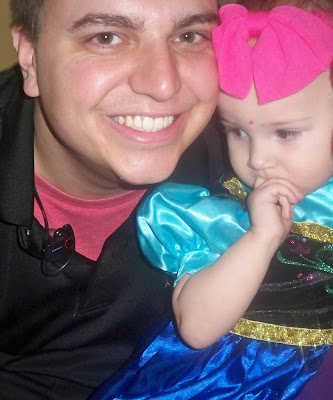 The photos in this blog are from Wednesday. Cosette was slooooowly warming up to Uncle Cody. She used to scream hysterically if he got close. Then she went through a phase of going all spider monkey and climbing up whoever was holding her if he came near. She does this for most men, it's nothing against Cody. Finally she will give him the occasional smile and not freak out if he gets close while someone else is holding her. The last picture is her actually letting him be right beside her. No smile... she's very reserved about it... but we're getting there! I cropped myself out of the photo... I'm actually holding her.

Anyways. That's life here in Mom-Angst Central while I obsessively monitor Hurricane Matthew for any potential harm toward my babies. Even if my baby in Myrtle Beach will be 30 next month. You never stop worrying about them. Hope you all are safe, dry and not in harm's way! Love and hugs, y'all!