At Least They Aren't Cat Pictures

Last night I didn't sleep. Well, maybe for an hour or so but it was interrupted by Little Kitty and cold. It got chilly overnight and I was too tired to get up and close the window but I was too cold to sleep. Little Kitty was just really needy and any time I wasn't sleeping like we were siamese twins, he would repeatedly tap me on the arm until I moved closer to him. Sleep interruptions are HUGE for me because they set off a cycle of misery that I won't bore you with but trust me... my body needs sleep in the worst way. I can't nap. Our house has too much activity and it just makes me ill to get to sleep and be awakened before I've gotten sufficient sleep so it's no bueno.

On the up side... I managed to transcribe the rest of the info for Grandma's book last night, wrapping things up around 4am. I went back and corrected a few typos today, rewrote the inscription to make more sense, changed the way that I listed family members... (sidebar) you know, it's hard when there is divorce in the family. I don't want to have to list my kids' dad in my grandma's memory book. I just don't. I don't want to come across as some scarlet woman with a bunch of fatherless children but honestly, that is my Grandma's story too. Her kids' dad left her with three kids too. All three of my cousins on that side of the family have children with a person to whom they are not wed. I don't want to have asterisks all over the place. So what I did is just list the names of the people who are still in the family without any explanation. It's not like she thinks the stork dropped them off.

As a result of the no sleeping thing, I didn't go to my niece's birthday party tonight. I needed the strong pain meds today - haven't had them since Monday, which is a good thing, I always try to put days between doses when I can. I knew that if I didn't take the meds I was going to be not just sleepy but also in pain all day. I can't take handle being two dwarfs at the same time  (Sleepy and Dopey - or maybe Sleepy and Grumpy, take your pick). And she's a big girl now. Parties are more about her time with her friends and not about hanging out with relatives. We get lots of quality time together. Of course, not going meant I was dogsitting which meant that I was actually moving around a lot more than I would have been at a party. It doesn't hurt the dogs' feelings when I'm grumpy with them.

I got notice from Social Security today that they denied my appeal. On to round three. Again they say that they can tell from my medical records that I can't work as much but they can't tell if I can work at all. I had sort of prepared myself mentally for this and so it wasn't a huge surprise or disappointment. I would have loved an approval but honestly, I had expected each round to take six months and instead I've gotten through two rounds in less than six months. So at least the no's are coming faster. I've heard lots of stories about people who are more profoundly disabled than me (in a wheelchair, for instance) who had to go through several rounds as well. It's part of the game.

After working hard and getting Grandma's book ready to go to press, I discovered another photo album that had much better pictures than the ones I was using, especially of her as a child. I took another hour this afternoon to go back through and rework some of the layouts and I'm pleased with how it came out. Honestly, working on yearbook staff in 8th grade helps a lot in putting these kind of things together. I'm using Shutterfly which is relatively user friendly but for some pages they didn't have a layout that would work for what I had in mind so I had to create my own page. I'm pleased with how it came out.

While I was sorting through the archives this week I came across a collection of photos of a lady named Kathryn Holmes and her Mother, Father, Brother. She was born around 1901 so these were OOOOOLD pictures. I had seen her name in some of Grandma's writings and she is always described as a distant cousin. I figured... since I'm a pro at ancestry.com that I could figure out the exact link that her family has to ours and perhaps share some of these old treasures with her other relatives. I won't bore you with every step in the process but suffice to say, I haven't had any success. I asked my dad and he got Grandma on the phone but all she could tell me is what was she had already written - she's a distant cousin. I asked if it was a legitimate family link or was it one of those Southern things where you call folks, "cousin" or "aunt" if they're close enough friends that they seem like family. She thinks it's legitimate. She had a few other things she wanted to share with me but Pop had to go - and I was on his phone - so I'll call her back tomorrow and see what we come up with. I do know that Kathryn never married. She worked for the U.S. Navy as a civilian employee during WWII. She lived part of her life in Macon, Georgia. It's just a big mystery to me how we connect. I'll share those photos with you, tonight, if you're not bored with my throwback photos this week.

Anyways... so that was my day. Hoping to feel well enough to go see my niece cheer tomorrow morning. Then Mawmaw and the doggies are heading back home for a week or so and it'll be just me and the kid for a bit.

Happy weekend... love and hugs, y'all! 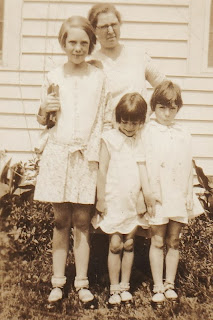 Great-Grandma Sarah Ward and her daughters - Jane, Bette and Leta.  Leta is my grandmother. 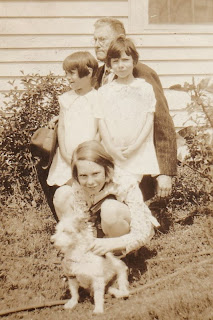 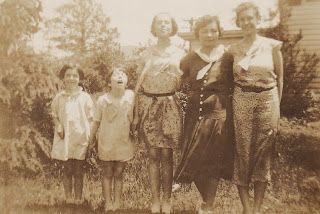 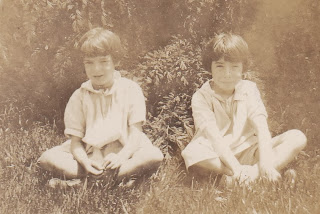 This would be two Steel Magnolias in training: My Great-Aunt Bette and Grandma 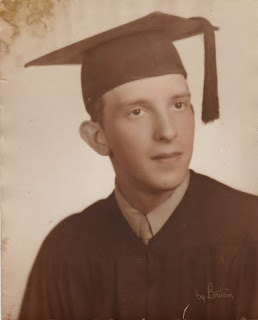 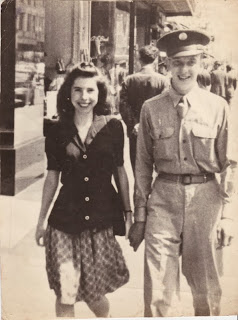 Leta and Bruce while dating in Washington, DC 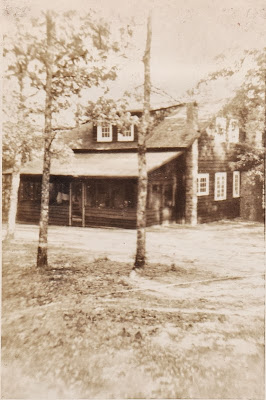 Honeymoon Cottage loaned to them by cousins. It was in Cloudland, GA. 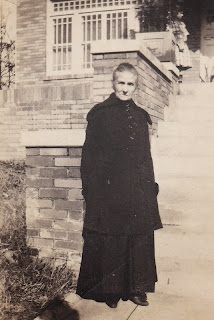 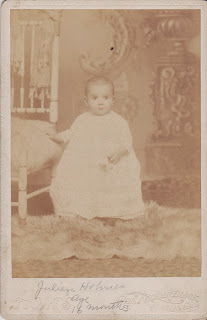 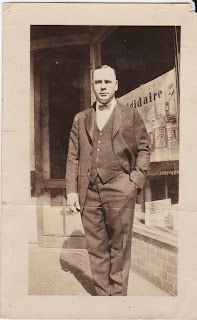 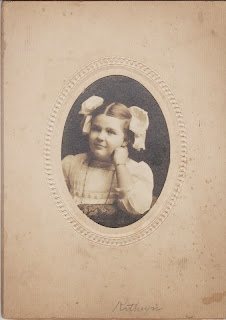 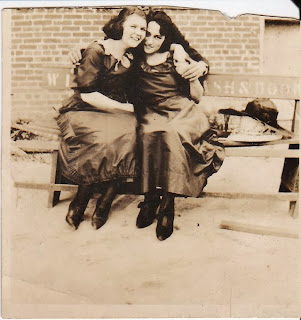 Kathryn Holmes with a friend. She never married but at one time Grandma was in possession of all the love letters she had received. I didn't find anything juicy like that. 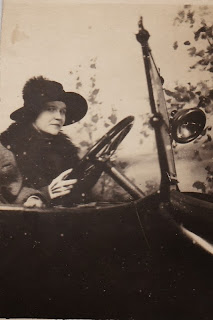 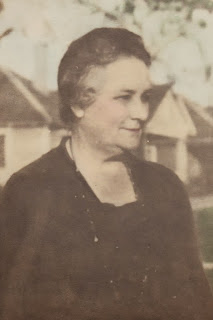 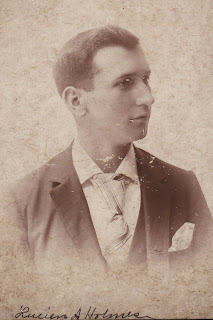 Lucien Holmes. Not sure if this is the elder or the younger. 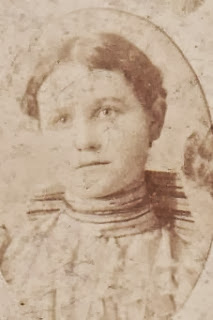 Mary Holmes as a young woman. I believe she was born around 1870. 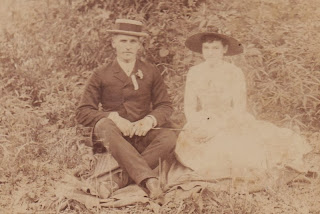 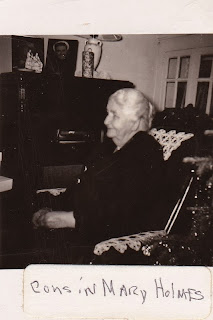 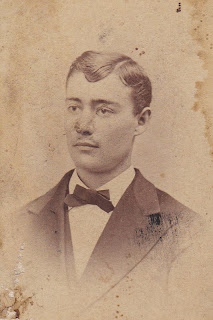 Dapper looking Lucien Holmes. Is it the father or the son? 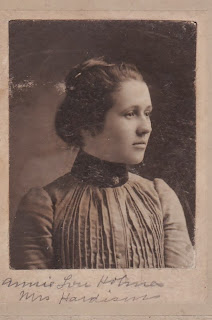 Mystery part deux, Annie Lou Holmes - "Mrs Hardison". I couldn't find her at any point listed in the census with Kathryn's immediately family. Mary Holmes DOES answer on a census record that she had given birth to four children, three were still living. We've only got photos of Julian as a small child - did he die young and Annie Lou is the missing sibling? 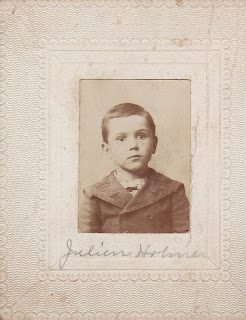 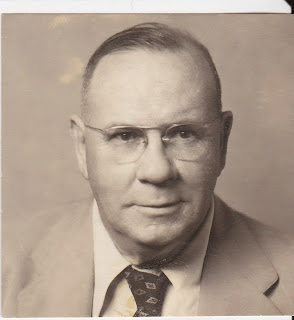 These photos seem to be me be squarely in the 30's. That would be about the right time/age that younger Lucien would be. 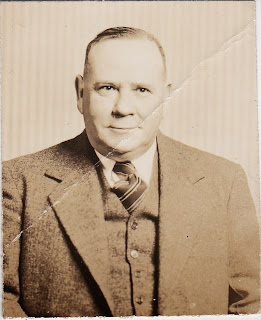 That's all folks! Now that my project is over I'll be back to pictures of cats and trees. Good times!

Oh my Lord! What wonderful photos you have. Love that you are doing this and can go so far back. It's awesome! Stay well...xx