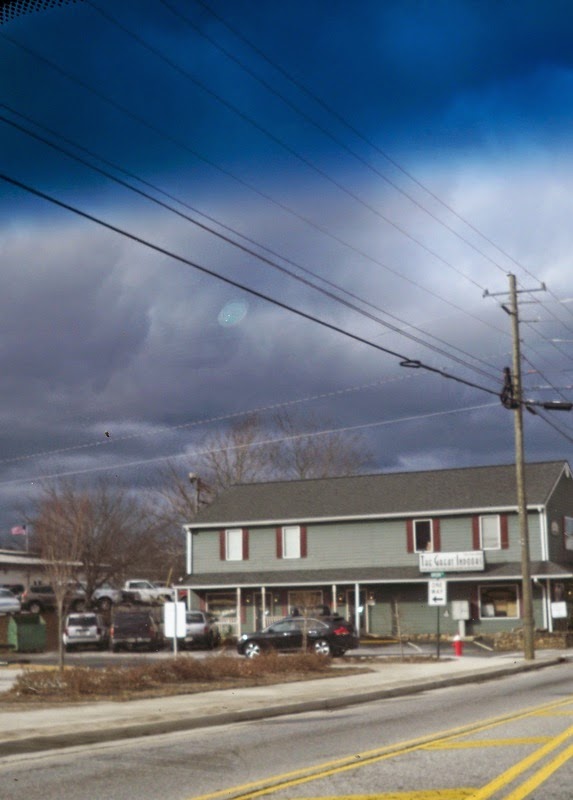 I've been under the dark cloud of being uninsured for almost three years. Affordable Health Care is a myth, a joke, an unrealistic proposition in my life. In addition to living with disabling back pain for four years,  for about a year and a half I've been living with this Crazy Gut Pain that leaves me unable to function and have been unable to diagnose this mystery pain because I have not had access to affordable health care.

So... last week when I went to the clinic the doctor there wanted to schedule me for an ultrasound to start the process of diagnosing the Crazy Gut Pain. (Formerly known as Evil Gut Pain). Last year they did not have any way to pay for diagnostic imaging. For whatever reason, unknown to me at the time, they were now able to make arrangements for me. I was cautiously optimistic but relieved to finally possibly be getting not just relief from the pain but peace of mind. It's hard living everyday with pain that could be - anything - and not be able to know what it is.

And then... on Monday afternoon I got a call from the pre-admission people at the Imaging Center wanting to help me make financial arrangements since I was "self-pay". "Self-pay" is a sort of more dignified way of saying uninsured. The cost of the ultrasound was $800+ but they would let me pay $600 at the time of the procedure and make payments on the rest. I haven't worked in 22 months. There was no way I could personally handle that expense. I do have some money generously donated toward my medical expenses by a family member but not that much. Since the clinic is only open on Tuesdays and Wednesdays, I knew I wasn't going to get in touch with anyone before time for my appointment the next day so I just cancelled the appointment.

At that point I just had a chat with God and said, "ok... if this is something that needs to be treated now, I'm trusting you to make a way. If not, I'm going to believe that this pain is nothing to worry about and wait for circumstances to change." Amen. End of story.

Yesterday the lady who runs the clinic called me back and said, "we applied for indigent care for you through the hospital. That's where the funding comes from." Ok. That makes more sense. She said that they had filled out the application for me and submitted it to the hospital. SO... I called back the nice lady at the Imaging Center (I guess I should explain that the Imaging Center is part of the hospital) and told her how we were anticipating paying for the ultrasound - through the charity program at the hospital. With the dots connected, she was able to contact the right person to see if I had been approved.

She called me right back (I told you she was a gem) and told me that my paperwork was being reviewed and she would call me back today, Wednesday, to let me know what the decision was. I wasn't really *worried* about the decision because I had already let it go. I was either going to be able to get this ultrasound (which still may not even be enough to determine the cause of the pain) or I was going to not worry about it. It's all about that whole serenity thing. I can't worry about the things I can't fix.

This afternoon she called back. Well - afternoon/evening - and said that I had been approved for Charity Care at one hundred percent meaning that anything (non-elective) I have done through the hospital is covered at one hundred percent through August of this year. At that point I can re-apply if needed. She said, "whatever you need done, get it taken care of while you have the opportunity." I don't even know what I said back to her. Shock. I was/am in shock.

I don't know a lot about this program and what all is covered but at least I know that if I need to go to the ER, I can. If the Crazy Gut Pain needs surgical resolution, I can do it. I don't have to worry about spending the rest of my life in debt due to medical expenses.  I don't know if the doctors are covered because most of the doctors I see (saw, past tense, back when I had insurance) were part of the same hospital system but at least we're just worrying about paying for the doctor and not the hospital too. When I see my pain doctor later this month, I can see what diagnostic tests we may have been putting off that we can do now.

And so finally, at least for the time being, I have discovered the path to Affordable Health Care. 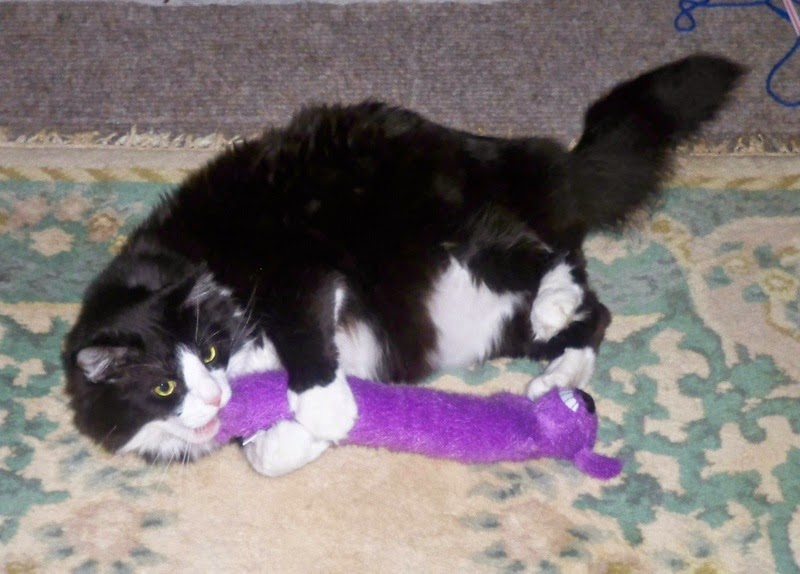 This picture makes me laugh because Little Kitty was passively expressing his displeasure with Oscar sitting in my lap. I'm using it because this story has a happy ending.