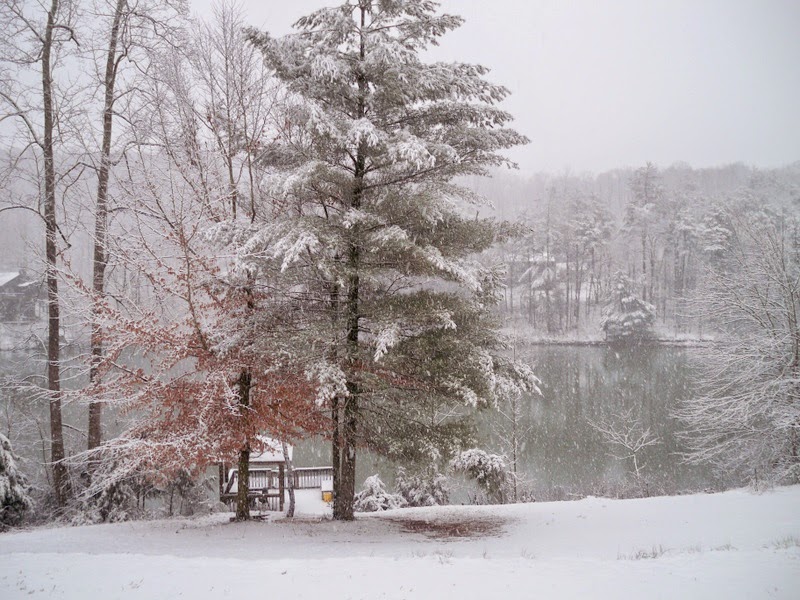 Remember back when I predicted this was going to be a Winter of No Snow? It happens here sometimes. I love a good snowstorm as long as it's well planned and none of my loved ones are inconvenienced. Having a Winter of No Snow is a tiny disappointment so I thought that declaring a Winter of No Snow was a way to make it a win/win situation. If we had a Winter of No Snow my prediction skills would be validated. If I was wrong and we had snow, I would get to enjoy a little wintry precip. Yesterday morning we woke up to this amazing snow globe of a day and today we're expecting 4 to 8 inches of snow. Color me content. 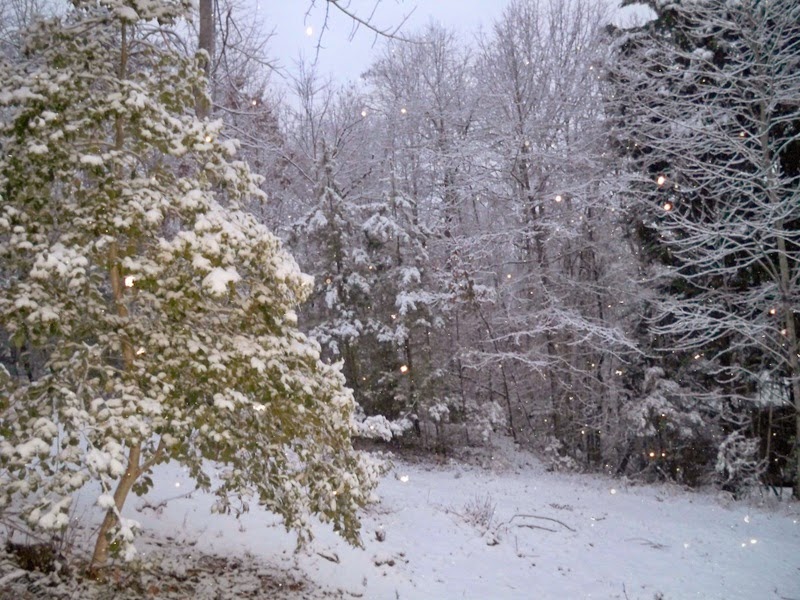 That's not to say that the big event is without complications. I had two visits scheduled at the clinic today, one for repeat labs and one for my re-eligibility for services. These were originally scheduled for three weeks ago and I just couldn't that day. I got up this morning, got glammed and put on "wear in public" clothes AND shoes and headed out into the post-yesterday-storm whiteness and pre-today's-storm clear roads. We don't expect our additional precip until afternoon so I thought I was good. Then I stepped on the porch and slid. Not as in... fell down.. just as in my sneakers were sliding across the porch. Pop went and walked up the driveway and said it didn't seem slick, just the porch but my anxiety kicked in and I realized that there would be many opportunities for surfaces to be slicker than snail snot on my adventure. I called and spoke with the head of the clinic and she concurred that it was ok to postpone these two appointments. 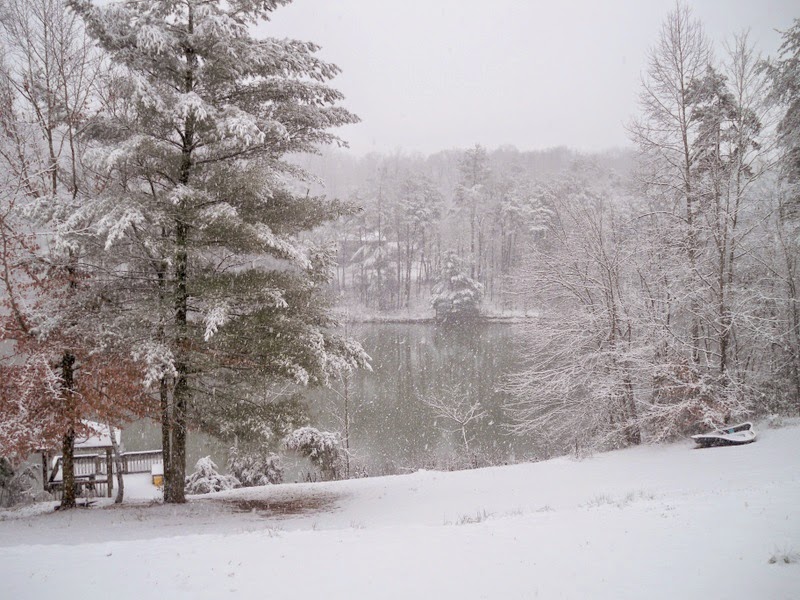 Once I thought hard about it I remembered that we were retesting my cholesterol to see if the change in medication had brought it down and... I haven't been able to get the cholesterol meds because there was a problem between the clinic and the pharmacy in getting the prescription filled. Part of the problem is that the clinic is only open two days a week so if I try to refill a prescription with no refills on a day other than the days the clinic is open the pharmacy will determine they are unable to confirm the refill and set aside the request. It's an inconvenience but not tragic. I had extras of my main blood pressure meds so I'm ok. 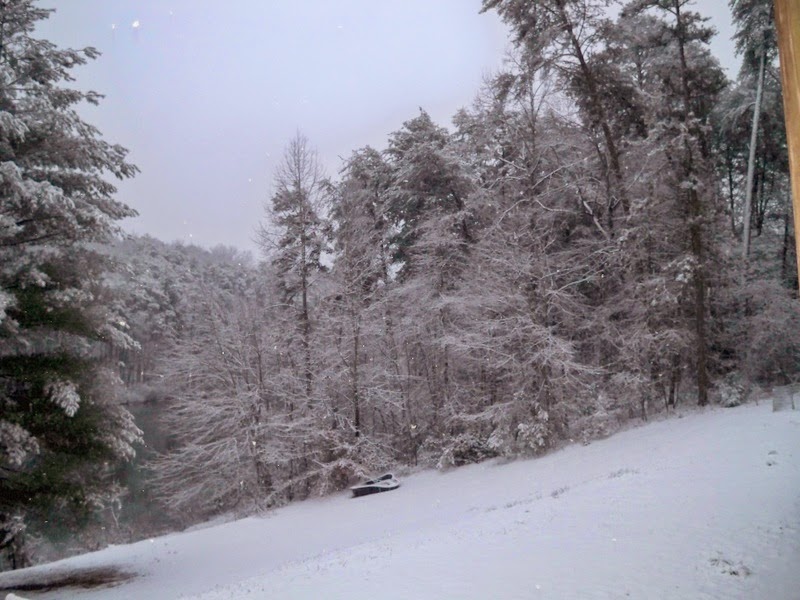 Tomorrow we're heading to Gainesville so Pop can see an oral surgeon and I'm afraid that appointment will be fraught will peril but we shall see. Tasha has an appointment at the OB tomorrow for an ultrasound and Friday to see the midwife. Not sure if those appointments will be possible but we are supposed to have temperatures above freezing after the snow so I think the roads will clear quickly. I think I would have done better today if I could have had appointments scheduled after the temperatures have risen above freezing for a few hours but you can't do that with fasting bloodwork. 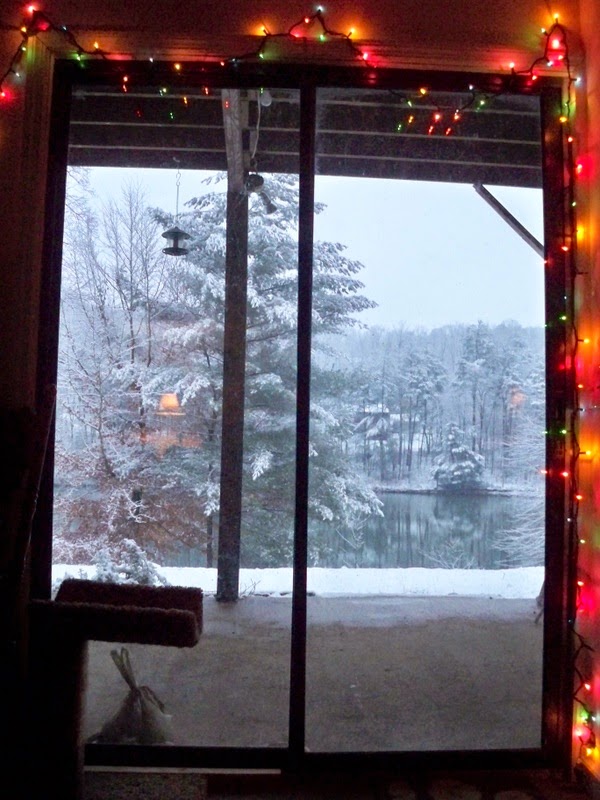 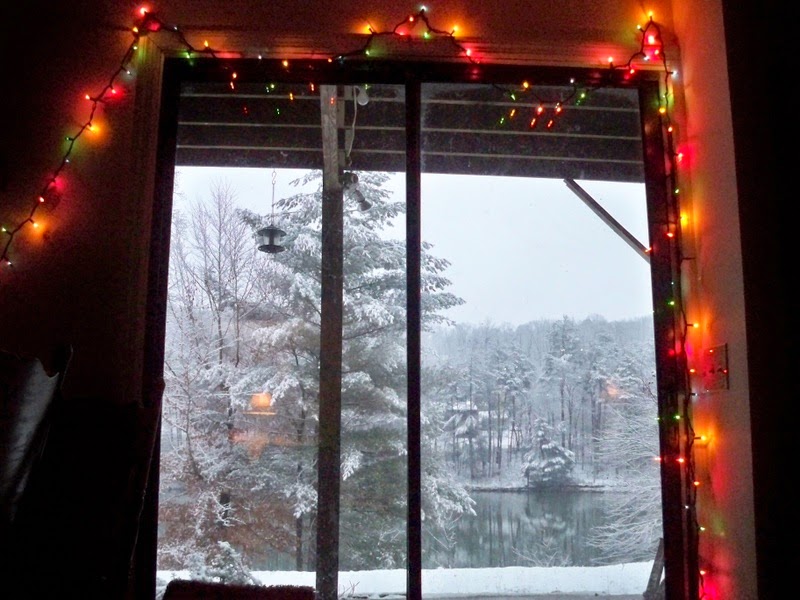 Secret. I am not allowed to share yet because there are family members that Marquee hasn't been able to contact yet and they don't want anyone to find out via internet. I understand. I respect it but keeping secrets has never been one of my best traits. I just about had to stay off Facebook yesterday and may or may not have driven my daughter-in-law crazy texting to see if I could tell YET. Cody called last night and said, "nope. not yet." I'm respecting their wishes because I believe first and foremost that parents have the right to do things the way they feel is best for their child and this is my first opportunity to honor that. I promise that as soon as I can tell, I'll tell. We were able to gather a few details yesterday regarding the death of my mom's brother. He had been in bad shape for awhile and had not wanted anyone to know. I remember when my granddaddy (his father) was dying of brain cancer and was in the hospital for those last few days. It was decided that the younger grandchildren would not see him in that condition. I can't tell you for sure who made that decision but I'm glad of it. I spent a lot of time with my grandparents when granddaddy was being treated for cancer, before he went in the hospital that final time. He would sit on the back porch and I would do cartwheels across the back yard to entertain him (and myself). He would smile and make a loop in the air with his finger to confirm that he had seen what I was doing. I don't remember a lot of what he said but I do remember his presence. Now with grandma... she died when I was thirty so I remember a lot of conversations with her, too many probably! But my memories of granddaddy are the scents of cigarette smoke, soil and sweat - and not in a stinky, gross way, just that combination being uniquely him. Of course we want to be there for family members as they are suffering but end of life dignity trumps all other needs for closure or anything else.

So that's it for now. I'll have more snow photos and hopefully news about Baby Peanut Espericueta Sauls to share later this week. Stay safe and warm! Love and hugs!