A Little Whine and A Lot of Cheese 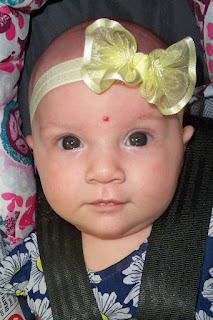 I have written so many blog entries in my head over the past week that I was surprised to see that I haven't posted anything at all since last Tuesday. Wish I could remember those awesome posts that I wrote in my head but every time I sleep it's like my brain becomes an etch-a-sketch after it's been shaken.

Some things I can remember...

Yesterday my parents closed on the sale of my childhood home at 6766 Sherwood Dr, Riverdale, Georgia. They had owned it since 1976 and, if I recall correctly, paid $25,000 for it. Sadly, they didn't get much more than that when they sold it. Home values in that area have decreased immensely over the past ten+ years. That's how they were able to acquire the house next door, which is where Cody and Marquee live.

We sure got a lot of use out of that old house, though, it has been home to myself and my four brothers, two of my kids, my kids' dad, my brother's girlfriend... not all at the same time, of course. Most of the people I went to school with have seen their childhood home sold long ago. My parents just adapted to the changing community and as the houses around them were sold they would make an effort to be good neighbors to the people who replaced the old neighbors.


Anyways... selling the house meant that my parents went down to spend the night Sunday night with my aunt and uncle so they didn't have to drive down and back on the same day. I had Austin and Tasha come spend the night so they could help with Lady dog. I got some great bonding time with Cosette but she was pretty fussy both Sunday night and yesterday. I spent a lot of time holding her and bouncing and I'm definitely feeling the pain from that now.

Also... Evil Gut Pain has had an extended visit this time. I'm back to calling it Evil instead of Crazy Gut Pain because anything that makes life so miserable must surely be of the devil. I don't think... well, I know for sure... I haven't told you about my latest doctor visit about it because it was Friday and I haven't posted since then.

The following paragraph involves discussion of "girl stuff" so if you don't want to be exposed to TMI, skip this part that is in italics.

Basically we've gone through a process of elimination to determine what the heck is going on. My primary care physician has overseen the process. Friday's visit was with the Gyn because we just can't escape the fact that the pain is at it's worst when I'm ovulating or when it would be that time of the month, although the surgery I had seven years ago makes it so I don't have an actual period. I have premenstrual migraines like I've had for all of my life and I have a few other things that clue me into what time of the month it is, even though I don't have the usual evidence. The doctor I saw last Friday believes that I may have a complication from that surgery seven years ago. He's had several patients who had scar tissue or other problems from that particular procedure. It could also be a recurrence of the problem that led to the surgery in the first place... or it could be a problem from having my tubes tied. At any rate... I saw him here in Cleveland in a satellite office where he works one day a week. He wants me to go down to his main office in Gainesville and have his Sonographer redo the ultrasound I had done in February. He thinks that she will be able to look for specific things that might not be apparent to a technician who isn't as experienced in that area.

So that's what I'll do. I am anxious that we will reach a point where nobody can figure out what's causing the pain and having eliminated the big, scary possibilities, it just ends up being something else I just have to live with. Frankly, I'm tired of having to "just live with" so many things that cause pain. This time the Evil Gut Pain has been present to some degree or another for almost two weeks straight which has never happened before - that I can remember. My back HURTS almost all the time. My head HURTS bad enough and often enough to be a nuisance. My hip HURTS any time I walk too much or climb stairs or when the weather is bad. My shoulders HURT. My hands HURT from arthritis. I mean, you get the point. There are just too many things that fall in the category of "just learn to live with it". Also, my blood pressure was pretty durn high on Friday, almost certainly because of the pain and the stress of seeing yet another doctor about this.

At any rate... this blog entry ended up much more whiny than I thought it would. Sorry for that! Nobody wants to be around a whiner, do they? SO... other news...

Remember when we had the bad weather and I started feeding a stray cat? We named her Rosalita. Recently she started bringing her friend, who I christened Sneaky Boy because he used to run away if he saw anyone coming. I've been feeding my fat, indoor cats a little less and feeding these two the rest. I really have no idea if they're boys/girls. I just decided long hair must mean girl and short hair must mean boy. You can't argue with that logic, can you? They wait patiently by the backdoor and Little Kitty comes and taps my arm and makes his sweet little meow to tell me they're waiting. 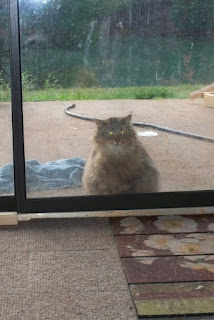 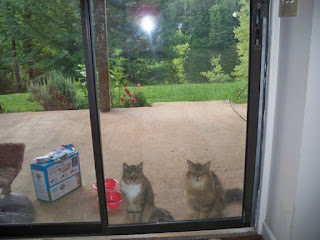 We are getting much closer to time for Oliver to be born! I'm anxious about the logistics of when to go, where to go, etc. I've told Cody to call me at the very first pain so I can avoid taking meds that might make it hard to drive. We won't necessarily go down right away... it's a 2 hour drive, though, so we won't want to wait too long. Marquee, like Tasha and much like myself doesn't want anyone in the delivery room with her except Cody. I totally agree with her. I just keep thinking about how long it took for us to be able to actually go back to meet Cosette after she was born and how short that visit was. My preference would be to go on down there and be ready to go to the hospital when she's pushing but I know I won't be able to stand the suspense of not being there to get updates because nobody has time to make phone calls during the process. I'm also DYING to get a cousin picture at the youngest possible age of Cosette and Oliver together but that will be tricky because I don't think I can take a baby to the patient rooms at the hospital and Marquee isn't wanting to have company over when she gets home. Also, Tasha's not crazy about the idea of being a hundred miles away from home, which I totally get. It takes a homebody to fully appreciate being a homebody. I also want to get the five generation picture with Grandma Leta, Pop, me, Austin and Cosette which has also proven difficult because the two days a week Austin doesn't work are two days a week that Pop is busy.

I guess I've chatted enough for today. Thus ends the whine and now for the cheese - I'll leave you with a photo dump for those who aren't able to get on Facebook or might have missed these... Love and hugs, y'all!

First... my new addiction... Swedish fish. Me, Pop and my brother Bryan were at a Walmart in Connecticut buying snacks for the rental house. Bryan picked out Swedish fish and I said, "ewwww... I don't like those." Fast forward a few weeks and I'm having a late night sugar craving here at home. I start digging through the leftover snacks from our trip and decide to give the old fish a try. I AM SO ADDICTED! Fun fact, though... did you know Swedish fish are made in Canada? 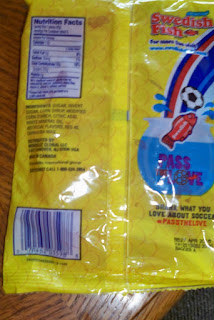 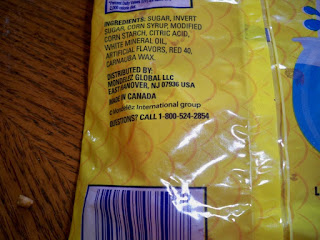 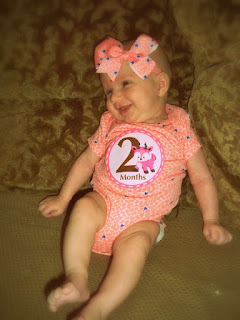 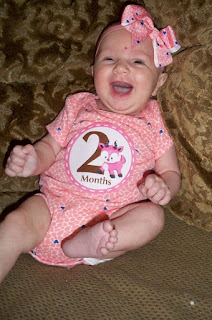 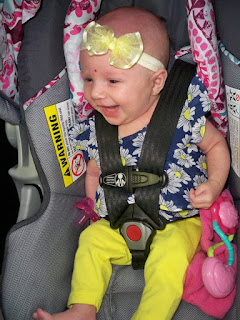 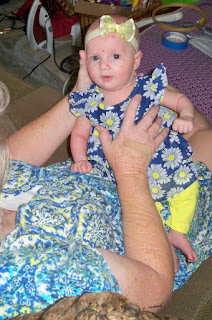