Going To The Chapel - Day 6 - The Morning After

There's got to be a morning after....

I can't remember exactly what time I woke up on the day after the wedding but it was later than usual and earlier than I wanted. I very much wanted to just curl up with my laptop and edit photos from the day before but it was travel day and we had a brunch to go to.

I wish every Sunday included brunch at Tantummaheag under the big top but alas, I live in Georgia and the tent was only a temporary fixture. I should have taken a better picture of the buffet because YUM! Donuts driven up from New York, omelet station, fruit, amazing bagels with salmon... lots of great food with a side order of family. It was our last time to be in the bubble of magic that was Helen and Bryan's wedding. I was so tired but still running on adrenaline and although I had a great time, I was excited to be going home. 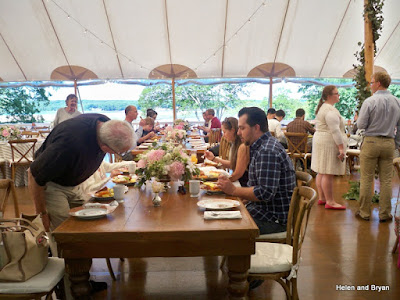 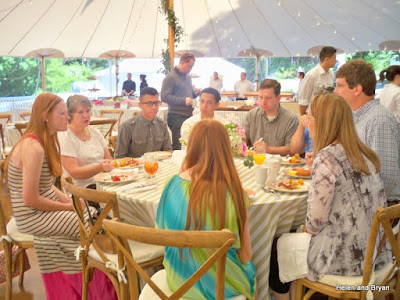 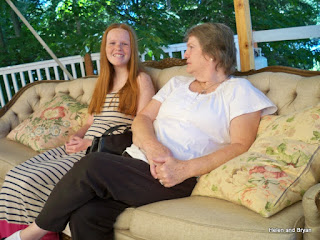 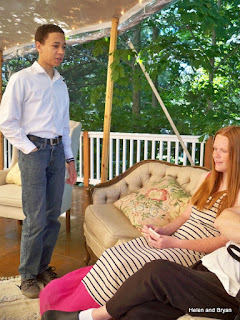 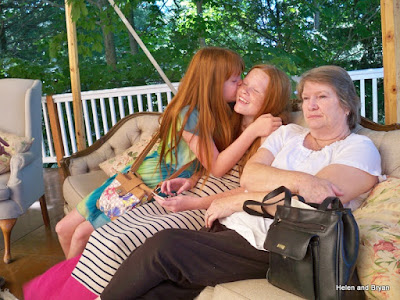 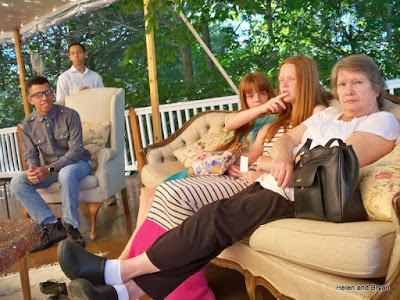 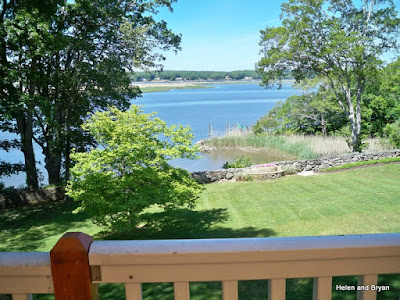 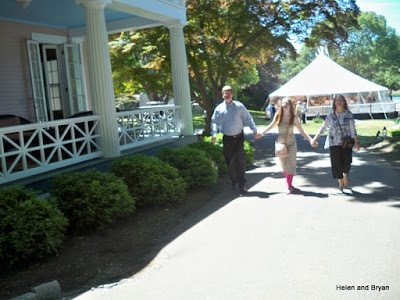 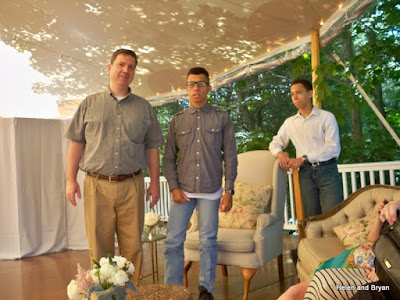 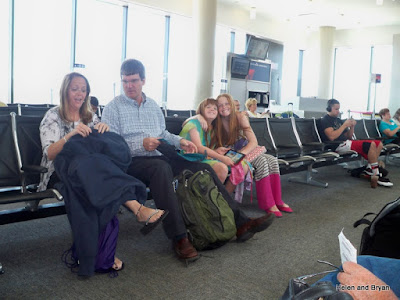 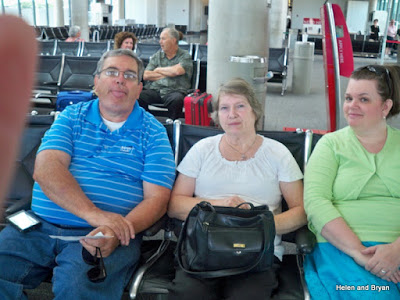 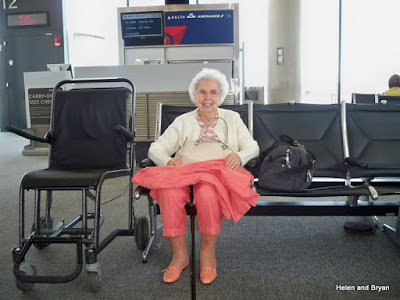 After we ate we just kind of lounged around and enjoyed each other's company until time for us to head to Hartford, Connecticut where we were catching a flight to Atlanta. It turned out that Uncle Bruce and Aunt Vicky, Grandma, Jim and Angie and the girls were all on the same flight as we were so we got extended bonding time hanging out at the airport together. 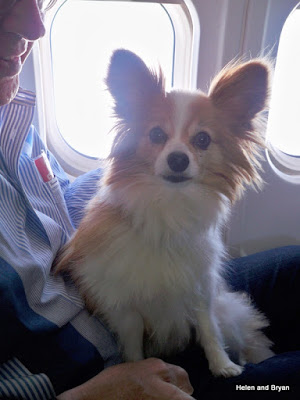 Have I mentioned that we flew first class both ways on our trip? It didn't cost too much more and it was hugely helpful to have the extra room. My seatmate on the trip home was Licky Ricky and his daddy. This little guy was so well behaved - never barked once - and even let me cuddle him for a little while when his dad had his snack. It made us all homesick for our furbabies and we couldn't wait to get home!

Once again Delta gets a zero for wheelchair assistance at the Atlanta airport. There was fortunately one waiting for Grandma out on the jet way (no way she could have walked all the way up the jet way) but the wheelchairs my mom and I requested at the gate weren't there. The Delta gate agent was super snappy and rude about it, saying that it wasn't Delta's responsibility, that it was the airport vendor who provided the wheelchairs. Pop said, "yes, but we bought our tickets through Delta". It just baffles me that it works seamlessly when we fly into LaGuardia but so far is 0 for 2 in Atlanta. We found a second wheelchair but no one to push it. They asked if Pop could push it and he said, "no" because why should he? He's in no shape to be pushing a wheelchair. Finally after a little wait we got the chariots and chariot drivers for our parade through the Atlanta Airport.

We had a little bit of confusion picking up bags because nobody remembered Grandma's walker. It wasn't on the baggage carousel because it was too big. Grandma's boarding pass had two baggage stickers on it so we knew there had to be something else but Grandma couldn't remember what that second thing was and we were all so exhausted that it didn't occur to us that it was the walker. We figured it out as we got off the shuttle bus in the parking lot so we had to drive back around the airport to the short term parking while Pop went in to retrieve the walker.

Just for the record... a Volkswagen Jetta does not have enough space for four humans, all their luggage and a walker. We had to have the walker in the backseat with me and mom and I had to turn sideways in the seat for it to fit. Riding sideways from the Atlanta Airport to Woodstock in traffic is no bueno. My back was screaming, I was having major hot flashes, my legs were so swollen that all of my joints were hot and hurting. I hung tough all week but that last little bit was absolutely the worst part of the journey. We took Grandma to her assisted living home and then made the hour plus drive home to Cleveland, Georgia.

Fortunately I had remembered to have Austin record the Tony Awards for me as we didn't make it home until after 9pm. I was too tired to watch the Tonys that night and ended up watching it on Thursday while Austin, Tasha and Cosette were over. Baby's First Tony Awards!

If you click this link you can see some bonus photos that the Wedding Planner took of the wedding weekend. She got much better shots than me! Just look for the #helenandbryan. In my next entry I will share some bonus photos and stuff I forgot from each day. Hope you enjoyed my recap.... now we can get ready for the next big thing: BABY OLIVER!

Your grandma looks great.
This was the best wedding ever that I didn't attend.
Thanks for sharing.
Take care,
m~