Going To The Chapel, Day 2, Wicked 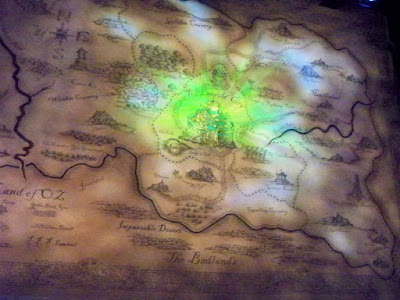 The main reason we elected to spend the first part of our trip in New York was to be able to attend Sarabeth and Jamie's first Broadway show ever. They're more aware of the magic of live theater thanks to their Mom's musical background (percussionist, music teacher, leading music in church, etc) and thanks to Aunt Heather's efforts to expose them to movie musicals in the stuff I DVR for them to watch. They had seen the National Tour of Wicked at the Fox Theater in Atlanta. I had seen the National Tour in Boston nine years ago. We all love the show so much that we thought it would be fun to see it together in New York.

Since Mawmaw, Pop and myself are staying in Pelham, a suburb of New York City, we needed to get into the city to see the show. Once again my future sister-in-law took care of us and arranged for a car service to get us there and back. Let me just tell you, the whole business of a sleek black car pulling up, uniform driver getting out to open the door for me, front door service at my destination is a life I could quickly get used to! 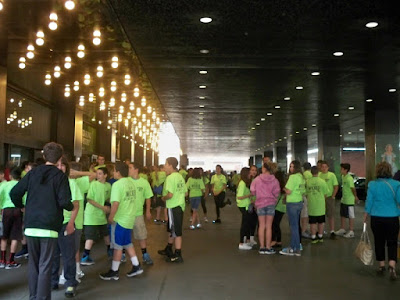 Once we got to the theater we realized it was school field trip day. The noise level out in front of the theater with all those kids and the construction going on beside the theater was deafening! I was afraid we were going to have to put up with their endless chatter throughout the show. Fortunately we had really, really, REALLY good seats and they were further back. I didn't hear anything from them during the show. A part of me was hoping they'd break out in a singalong and I'd be able to join in but... no. They were fine. You did have to elbow past them at every entrance but I have to say that on the whole I approve of exposing kids to live theater. It's good for the future of theater. 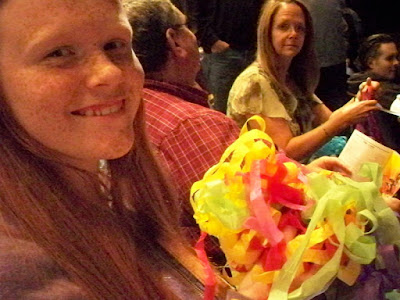 Our seats were fourth, maybe fifth row back, center stage. Great. Seats. We were able to enjoy the special effects (such as streamers being shot out over the audience which we saved as souvenirs ) and were close enough to really study the production. I had watched a youtube series about the behind the scenes of the show and was able to watch for some of the things I'd seen. This was only my second Broadway show and the closest I've ever sat through a musical (that I wasn't working on). I have to say that it's a whole different experience close up. One that I rather like and am spoiled by... I may never be able to stand the balcony again!

Of course, photography is not permitted during the show so you'll have to settle for cheesy shots of us in the crowd. Sarabeth loved the entire show, except for the part that includes a little romance with the kissing and cuddling. She covered her eyes. Jamie loved the entire show. Every second. Watching them watch the show was as fun for me as watching the show itself! We could also see the conductor and that was way fun! It was just a fabulous experience from start to finish and I'm so grateful for the opportunity to go.

I hinted about the girls being "discovered" in the New York Public Library. There's a guy from HBO making a documentary about people being extroverted and introverted. The two of them are a great example of two people raised in the same environment whose personalities fall in extroverted/introverted categories. Sarabeth is the introvert. Jamie is the extrovert. The guy asked them a lot of questions on camera and showed Angie a snippet that demonstrated their body language during the shoot. It's interesting how Jamie speaks up for Sarabeth at times (although Sarabeth is quite articulate in her own right) and how they hold hands and support each other. Angie signed a release for them to use the footage of the girls and is supposed to me updated when it's going to be shown. I know I sound like an obsessed aunt but honestly, these two are really something special and have no idea of just how beautiful and rare they are!

In other news from yesterday... I had a bagel for breakfast, two vegetarian chicken patties with pesto for lunch and a big bowl of ice cream - quadruple scoop, four different flavors with chocolate and caramel syrup for dinner. Plus cookies. Plus popcorn. Woefully devoid of real nutrition but perfectly suited to my tastes and desires. Staying here at the bride's parents' home has been a real treat for us and the full pantry/fridge was a huge bonus!

Pain wise... I've been in pain. My back is inflamed enough now that I can't tell when I have to go to the bathroom. Sorry if that's TMI. It's just part of the progression of things. It's not that I can't control it, I can. I just have to remember to get up and go periodically. Of course, the bonus there is that I was able to sleep ALL NIGHT without having to get up and go to the bathroom every hour or two as I usually do. I've slept so well these past two nights between the great mattress and not having to wake up to pee! Not having to pee every hour really helped on the ride home from the city yesterday as we were stuck in traffic the entire way!

This morning Pop is picking up the rental car and we'll drive to Connecticut. I *think* the place we're staying has wifi but if not, I'll just make notes and catch up on the rest of the trip when I get home. The girls and I are looking forward to having a spend the night party as a bonus on the rest of our trip since we'll be staying in the same house! 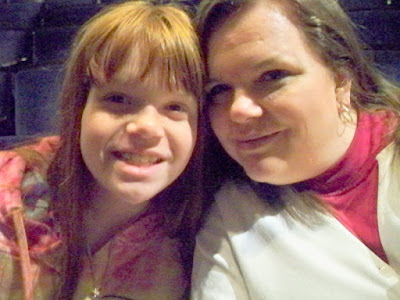 I am having a wonderful time! Wish you were here! Enjoy the rest of the photos and have a great day! Love and hugs, y'all.... 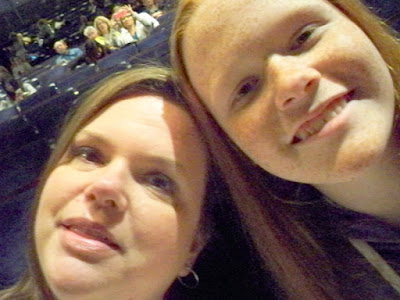 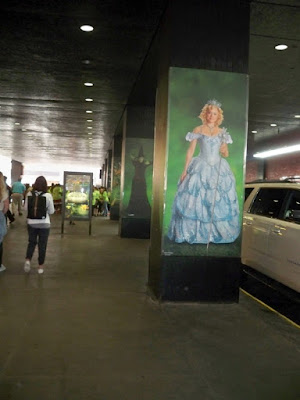 You are living the dream. The fact that you get a new "sister" is just the icing on the cake.
I'm glad you are able to sleep well. That's a life saver for sure.
I'm sure tomorrow is a big day too.
Have fun!
m~