I think everyone has weighed in on the events in Paris Friday night. Between Facebook, Twitter and Instagram - oh yeah, on YouTube too - I've seen hundreds of opinions and kind thoughts and prayers and statements of solidarity. I've got an opinion about it too, I guess. It just fits neatly inside a box of thoughts that I've had for about a week for a lot of different reasons. I don't know if my four or five or however-many-days-it's-been headache will allow me to articulate things in a way that makes sense but for the sake of posterity I'll give it a shot.

Here's the thing: we're facing an enemy who, at the very core of their being, believe it is their duty to eliminate the infidels. We are the infidels, at least in their perspective. We're facing an enemy that feels that their greatest possible reward in the afterlife comes from wiping us, the aforementioned infidels, off the face of the Earth. I'm no great military strategist but even I can kinda figure out the way this story plays out. It's not about religion, it's about survival. It's life and death. And while I'm no great fan of our current President, granted, it's not partisan politics to think that the guy's perspective on ISIS is skewed. Just Friday he said we were containing them or had them contained or whatever (too lazy to research the exact quote). I just don't feel like he gets it, this whole "eliminate the infidel" scenario. 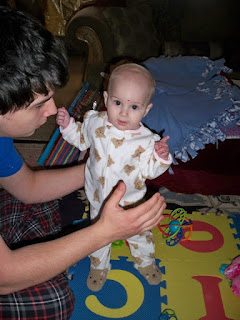 ISIS is not the only life threatening force in our lives. There is evil and sickness and... time... you know, in the whole "a time to be born, a time to die" perspective. From the moment we're born we're dying. It just takes some longer than others. All may be fair in love and war (it's really not) but there's no fairness at all in life and death.

A friend from back in my theater days is on a "once in a lifetime" type trip to Europe. She and her husband were in Paris Friday night but fortunately were safe. It definitely changed their expectation for their time there... but as of today they're in the relative safety of London. I say "relative" because we just don't know, do we? I feel somewhat insulated in my nest, a hundred miles from a major city, tucked into a small town but outside city limits in a place that you wouldn't find unless you were looking for it. 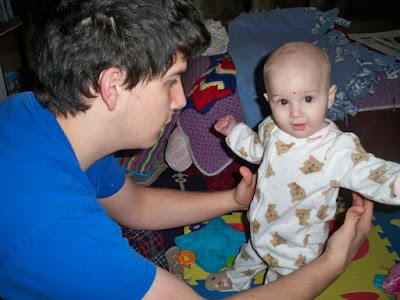 Yesterday (Sunday) Austin, Tasha and Cosette came over for a little while. I have had a sinus/cold thing going on but Austin and Tasha do too so I wasn't TOO worried about exposing Cosette. Tasha got a good nap, Austin got to rest a bit and I got some good cuddles in with my little princess. I noticed yesterday that Cosette has adapted the sign for "milk" that I've been teaching her since she was just a few weeks old into a sort of wave back toward herself as a sign for "want". It's not the actual American Sign Language for want but it's very clear that is what she means when she does it. It's amazing how early babies are able to communicate, long before they develop the ability to articulate with speech. She's so freaking smart. And adorable, of course. She is not quite sitting without wobbling a bit but she can almost stand. She has no interest in being on her tummy long enough to try to crawl. 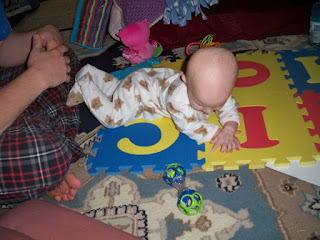 My mom and dad have a lot of doctor appointments this week so I've got a lot of dog-sitting on my agenda. I had really hoped to spend some time with Ollie before Thanksgiving and there's just no way. And of course, I don't want to expose him to my general snottiness as yet to be diagnosed but I'm thinking it's just a cold. I've almost finished my Christmas shopping and need to get busy wrapping things because it's going to take forever. I've spent way too much but have loved every minute of it. I'll get back to fiscal responsibility in the New Year.

My current screen obsession is old episodes of "What's My Line" on YouTube. I have a major crush on John Daly (who would be 101 if he were still living). There's also a reality show about people on welfare in Britain that's perfect for my mindless viewing times.

That's what's happening in my world this week. Hope you are all well and safe. Love and hugs! 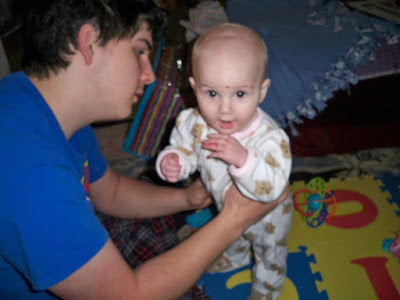