Waffle House and Other Things 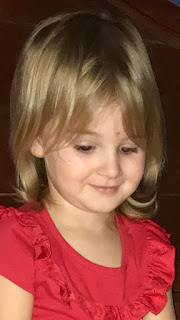 I'm so drained, y'all. I don't even know where to start. I thought that my big emotional mom moment for the week would be something dramatic happening when Austin went to the Warped Tour music festival on Tuesday. I just knew something awful was going to happen on his first drive on the interstate and first journey that far on his own. Truthfully, the worst damage was to my bank balance, since he ended up going without enough money and I had to transfer some money into his bank account to get him through the day. Times like that I want to just let consequences happen as they will so that he will learn and becomes a self-sufficient adult but there is just too much of my mama in my for that. Mawmaw would have sent him money.

But he had a great time and I know what awesome memories those kind of events make for us in our lives. I missed out on a lot by marrying and having kids young and then by being a single mom working all the time and by not having two nickels to rub together half the time. By the time I had the resources (time, money, freedom) to do things, my back was too messed up for me to do things. That's what makes my adventures with Marvin so precious to me... he makes it happen, gets me down front at concerts and drives me to New Orleans and... orders the good stuff off the menu at awesome restaurants. I want everyone I love to have those kind of special times. Cody is with Marquee today seeing some guys from YouTube that she enjoys. It's good stuff and we all deserve to make those kind of memories (just sometimes we need to budget more carefully for them, that's all I'm saying.) 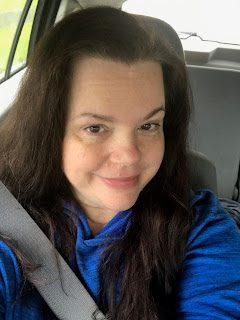 Our Thursday culinary adventure was rolling out of bed at noon and going to Waffle House with no makeup, looking like a hot mess in the pouring rain and it was PERFECT! The meal, I mean, and the experience. Not how I looked. It was exactly what I wanted at the moment and just as special of a memory for me as anything else we do. He put some of our favorite songs on the juke box and kissed me on the lips right there in the middle of Waffle House. Then he played "Mandy" by Barry Manilow five times in a row... for the listening pleasure of those who came after us. Tee hee. 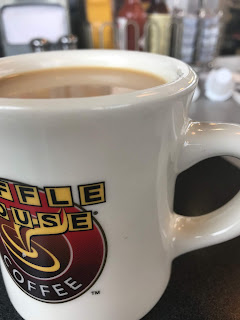 You know, it's been a year for us. It's been a year since Marvin sent me the text to let me know that his son had died the day before... and I told him that my mom was not expected to live but a few more hours. She died the next day. We kept texting and texting and talking and seeing each other and then Tuesday became date night and... well, I think I've shared the story already, for the most part and I've been oversharing it here on the blog since May. His sweet boy passed on the 16th of August and my precious mama passed on the 18th and it's been nearly a year. Sometimes I still don't know how we made it. It seems like the worst possible time to start a new relationship but honestly, it was just two very sad people talking to each other and laughing together and a lot of times crying together and just doing things that helped us keep living. 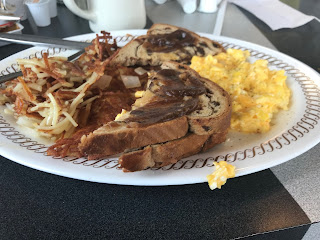 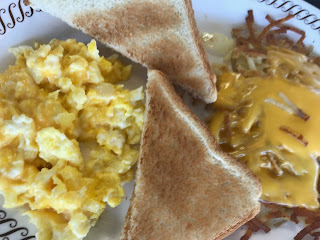 There's been a lot of anger between Austin and Tasha this week. Those two... I just don't know. It breaks my heart for Cosy because now she is beginning to understand that mama and daddy are angry at each other. They bickered back and forth all day on Thursday and I just couldn't wait until Friday morning to pick up my sweet girl and spend a few hours with her, giving her my undivided love and attention and making sure she knew how precious she is to me. I could explain the problem but the he said / she said, he did/ she did would make your head spin. Ultimately it's just another verse of the same song we've been singing for the past two years. They both need to treat each other with more kindness and respect and I'm not saying anything here that I haven't said to them both a thousand times already. We're so foolish when we think that if we can't get along well enough to stay in a relationship with someone that will we somehow magically get along well enough to co-parent after the relationship ends. It takes a lot of work. But that's what has to happen. Cosy didn't pick them as parents. She didn't ask to be born into a volatile relationship. She deserves mom and dad living together and loving each other and the white picket fence and all the happiness and peace of a perfect childhood but she will never have that. So instead we just have to all do our best to communicate kindly and appropriately with each other, to respect each other, to let her know that we're all a team, even if we're in different households. We need to make sure that we don't let our feelings for each other interfere with the time we spend with Cosy. We need to let the people who love her be a part of her life in whatever way is healthy for her. We need to support each other as role models and caregivers in her life and only say positive and appropriate things about each other in front of her. It's so confusing for her when she hears ugly things about the other parent or other caregivers. I try to make a point of listing for her all the people who love her and celebrate each and every person in her little village. She really is worth whatever pride and hurt feelings we have to put aside to give her an opportunity at a happy, healthy childhood.

I had a bit of a meltdown yesterday where I really needed a creative outlet... so I tried to restart my bullet journal and I couldn't find any of the things I bought to use with it. I have so many markers and stencils and rolls of washi tape to fancy it up and ... most of them were gone. It's all part and parcel of the fact that I'm living in the guest room and not in the basement because of the water damage. Things are all turned upside down down there and when I went searching on my own I got really upset and discouraged. But more than that... it's just another reminder that my mom isn't here any more. She'd have never let things be like they are. So many of the pens and markers I used were hers and I can't find a lot of them and it just makes me miss her even more. And of course, because I am my mother's daughter, I tried to tidy things up downstairs and hurt my back even more... it's just so frustrating to not be able to do what needs to be done. I physically can't do it myself and I never seem to find the right words to motivate others to do what needs doing without having a total emotional breakdown. So I screamed and hollered like a lunatic and then came back up here to the guest room and sobbed and boohoo'ed on the phone with Marvin for hours.

Anyways... I'm feeling like having a nap so I'll wrap this is. Hope your weekend is going well and I will blog again... soon. Maybe not tomorrow but soon. My blood pressure was perfectly normal today but I forgot to take a picture.... and there are spiders on the front porch. And now you know everything. Love and hugs! 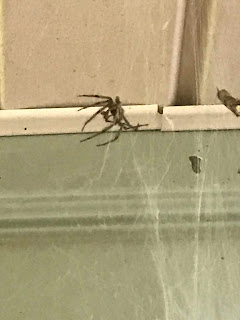