Weeks that begin with a Monday holiday screw my internal clock up, even now that I live in a household where nobody works or goes to school. I've just felt like I was in some sort of time warp all week. Not the fun kind, like in Rocky Horror, just a weird floating feeling. Or maybe it's the meds.

I joke. I only have two meds that are mind altering and I try not to be under the influence of either for any longer than necessary, especially not all week.

I got out and about yesterday long enough to pick up the family's weekly prescriptions at the pharmacy and make a quick stop at Ingles. I'm very much addicted to caprese salads and have to make sure to keep stocked with fresh mozzarella. We have a nice basil plant on the deck outside of my parents' bedroom. We don't have any tomatoes yet and I swear, I always feel a little ashamed to purchase tomatoes from the grocery store in early Summer. It's like everyone is judging me for not growing them myself or at the worst buying from a farm stand. I think within a week or so we'll be set for tomatoes for a little while and I can caprese to my heart's content without having to go through the humiliation of BUYING tomatoes!

We're also still dealing with an ice issue. I have lost count of how many times the appliance repairman has been here trying to fix the ice maker but it's often enough that he knows the names of our animals. The plumber had to come last week because the water to the ice maker sprung a leak and still, it's not working. We're back to waiting for the repairman to come back. There should be a lemon law for ice makers because this sucker is not even two years old. I need my ice. I gave up coffee about a year ago. I gave up Little Debbies about six weeks ago. I rarely drink adult beverages because of the possible interaction with my meds. Ice is my vice. I need cold beverages on hand at all times (except when it's cold and then I need hot beverages on hand at all times). So I had to pick up a bag of ice at the grocery store yesterday. It's heavier than what I should pick up and I have paid for it ever since. 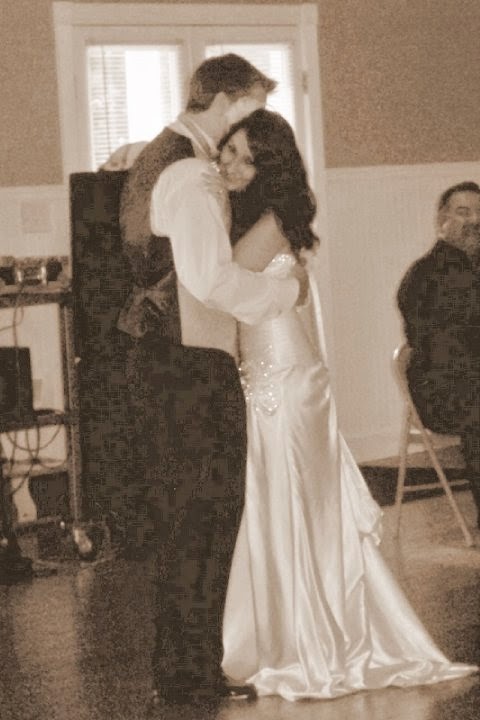 Yesterday was also Cody and Marquee's 4th anniversary. It's hard to believe that much time has passed already! I talked to Cody last night. They are planning to come up here with some friends the first weekend in June to go tubing. The Chattahoochee River winds through Helen and it's a big tourist attraction here to "shoot the Hooch" on an inner tube. I've never done it... I'm not really a fan of soaking my seat in cold river water... and I always worried that I would scrape the bottom or get my butt stuck in a tube or something equally embarrassing. The kids love it though and I'm excited to see them and my granddoggie Sammy.

I've been trying since yesterday to conduct a mandatory phone interview with the food stamp people. It's really annoying. They call you and say, "I'm agent number 2034 and I'm calling to conduct your scheduled interview. Please hold while we connect you with an interviewer." And then you hold until you think your ears will bleed from the hod music and then get disconnected. When you call the number they tell you to call if you get disconnected,  you press the right buttons and nothing happens except sending you back through the phone loop over and over again. After about thirty tries this morning I finally got through and it said that the system was overwhelmed. The frustrating thing is that if I can't complete the process -- even though I've done everything I'm supposed to do as far as going to the local office and filling out paperwork on time -- if I don't get this interview done within the time limit, I lose my food stamps. It's not that we will starve but honestly, that little bit of money every month is the only tiny bit of financial freedom I have. Since the Social Security office takes a year to eighteen months to schedule a hearing for me to be able to get the disability that I've paid into for 27 years and I can't get what I'm due that way... since the fact that I live in a state that isn't participating in Medicaid expansion that would allow me medical care that I desperately need... I feel like this small sum of money is the least, the very least they can do. All things being equal things are not equal. Ok. End of rant. 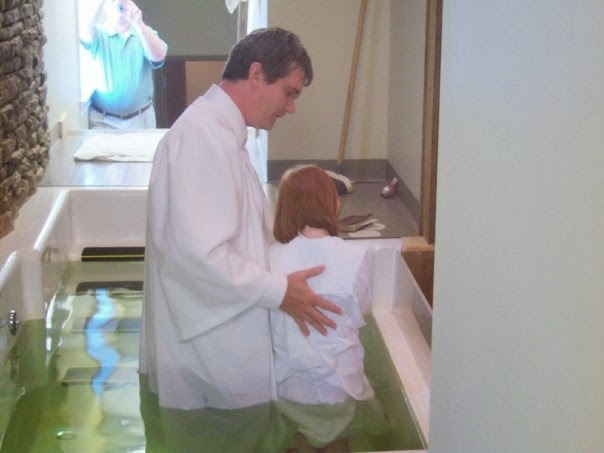 My brother and several members of our church left this morning for a mission trip to Kenya. He's an old hat at this but I do have some friends that are going for their first time. I worry (only a little bit) about the normal travel risks and I worry (a little bit more) about political instability and terrorists and that sort of thing but for the most part I am immensely proud of the work my brother and friends do over in "deepest, darkest Africa". It's a huge deal for my sister-in-law to be a single parent while he's gone but fortunately she has her mom and my parents and me to help out with the girls. I worry more about Angie here at home than I worry about Jim over there in Kenya and I'm glad we're close by.

My brother is such a hands on dad... I never had that... when my kids' dad wasn't around our lives were no different than when he was around. It was actually easier for me for him to be gone because then I didn't have to worry about waking him up in the morning (which was ten levels of Hell) or finding him passed out drunk somewhere embarrassing (like the time a friend stopped by early in the morning to let me know he was passed out in the garage naked - with the garage door open - or the time he woke up passed out in the lobby of a Kroger store and had no idea where our car was). Anyways... it's completely opposite with my brother in every possible way and Angie and the girls really, really miss him when he's gone. It's a huge personal sacrifice every year for him to go but I know he makes a huge difference for the people there.

I had a few days with no evil gut pain but it is here today, uglier than ever. I wore my favoritest, prettiest dress and worked extra hard on my hair and makeup so that I would look good even if I didn't feel good.

Austin started his day by making muffins for us all and cutting the yard. He's been in a huge, huge funk lately over his breakup with his girlfriend and has been pretty much worthless. Before I even knew he was upstairs baking this morning I prayed that God would give him a good day where he would be productive and feel better. I was relieved to see him motivated and productive this morning. His finger is looking a little infected which has me worried. He's not the cleanest fella.

When Austin came in from cutting grass this morning Little Kitty was walking beside him begging for attention and Austin didn't notice him and stepped on him. Little Kitty cried out like I've never heard him cry before and went and hid under my bed. I laid down on the floor trying to coax him out to check on him and hurt my knee trying to get up. The good news is that the cat is fine. The bad news is that my knee is KILLING me. Such is life.

Anyways. I've been your ears (eyes?) long enough. That's what's happening around here. Hope your week is speeding along happily! Love and hugs, y'all!