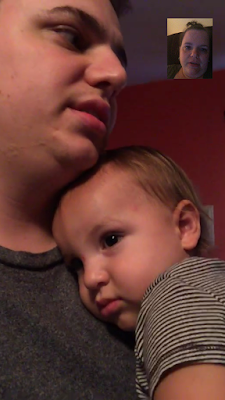 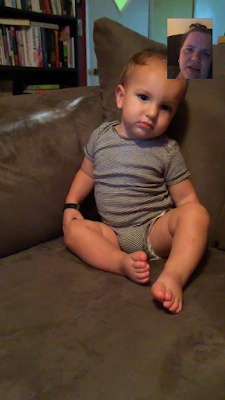 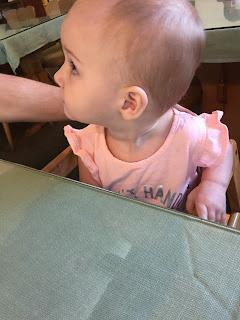 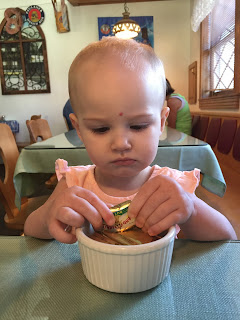 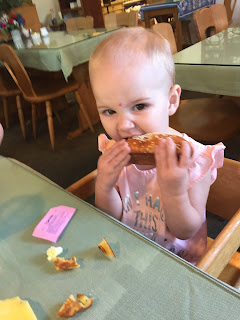 Just wanted to share a few photos that haven't made it onto the blog yet this week. The first two photos - with Oliver and Cody - were from last night. Ollie didn't get a good nap and his teeth were bothering him and he just wanted to cuddle his dad the whole time we talked. Poor baby! His grandma is out of town so he was a bit out of sorts. Next set of photos were from breakfast yesterday. 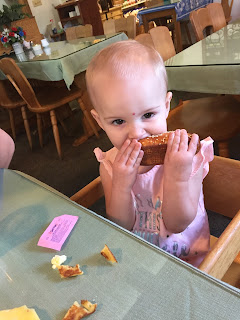 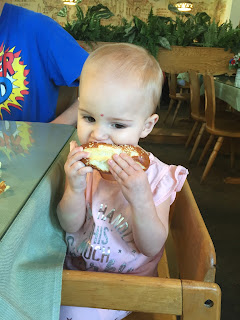 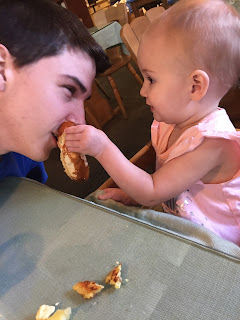 Cosette is obsessed with taking things out and putting things back. She sat and took the butter out of the dish and put it back in the dish the whole time we waited for our breakfast. When they brought out our food there was this big pretzel roll on her dad's plate. Cosy snagged it and worked it like a turkey leg all during breakfast. 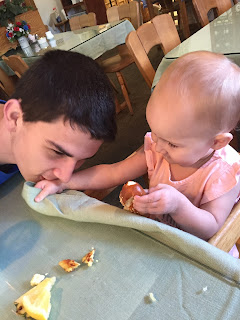 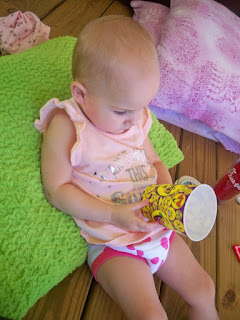 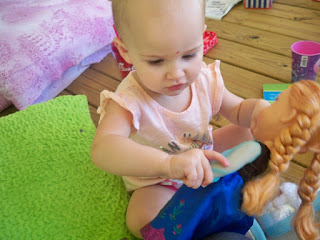 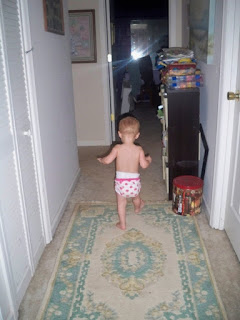 She even carried that bread out to the car with her after breakfast and was munching on it on the way home! She did eat other things at breakfast - potato pancakes (with onion, even!) pineapple, some applesauce, a few bites of scrambled eggs but the bread was the winner with her! Other photos... hanging out on the covered porch. Those big pillows (like the fuzzy green one) are what I sit on out there so I'm not leaning over as much. It's hard to get up and down a lot so I try to just get down and stay there. Doesn't always work out like I want it to. Yesterday she was really focused on looking out at the lake so she wanted me to pick her up so she could see over the porch rail. That wrecked my back! She's also gotten really fast so when we have her downstairs we have to be ready to run... here she is taking off for my room. She loves my makeup basket... which requires supervision, of course! 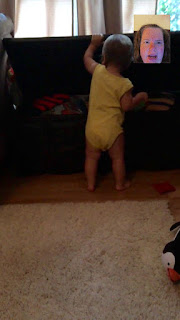 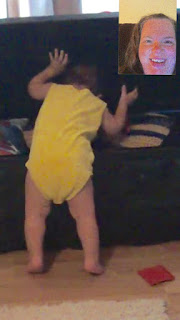 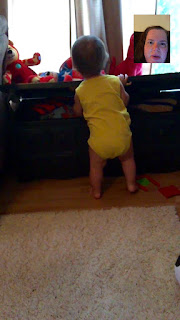 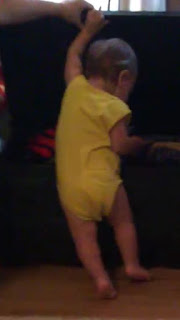 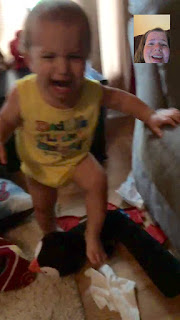 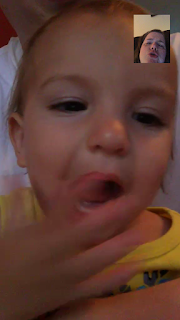 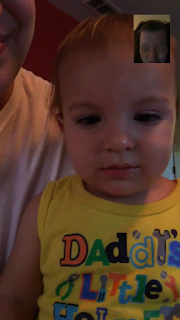 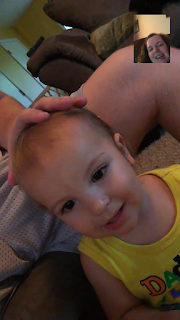 The above photos are from earlier in the week. I posted them on Facebook, but for those who aren't on Facebook or may have missed them... Oliver in the yellow shirt digging in the big linen chest in their living room... photos captured via Facetime. He is so strong! You can see him bracing the lid with his head so he has two hands free... and then slowly and carefully lowering the lid. You can also see him running toward his dad crying because the lid got him. He's such a boy! 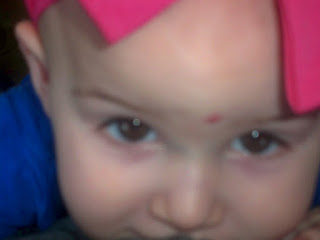 This is a Cosy-selfie. Pretty good, right? Some of her pictures yesterday she looked so solemn. She really did have a good day. She got two naps. She ate well. She played outside to her heart's content. We were all exhausted by the end of the day! She loves sitting in the front seat of the car which we (of course) only let her do when the car is not in motion. She's fascinated with all the buttons and knobs.

Tomorrow we're doing a little birthday get together for my parents' birthdays. I'm sure I'll have another hundred photos to share so stay tuned! In the meantime... have a great weekend! Love and hugs, y'all! 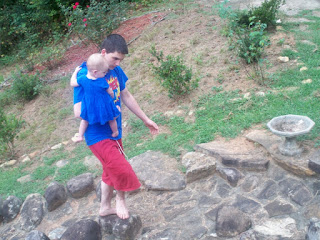 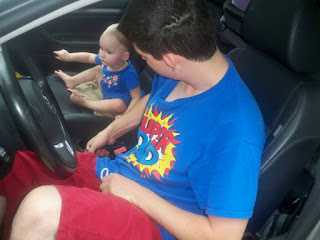 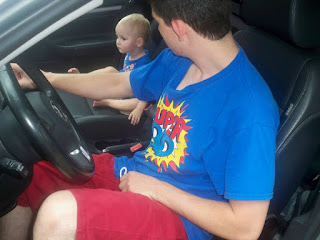 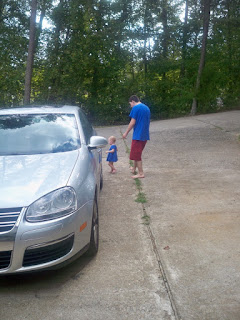 Great pics. My fav is Cosy taking off down the hall way.
She's on a mission for sure.
Thanks for sharing with us non Facebook peeps.
Take care,
monica