Our weekend started off with a little drama and is finishing up with about as much peace and serenity as you can have and still be alive. 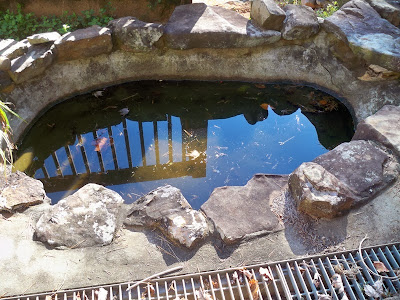 Friday night our old lady dog, Lily, who is about 13 years old and has lost a good bit of weight over the past few months because of thyroid cancer, fell into the upper part of the fountain. It was cold here Friday night, cold enough for a fire. She was covered in thick goop from the fountain so they lured her to the Whine Cellar with a raw hot dog and put her in the shower down there. It's the easiest one to get in and out of and she's too big for anyone to really pick up - especially covered in muck. She growled a bit until the water warmed up but generally was cooperative, all things considered. We can't figure out how she managed to get out of the water on her own as it's deep enough that the top of the pool was at the top of her head. Animals do amazing things. She didn't seem to be hurt although I have to imagine it hurt when she fell into the water.

I made spaghetti for dinner Friday night. Actually, I should say that we all made it as Mom put the meatballs and sauce in the crockpot to cook, Pop put the water for the noodles on to boil (I think, it might have been mom) and I put the noodles in when the water boiled. Either way... it was pretty good. I bought these frozen Italian meatballs that were on sale at Ingles - it was cheaper than ground beef.

Yesterday morning Mom and Pop and the doggies headed home so it's once again very, very quiet here at Cedar Hollow. Just me, Austin and the kitties. By the end of the this month most of the furniture will be moved up here from Riverdale and by the end of the year, my dad will be retired and we'll all be here full time. Once everything is here (my big tv) I'll be in the Whine Cellar more and on the main floor of the house less. I love the doggies and they all love me but sometimes it is a little bit... um.... loud. It's an adjustment living with my parents again. They have been so very good to me and Austin even though we all have our own way of doing things. We're so blessed to have a big enough house that everybody has their own space. And I think it's good that we're all close enough to help each other out when we need to - such as getting a muddy dog bathed.

My great-grandmother always took in stray people. There were always assorted cousins and in-laws and boarders living at her house. When I was a little girl there were Morman missionaries living there! When my dad was born his family was living there at Grandma Ward's house - as was his Aunt and Uncle and their kids. His Aunt had a baby the same week he was born. Can you imagine? Two families with newborns under the same roof? That same house that was my dad's first home was also my first home as my parents had moved back in when they got married. I can see this house at Cedar Hollow being that kind of multi-generational homestead for our family and I love the various adventures that we get to share.

Speaking of adventures... last night Austin had a friend spending the night. The kids ordered pizza and the pizza delivery girl ran over one of the big flower pots lining the driveway. She's not the first person to run over one of those pots *cough*POP*cough*. It's amazing that I haven't yet. The closest I've come is bumping the herbie curbie trash can and knocking it over. Anyways... she was mortified. I'm hoping we'll get a free pizza or something out of it. It IS really dark out there at night since we don't have street lights here and it's very wooded. 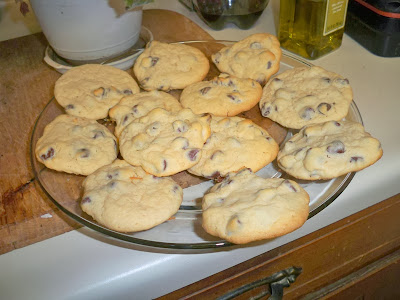 Remember about two months ago when I talked about making a pound cake? This morning I finally was in the mood to bake and... I couldn't find the recipe my friend Sharon had given me. I was in the midst of searching for another when a windows update started on my computer that took for-bloomin-ever so I just made chocolate chip cookies. I can't even remember the last time I made cookies from scratch. Honestly, it has to be more than eight years! I added a little almond flavoring and they turned out SO GOOD! The recipe made three dozen and when Austin came upstairs and saw the pile of them he asked, "why did you make so many?" before grabbing a handful. A few minutes later he came back and said, "I'm glad you made so many". Mommy still has the baking magic! 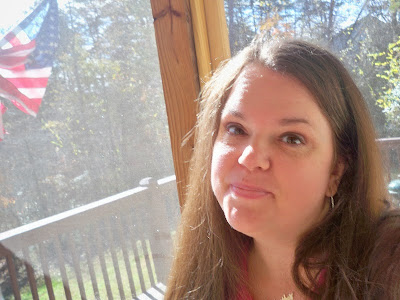 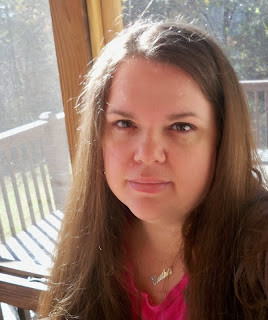 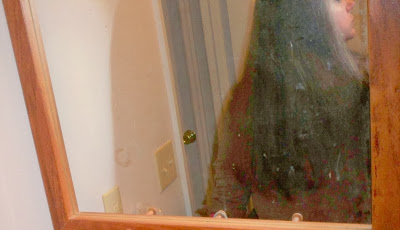 Other than that... this weekend has just been a marathon of football games, Mad Men and documentaries. The weather has been very cool at night and pleasant during the day. I took some selfies yesterday because I was looking a little less like a homeless woman than usual. I also was trying to get a picture of how long my hair has gotten. I haven't had it cut in a year and a half and even if I keep the length I desperately need to get it trimmed... it's just too much trouble.

So we started with a muddy dog and ended with some kitties sunbathing... life here at Cedar Hollow is good. Hope your weekend was also. 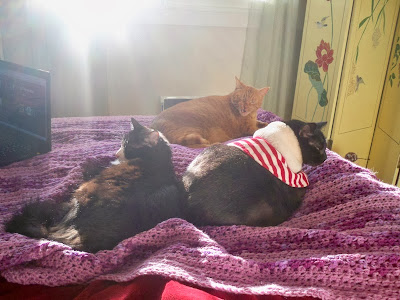 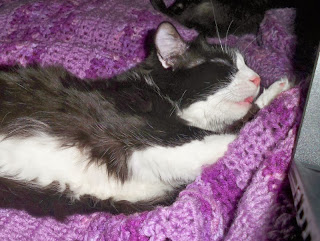 PS - thanks to those of you who leave me comments both here and on Facebook! It makes me feel like this is more of a conversation and less of a monologue!