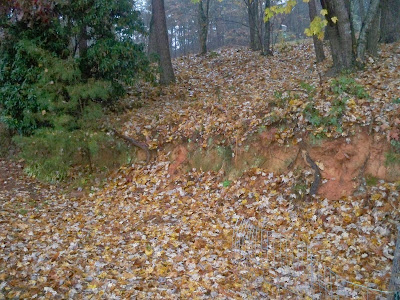 It has been a cool and gloomy day and my sinuses are driving me nuts. I woke up sorta early - around 7am - and decided I wanted to recreate my old "early morning grocery shopping" routine. I felt icky. I didn't want to go but we've really been stretching the pantry this week and it was time to pick up a few things. And then of course, I spent too much and am just so stressed out by the draining of the bank account that I didn't even get my post-shopping mood boost. Yay. We have food.

I unpacked the groceries, had a bite to eat and then went back to sleep. A nice nap on the couch didn't cure all that ailed me but I felt less droopy and out of it when I woke up.

I also had a bit of a EUREKA moment today. The new computer I bought to replace the one with the broken power port is the exact same computer. What if... I charged the battery on the new computer and then switched that battery out with the old computer? I would then have... two functioning laptops! I only regret that I didn't have this flash of brilliance before I bought the new computer because my mom has the same computer as well. She has a virus on hers but I think charging the battery would have been ok. At any rate... Austin's girlfriend has a friend who does beta testing on video games and they're working at getting Austin employed in such a fashion. Honestly, I just want him to be motivated toward some line of work. His girl is a great source of inspiration and she's pushing him toward schooling and employment so it will be a good thing to have an extra laptop available to him should it be necessary for these pursuits. 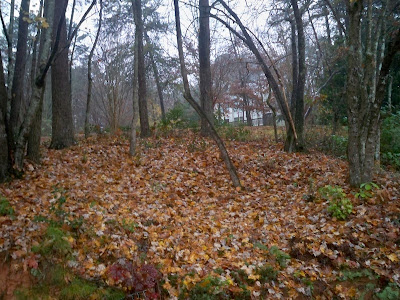 Other than my brief shopping trip, all I've done today is watch football and work on my family tree. I'm leaning toward an early bedtime tonight even though Florida plays at 7pm. Florida has been SO bad this year that I can hardly stand to watch. I even had a fleeting thought of "thank God Tim isn't here to see this" (Tim is my former brother-in-law who passed away a little while back) because he was such a huge Florida fan. In a way, I'm happy for my kids who are huge Florida State fans because they are having the kind of season that fans live for - and I know this because my boys have suffered through some really rotten seasons. Football is a bit of a guilty pleasure for me now, though, because so many players have begun having problems later in life. It's a much more dangerous sport than I had realized. My kids all quit playing by the time they were in middle school and honestly, Cody had way worse injuries in baseball than he did football., Yet, on the collegiate and pro levels there are so many people whose lives are permanently impacted from the violence of the sport and it makes me feel a little bit guilty to watch it. That... and I hate to lose. 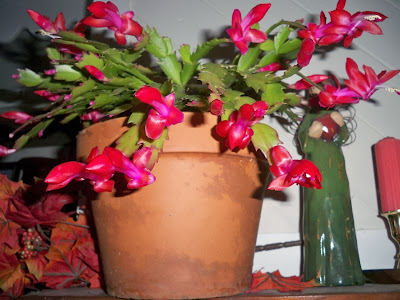 In other news... my mom's Christmas cactus is an over-achiever... blooming already. 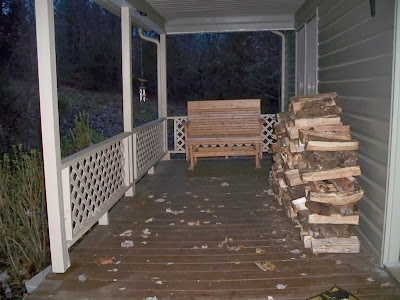 We had a delivery of wood the other day so our happy little hearth is ready for a fire. I'm enjoying the pound cake I made yesterday and already planning my next (lemon poppyseed). Little Kitty has been glued to me all day. He didn't like the fact that I left this morning.

And that's about it. Hope your weekend is going well. Love and hugs, y'all.