I'm addicted to this stuff... it's blurry because I enlarged the product photo from the website... Luigi's Real Italian Ice, mango flavor is my new crack. It's only 100 calories - but of course I have to eat two or three a day. I guess that's better than eating two or three packs of Little Debbie's a day. I even drove into town yesterday despite feeling icky JUST to get more mango ice. Sad but true. I bought the orange flavor to try but it's a little bit bitter to me. Mango is the jam.

I finished reading the book Empty Mansions about the life of Huguette Clark. It was interesting. I always feel like I should give more articulate book reports but honestly, "interesting" is about the best I can do. I'm glad I bought it. I enjoyed reading it. It was an easy read - much easier than the biography of Queen Elizabeth I that I was reading before Empty Mansions and picked back up last night to finish. I haven't been to the library in the past two weeks, trying to catch up on some of the books on my Nook. I'm missing my library time, though. It's a good excuse to get out of the house but it becomes quite a chore when the books are due back and I don't feel like going into town. 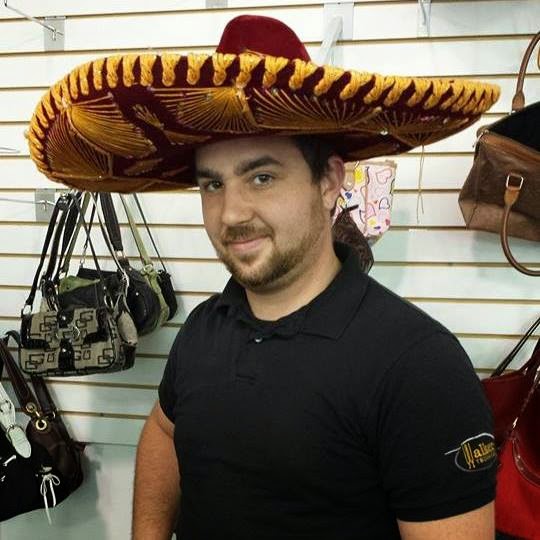 My oldest child is (or was?) in Tyler, Texas for work. He works for an organ company, installing organs and speakers and he travels all over the place doing it. I rarely know from week to week what part of the country he's in so I get tickled when he posts pictures from random spots. He is based in Zionsville, PA.

My brother, the one that lives in New York City, is going to be doing some work in Philadelphia for a month or so. It would be nice to take a trip "up that way" to visit both of them... however... the truth is that they both work so much that they don't have time for entertaining and I work so little (never) that I don't have money for traveling. So there's that. 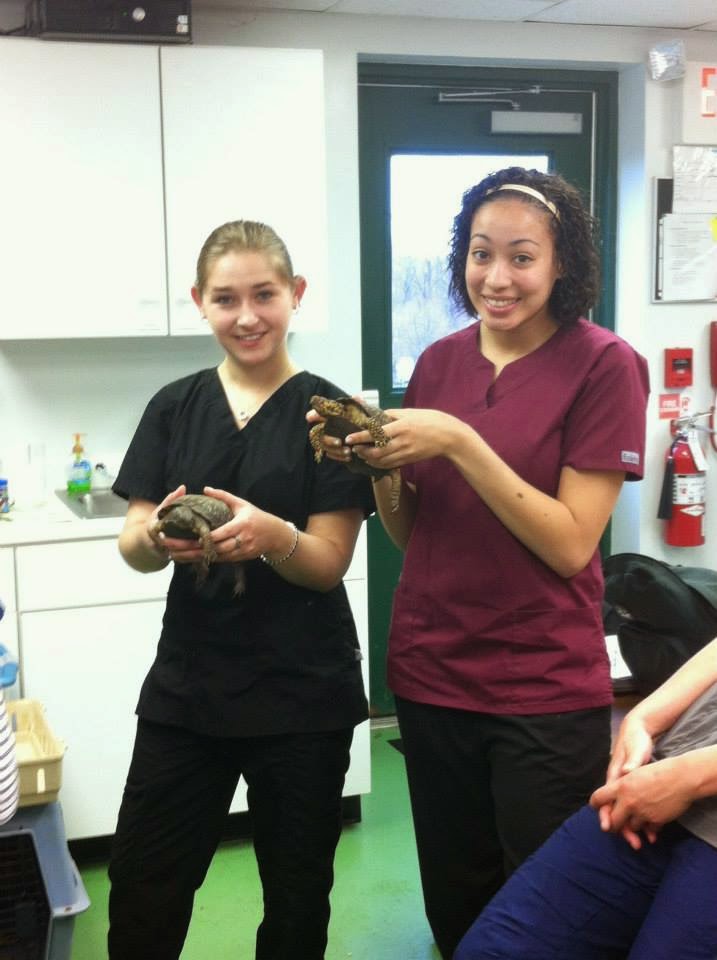 Ryan's girlfriend Sara is a doppelganger for Hayden Panetierre. (a doppelganger is someone who looks like someone else). Sara is finishing up schooling to be a vet tech. She's got a real sweet way about her with animals. I love that my two "daughters" are both educated and ambitious and passionate about their careers. If you love what you do you'll never work a day in your life. I also love that my boys are experts in their chosen fields and are good at what they do. It gives me hope that Austin will one day find his career path since he has such good role models.

Austin has had so much drama in his life lately. I feel bad for him. He got a call from an old girlfriend (from back in high school) who was trying to convince him that his most recent girlfriend was cheating on him with this guy - Thomas - as far back as January. She got this Thomas character on the phone and the two of them had Austin all wound up. However their credibility is doubtful as Thomas said he had to get off the phone because he was "in the military" stationed overseas and had to get up at 3am his time - overseas. This was at 11pm our time so... depending on where he was allegedly stationed it was already well past 3am. Austin figured that out on his own. I don't know what those two had to gain by teasing Austin that way but if I run into the old girlfriend in Walmart (it seems like she's there every time we go) I'm going to share my thoughts with her. She's married and fat, she needs to stay out of Austin's life. Not that I have anything against fat people. I'm just saying she's settled and there is no possibility of her and Austin having a relationship ever again so she has nothing to gain.

I've been struggling with the evil gut pain and lately it radiates to my spine so the whole left side of me hurts, in a semi-circle from my belly button to my spine. Percocet barely takes the edge off to the point that I can function but I can't imagine trying to "gut it out" without it. It always seems to start overnight for some reason. One day when I finally am able to get this diagnosed I'm sure all these little clues will make sense but for now, I just try to keep focused on good things ahead. My nieces are spending the day with us on Thursday... Cody and Marquee are coming up on Saturday... the Tony Awards are on Sunday night. I can get through this hour and the next hour and the night and tomorrow and that's how I mentally push through it all. It makes the good things - like mango italian ice - a great diversion. 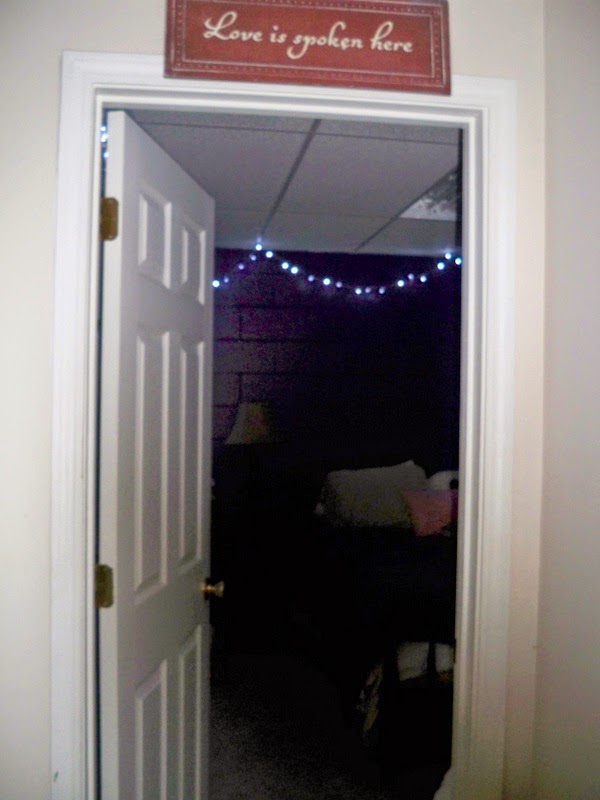 I ordered some lights for my room about a month ago. I had gotten an Amazon gift card for my birthday from a sweet blog reader (thanks again!) and I bought the bulletin board that I showed you a few weeks ago and these lights. They are like Christmas lights but designed to be used year round, like on plants or such for decorating. I wanted them to string around the top of my room. I don't like sleeping in a dark room because I get up so often during the night and am predisposed to wrapping my toes around corners and doors and other obstacles. Having cats means that you can never be sure what obstacles might be in your path... and I hate the shock of turning on the light when I get up. I wanted something with a softer light than my bedside lamp. WELL... finally the lights came yesterday and my mom (my partner in crime) and I started putting them up when Austin came in and told us why we were doing it wrong (we weren't) and finished up for us. They aren't perfectly perfect but they are much better than Christmas lights since they have the white wires instead of that Christmasy green that stands out. ANYWAYS... they have seven different patterns of lighting, blinking fast, blinking slow, fading in and out, that sort of thing. I absolutely love them! I took down the vintage dresses I had hanging up in my room because we have a moth problem and I don't want the dresses to get damaged. You never know when there might be a girl in our family who is tiny enough to wear grandma's wedding gown.  I really need shadowboxes or some other method of display for them. I'm thinking of hanging a sage green set of sheers from the ceiling over my bed like a mosquito net to take away from the stark purple of that wall. More pictures of lights... 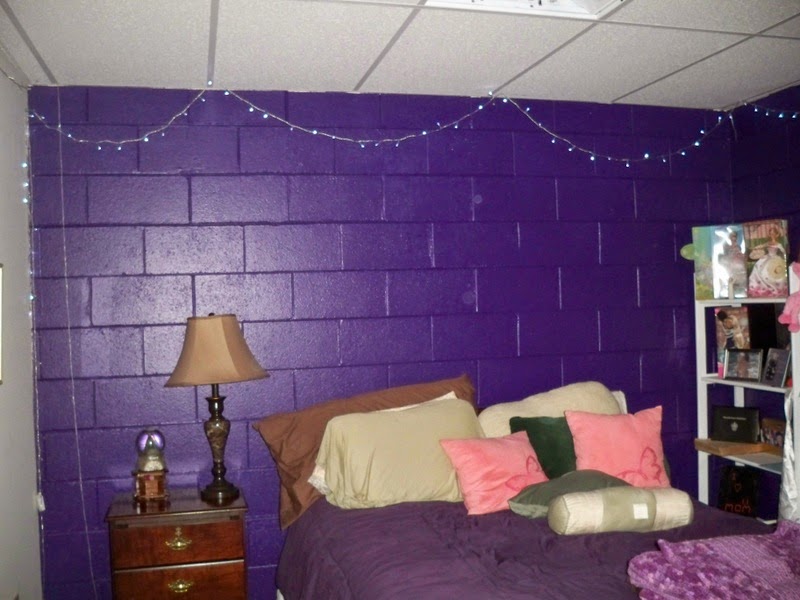 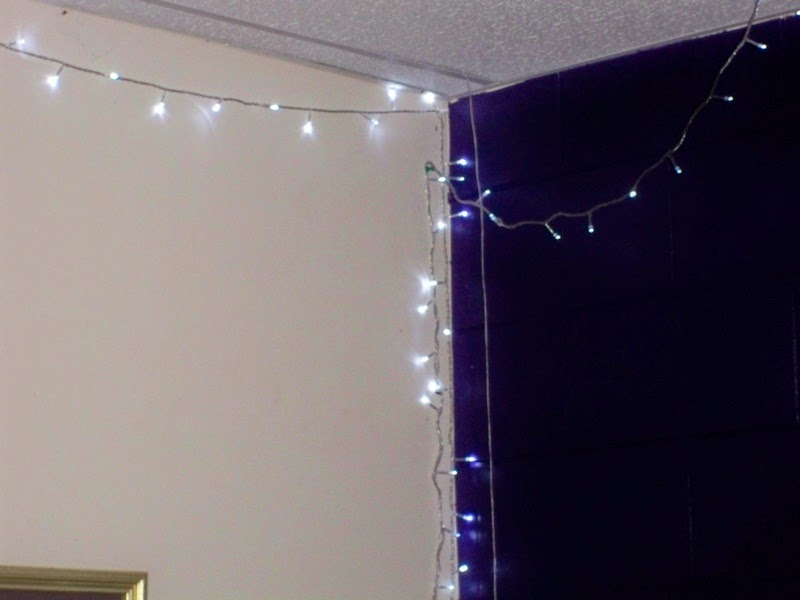 And to wrap this up... a few cat pictures because what is a blog entry without cat pictures, right? 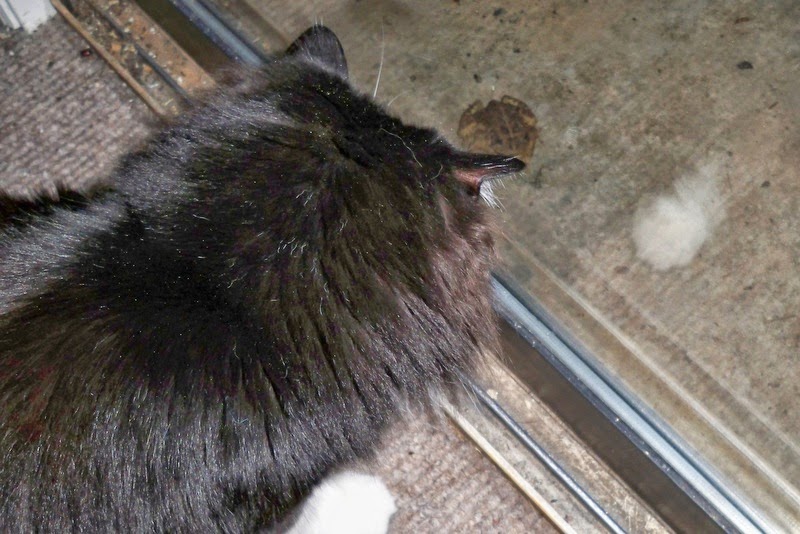 Trouble stalking a frog through the sliding glass door.... 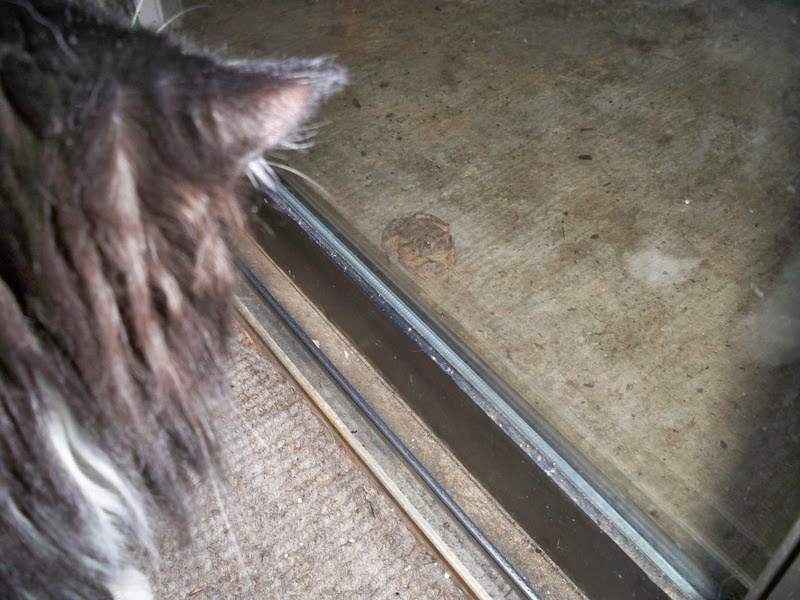 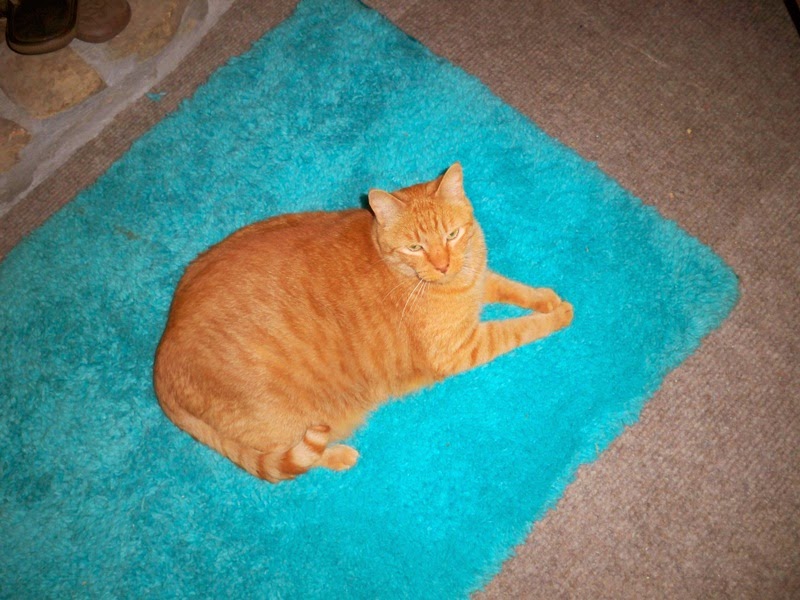 Eddy "Dog" - our cat that thinks he's a dog. We've been shutting the door to the basement at night to keep Lily from wandering downstairs in the middle of the night which means that Eddy has to stay in the basement at night so that he has access to the litter boxes. At first he was unhappy at being separated from his bestie - Lily - but he's settling in nicely. He particularly enjoys Jamie's rug and I think it really sets off his ginger-ness. 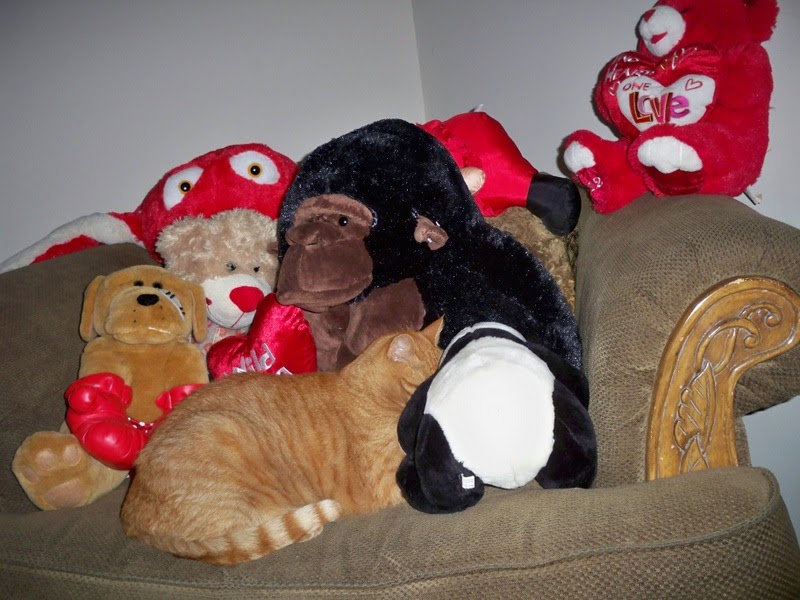 He also enjoys cuddling with the stuffed animals.

And that's about it for now. Happy Tuesday! Love and hugs, y'all!

He works for an "organ company", first thought was that he was a nurse that transport human organs to patients.

A second later... I caught on.