I'm still dealing with extraordinary dizziness so instead of a wordy post, I thought I'd share a few photos with you. 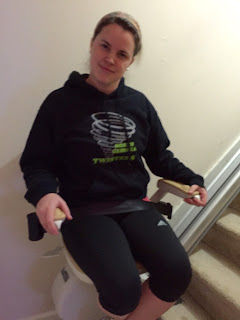 First... my Acorn Stairlift was installed yesterday. I'm grateful to have it but hate that I have to have it. The Occupational Therapy student for whom I am a Community Partner was at the house when he was finishing up and took it for a test ride after I had taken my (very embarrassing) maiden voyage. I was afraid the seatbelt wouldn't go around me (it did). I was afraid it would groan and struggle to haul me up the stairs (it didn't, worked just fine)

(Sorry Jess... I didn't have the pictures you took of me and I'm SURE you look better than I do in it anyways!) 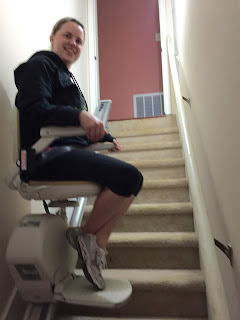 It's a very bizarre feeling, like you're flying... but it's also a bizarre feeling to get to the top of the staircase and not be limping or out of breath. It's rather bland, though. I'd like to "pimp my ride" and bedazzle it or some how dress it up. I couldn't find anything under "stairlift accessories" other than extra batteries. Maybe a niche business someone could get into... 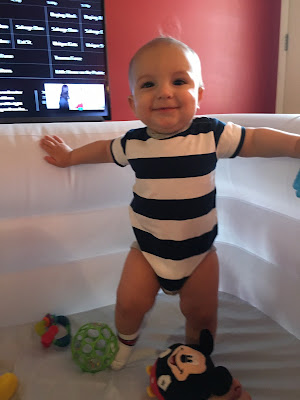 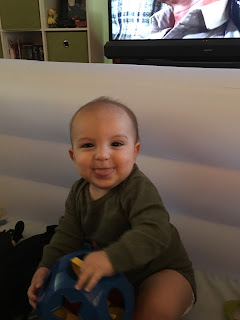 I snagged these pictures without permission but they're my two current favorites of Oliver. Little Man is walking behind a push toy, just like his older cousin... and yesterday Cody sent me a video of Ollie trying to climb the wall. He's a mess! Cody was a happy and content baby and Ollie takes after him. 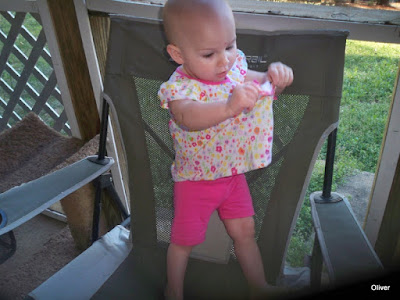 Cosette continues to love scrolling through pictures of Ollie and her other baby cousin and was particularly fond of a video of Ollie opening his Easter basket from his other grandmother. Cosy loves seeing Uncle Cody and Aunt Marquee, too. She was loving the phone while watching them, putting the phone against her head like she was hugging it.

Cosy is now 11 months old. We tried to get a good picture with her 11 month sticker but she is too mobile and too curious to sit still when there was a giant sticker just waiting for her to chew on it.
Also, I accidentally left the watermark from the last set of photos I edited on Cosy's 11 month pictures. That's why they all say, "Oliver" in the bottom corner. 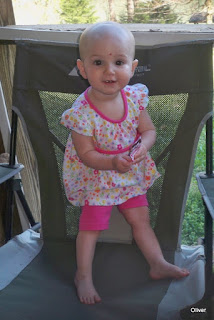 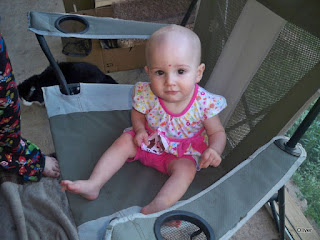 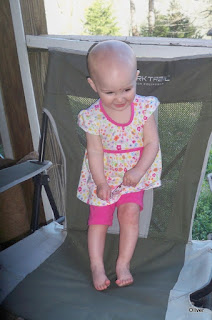 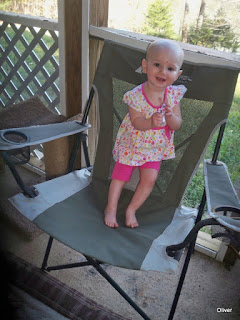 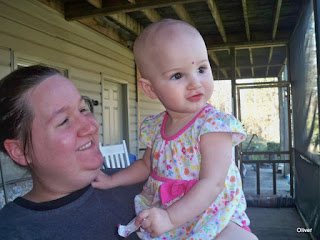 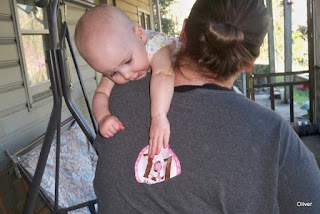 Lastly... some way back when photos that one of the girls I cheered with in Junior High posted last week... 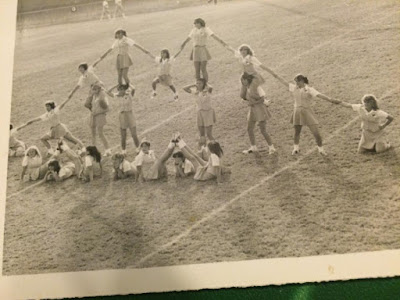 In this one I'm in the back row, second from the right.

You'll note that we are wearing the old fashioned saddle oxfords. That was pretty much the last year that school cheerleaders (at least in my area) wore saddle oxfords. After that they changed to tennis shoes which makes WAY more sense! 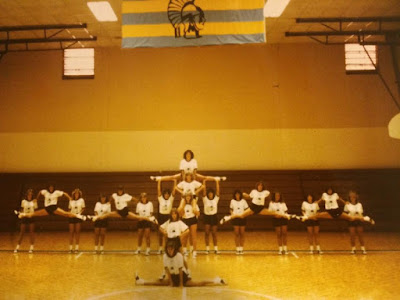 I think in this one I *might* be the split in the front but I used to be much better at pointing my toe so... I hope that wasn't me. 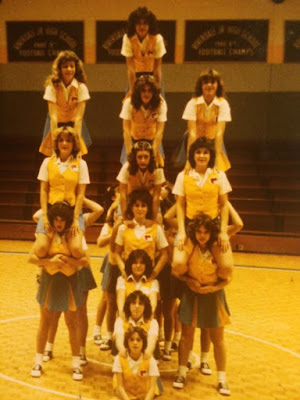 This one... I think I'm on the right side, standing with a girl on my shoulders. I look fairly miserable though... 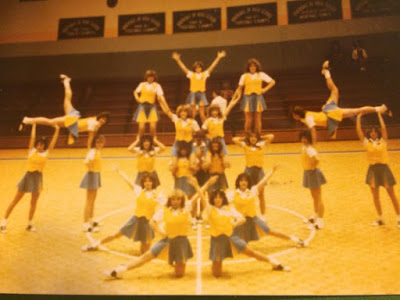 This one... I think I'm one of the ones kneeling in the front, second row of the kneelers, right side. I think.

It's weird to look at old photos and not recognize yourself.

And that's my photo dump for the day! Love and hugs, y'all!