I've spent my Saturday binge watching CSpan Book TV. I'm sure that makes me some extra special kind of nerd but I really enjoy it. For those of you (all of you) who have never watched Book TV it's a continuous feed of book fairs and festivals with interviews of authors and usually a good preview of the content of the book. It's like Cliff Notes TV. The only thing I like better than Book TV is CSpan3, History TV which shows all kind of history lectures and tours. Our current satellite package doesn't include CSpan3 so I spend my weekends watching Book TV. When I'm not watching PBS. Or sports - I'm currently watching the NCAA Men's Basketball Semi-Final and the Gators are losing.

Anyways... today they have featured some great books and I thought I'd share a few of them with you so that you can benefit from my hours and hours of viewing (while playing Farmville2). 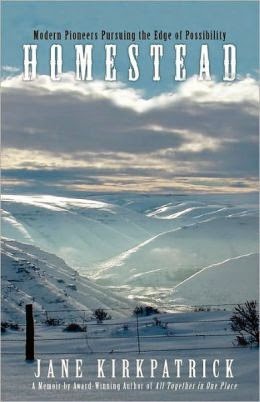 Homestead: Modern Pioneers Pursuing the Edge of Possibility by Jane Kirkpatrick. This is the story of a couple who moved to a really remote location in Eastern Oregon (I didn't know Oregon had really remote places but apparently they do). They went through a lot of hardship trying to get settled including having to install their own phone lines over something like six miles of terrain and being involved in a plane crash. They discovered - what I have discovered here - that in small towns people look out for each other. I would love to read her book but it's out of my price range so we'll be looking for this one at the library. 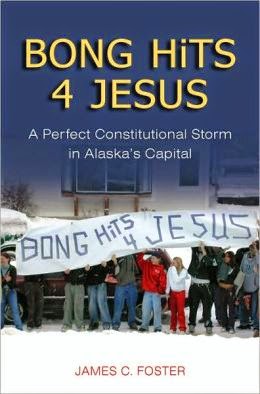 Bong Hits 4 Jesus. That's right. I said, "Bong Hits 4 Jesus". The Olympic torch for the Salt Lake City Winter Olympics (2002, I think?) came through the town of Juneau, Alaska. The local school system let the kids out of school that day so they could line the route, part of which went right by the local high school. A group of kids, as a prank, held up a sign across the street from the school that said, "Bong Hits 4 Jesus" (because you just can't say that phrase enough!). Their high school principal crossed the street to tell them to put the sign away and everyone scattered except one kid. She hauled the kid into her office and gave him a thirty day suspension for holding up the sign - he maintains that he was expressing his 1st Amendment rights and was not on school property. The book tells the story of the battle (apparently it went far beyond suspension) over the sign that said, (one more time...) "BONG HITS 4 JESUS!" I think everyone needs to put this on their reading list just so they can also get the joy of saying... ah, never mind. 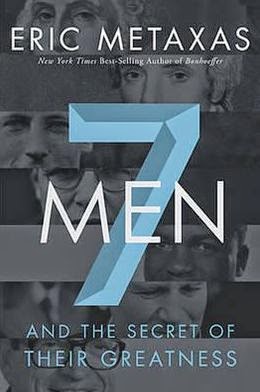 I don't know how I had never heard of Eric Metaxas because after listening to his interview about the book, 7 Men And The Secret Of Their Greatness, I want to read everything he has written, ever. I bought the cheapest book he had out there, "No Pressure, Mr. President" about giving the keynote speech at the National Prayer Breakfast a few years back. I was impressed by how he wanted to make the most of that opportunity without being insulting to the President. Because I gotta tell ya, if I had the opportunity I might not be so graceful. Or I might avoid confrontation because that's more like me. Anyways. I'll let you know more about the book after I read it. And I'll be looking for the one featured in his interview - which I think is a series of biographical info on seven great men, right up my alley - the biographical thing, not seven great men... because if I had a great man, I wouldn't be watching Book TV all weekend, would I? It's like reading about unicorns. Or Veggie Tales. This guy writes a lot of the Veggie Tales stories and was the Narrator in the Esther story on Veggie Tales, for those of you who have much experience with Veggie Tales. 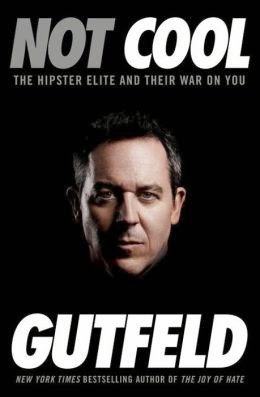 The highlight of the day for me, however, was seeing Dana Perino interview Greg Gutfeld about his new book, Not Cool. Seriously... I adore Greg Gutfeld so much that I actually follow his wife's instagram. I'm a hardcore internet stalker where he is concerned. Not because I crush on him - I don't - but because he is so funny that I want him to be my gay best friend. But he's straight. And Dana and I would be BFF's because we share a mutual admiration for George W. Bush. She interviewed Greg at the Bush Library and it was just all the things I love about The Five, only it was just two and it didn't have all those Wounded Warrior commercials every five minutes. Big bonus of Book TV: NO COMMERCIALS! So far I haven't found any of Greg Gutfeld's books at our local library and he's a bestseller so his prices don't drop like a rock like most of the books I can afford to read. The Greg Gutfeld interview was so awesome that I'm not even bummed that Florida lost.

In other news... Purple Michael married his long time partner, Ross today. They just had a private, quiet thing and will have a reception later this year. I've never loved anyone like I love my Michael - it's not romantic and it's not maternal - he's just a person that my heart knew, very early on, that I was meant to love and learn from him for as long as our paths intertwined. There's this huge sense of peace in my heart that he has the love he always dreamed of. I can't even think about it in political terms or religious terms - I just know that somebody I love is loved and that makes me happy.

Also, we got floodlights for our VERY DARK backyard and it's so bright back there now that you could land a plane and/or do surgery. You can see all the way to the dock! You can also make really huge shadows. Of course we will only use those lights when we're actually outside after dark.

That was my Saturday. Hope yours was lovely as well. Love and hugs.