My Birthday and Other Stuff 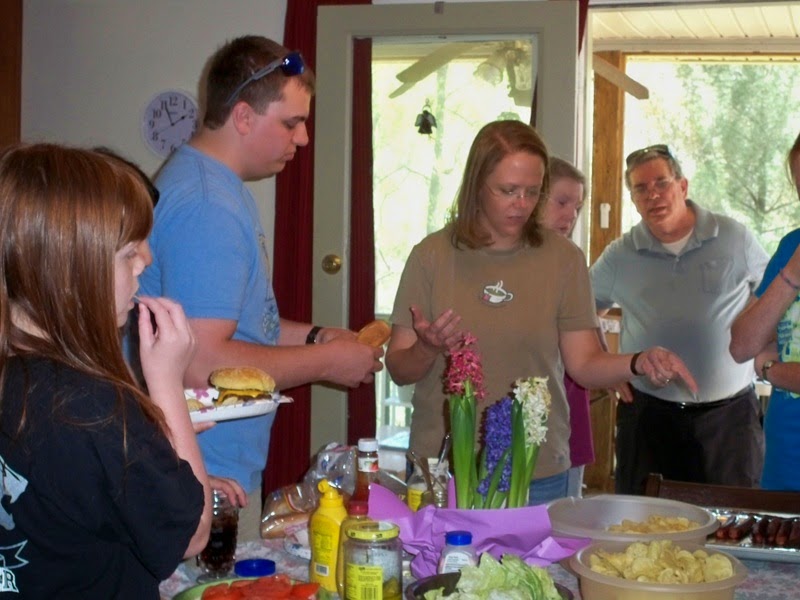 Yesterday the family *surprised* me with a birthday cookout including some of my favorite people on Earth... Cody and Marquee, Jim and Angie, Sarabeth and Jamie, mom and dad and Austin and my granddoggie Sammy. It was a *surprise* because my mother is the worst at keeping secrets. She can't help but drop hints and I'm fairly sharp. By the fourth or fifth time she mentioned missing Sammy and Cody and Marquee I caught on... actually, I caught on last weekend when Cody called and mom asked dad "what are we doing next weekend?" and then I overheard her mentioning things that I wanted for my birthday. So, yeah. Not a surprise but still fun.

My Grandma Pennington, may she rest in peace, was not really known for her cooking skills. Truthfully, I believe she was so poor for much of her life and probably not a little bit overwhelmed trying to feed seven kids that she didn't really have time for her culinary skills to evolve. However she did make a really good rhubarb pie and that's what I would ask for every year for my birthday. If you're not familiar with it... rhubarb is a reddish stalk that looks sort of like red celery. It has a sour flavor and is really best when paired with another fruit. When it's cooked it looks sort of like snot but trust me, it makes a really good pie. Grandma told me that her mother-in-law had rhubarb growing in her front yard, lining the way to the house. I don't know if we have my great-grandmother  Alice Clow Pennington to thank for my love of rhubarb pie but regardless, it's my favorite way to celebrate a birthday. (Followed closely by Purple Michael's carrot cake with cream cheese frosting).

So we had grilled hamburgers and hot dogs with chips and then rhubarb pie and jello cake for dessert. It was the kind of mild, sunny Spring day where you get a little bit pink without realizing you've been in the sun too long. Sarabeth hit golf balls toward the lake and Jamie enjoyed loving on the doggies (to whom she is highly allergic). I'm always grateful that my kids are willing to travel to see me especially since traveling is not my forte at the present time. Cody and Marquee got me a plush rug to go in my living room - this being a basement the floor always feels cool, even with carpet and I wanted a little comfy island to go beside the stone hearth.

The last of my new Spring dresses arrived in the mail giving me three new dresses and two new skirts to get through the warm weather. One sundress needed taking up in the straps. I'm not a great seamstress but I can make little adjustments so I worked on that this morning while watching PBS. It's a PBS watching day for me - two documentaries on Queen Victoria's children and a few episodes of Downton Abbey. 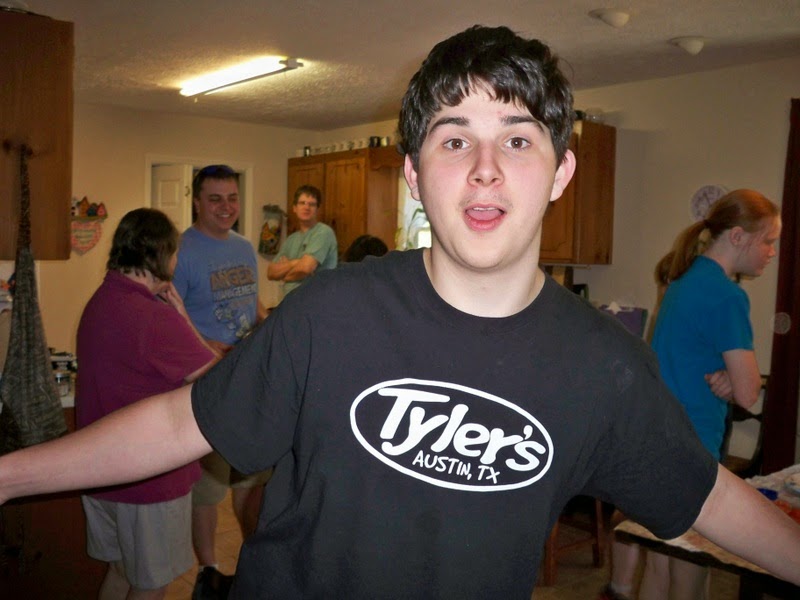 Mom, Dad and Austin are out planting today. Next weekend the homeowners association is having a work day and Austin is going to let the neighbors know that he's available to help in their yards. He's learned a lot this Spring working with his grandparents outdoors. I should have known that his being a Pigpen, not afraid of getting dirty, would have some benefit. His buddies have all been busy with jobs and babies lately and he's been sort of lonely. I feel bad for him but also know that this is part of life. Maybe it will encourage him to chart his own path in the world the way his friends have done. In the meantime, it's good that he's willing to help outside. 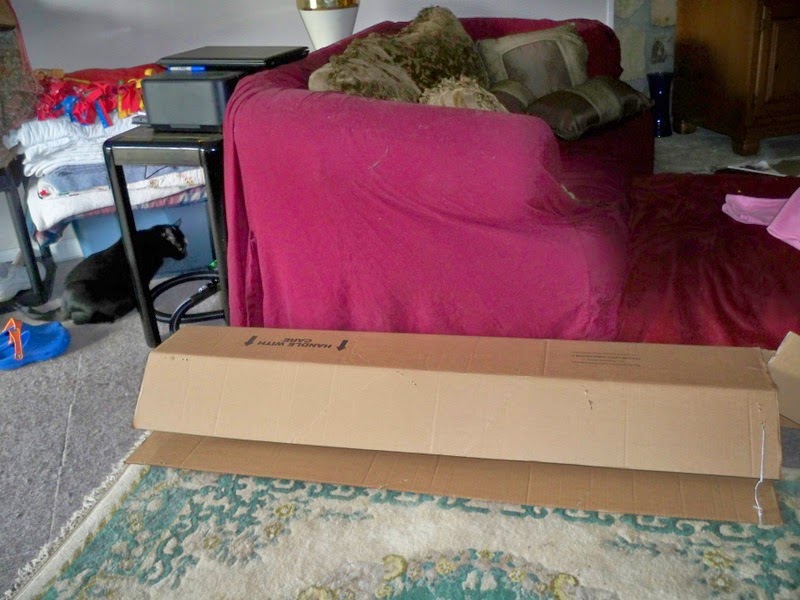 long narrow box that one of our new fruit trees was shipped in... it's a great kitty hideout. Little Kitty and Sammy love to chase one another and yesterday Kitty confused Sammy by disappearing and coming out on the other side of the box. I could amuse myself for hours watching them. 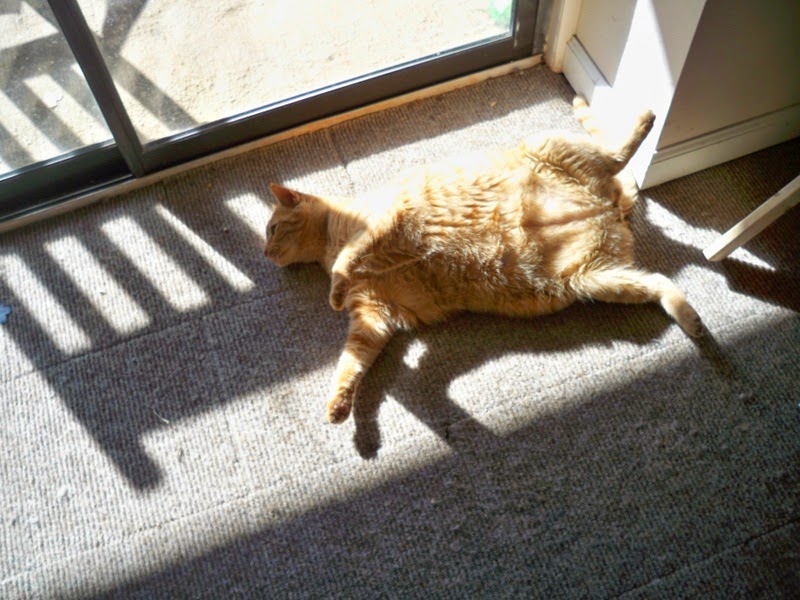 Eddie cat sunning himself yesterday morning. We get a nice patch of sunshine around 9am and the cats rather enjoy it. 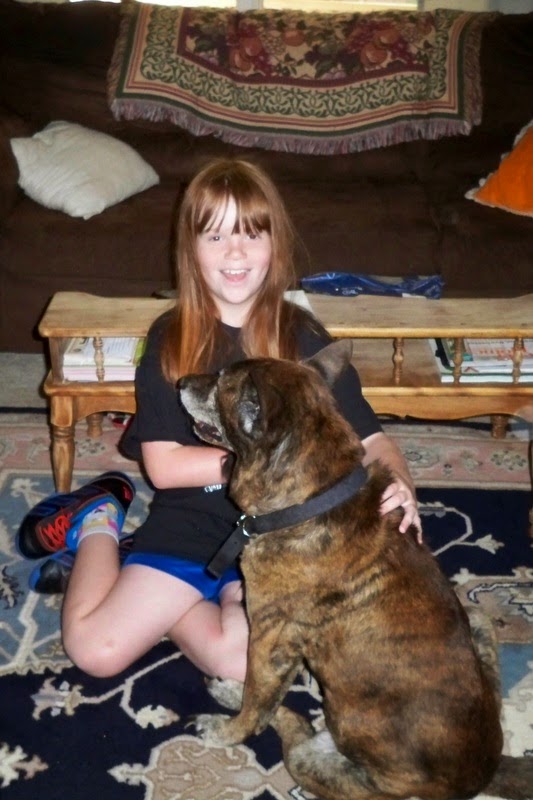 She has to be really careful around dogs because of her allergies but Jamie loves the pups. She was cracking up because Sammy likes to clean Lily's ears... imagine a little dachshund jumping up to reach a big dog's ears. 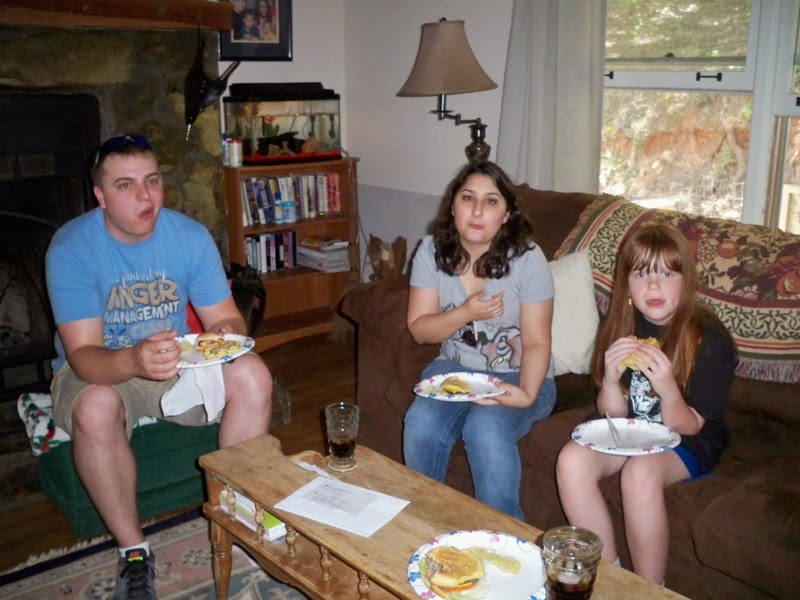 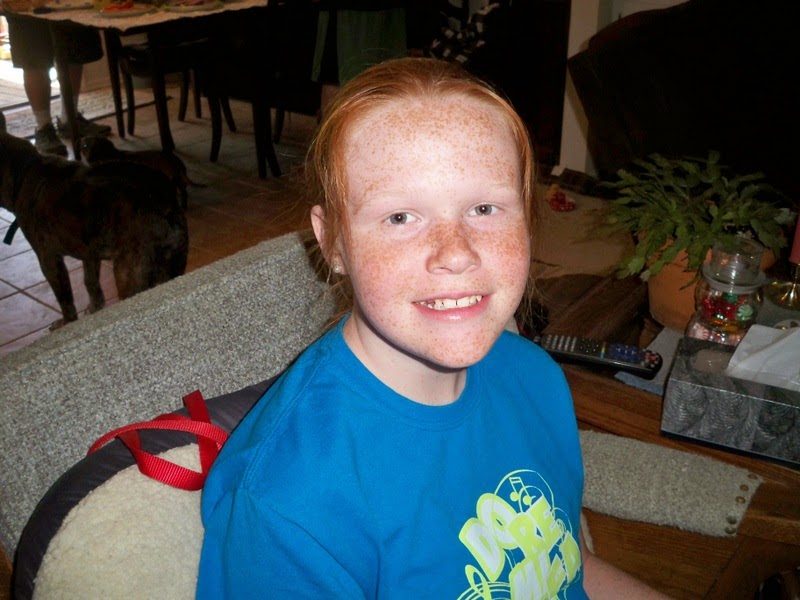 Bethy is training to be the next... gosh, I can't think of a single female golfer... shows how much I know about the sport. At any rate... she's got a really strong swing. She's working on connecting with the ball better but her cousin Auggie was doing everything he could to distract her yesterday. Her dad was the first one to hit a practice ball into the lake but Sarabeth came close, even with the wiffle balls that she uses. Jamie will hit a few every now and then but it's not her thing. Sarabeth is also doing great at basketball. She got 8 points in her game last week (out of 22 for the team) and Jamie got 6 in her game. 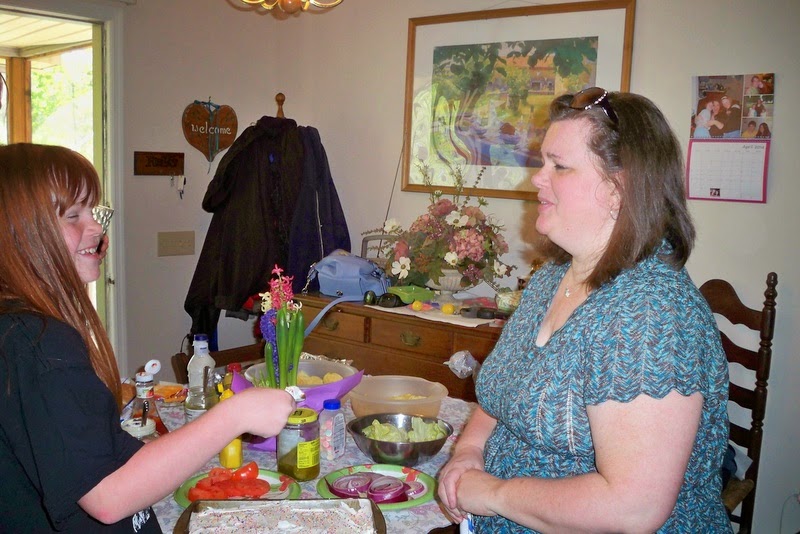 Jamie asked if she could put whipped cream on my nose (it's what they do at the local Mexican restaurants). I said, "sure" because I couldn't think of any reason not to and she really thought it was funny. 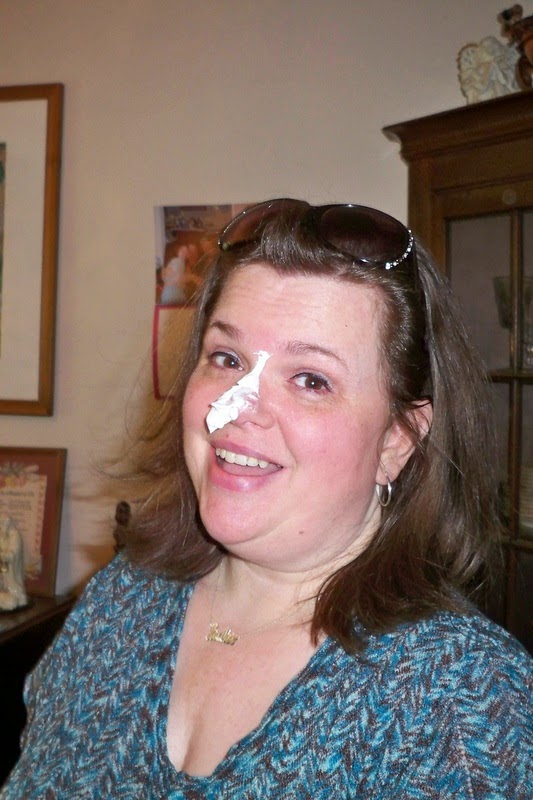 That's my birthweek thus far... Tuesday is my actual birthday and we're planning to go to the Thai restaurant that I mentioned the other day. Very excited about having Thai food!

Hope you're having a great weekend! Love and hugs, y'all!

What a lovely day! Another example of how much love you have in your life and how many people really care for you.

Happy Birthday! Glad to hear you had a good one:)