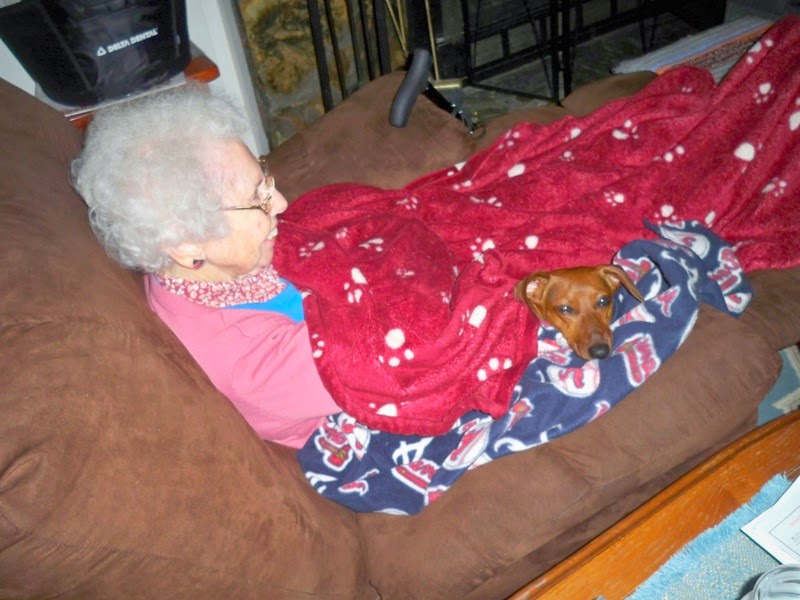 Happy Easter, y'all! I hope that in addition to the peeps and the chocolate bunnies that this weekend has been a time of appreciation for the hope that is offered by Spring... and by the Savior that we remember today.

We've had a full weekend of family, food and those sort of fun things.

Pop sprung Grandma from the "home" (the assisted living place where she now lives) and she was able to spend the weekend with us. I think she enjoyed herself and we are always grateful that she is still with us.

Last night Jim, Angie and the girls along with Angie's mom Trudy came for dinner. The girls and I dyed Easter eggs and had a really good time visiting. This morning my mom said she felt bad because I didn't have dinner at the table with the adults. I ate out on the screened porch with Jamie and we had a great time. Given the choice I'll always pick the kids table! 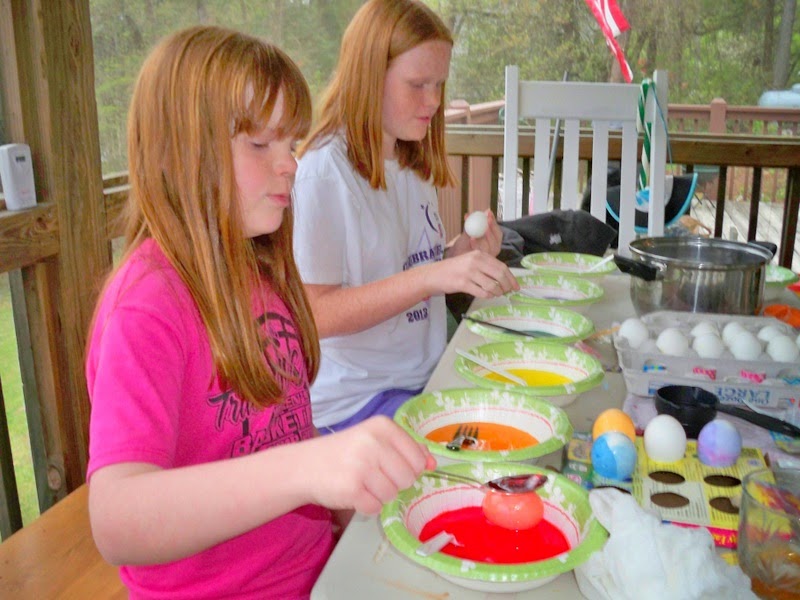 Dying eggs with girls is very different from dying eggs with boys. They didn't realize until last night that you could dip the eggs in every color and come up with a swamp grey looking egg. Then eventually we poured all the dye into the same pot. I waxed a little MacBeth, "bubble bubble toil and trouble..." and Sarabeth pronounced the pot our "cauldron of dye".  I told her it was ok to dip the eggs in with her fingers and she had a great time getting her "Easter Egg manicure". I think that's the biggest difference between boys and girls: with girls you have to give them permission to make a mess, with boys you have to convince them it's ok to occasionally be clean.

Austin couldn't resist making us a nervous wreck by juggling the eggs. He's actually very good at juggling which is hugely ironic considering that his poor small motor skills give him the handwriting of a six year old. He can juggle three things in one hand and even though he didn't drop an egg, I wanted to knock him over the head for stressing me out. 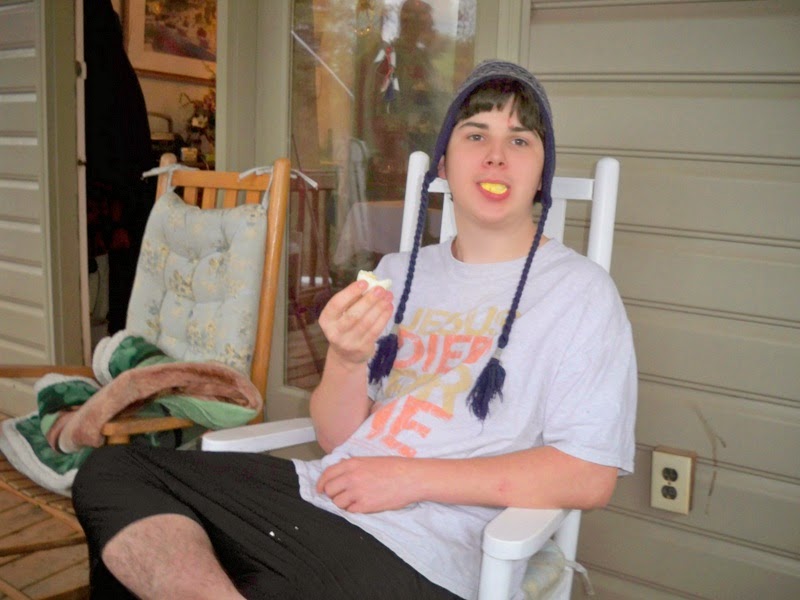 The girls and I decided that we would employ the whole WWJD - what would Jesus do - mentality with Austin. If they ask themselves, "What Would Austin Do" and do the opposite, they'll be fine. Austin objected with a few examples of things that he does that they could imitate but by and large agreed with the premise.

I told the girls that they were going to have to watch over Austin after I'm gone. They both said in unison that I was going to have to live for a long, long time! Jamie said, "Aunt Heather, please don't die... ever!" But they love their cousin Auggie and giggle like crazy at the things he does... like throw a hard boiled egg off the back porch. Little girls miss out on how insane boys can be when they don't have a brother. 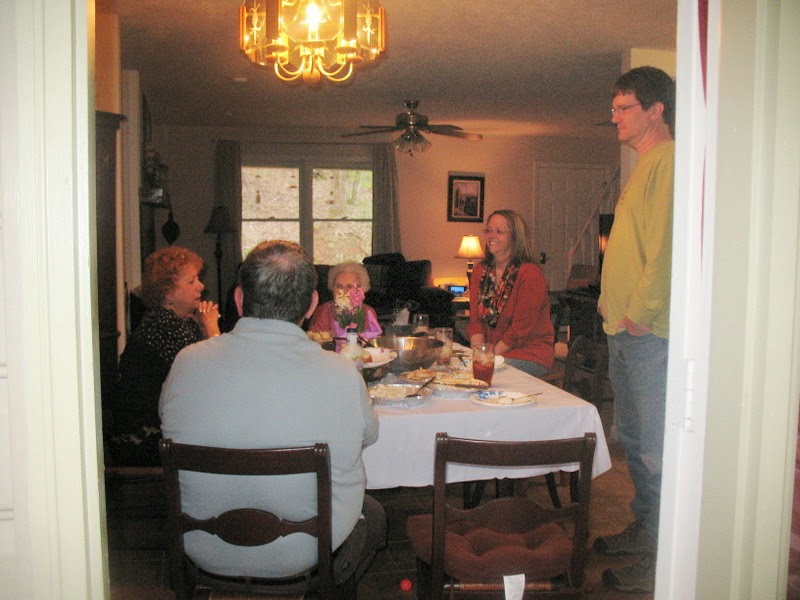 Pop is starting to teach the girls how to play golf and they had a little practice green set up in the backyard. I told them that GOLF stands for "gentlemen only, ladies forbidden" which is true - that's where they came up with the name for the game. A little while later when Austin tried to join in on the fun Sarabeth told him they were playing LOGF - "ladies only, gentlemen forbidden". Ha! They're witty ones.

I don't think I've had five minutes pain free all weekend. I've got the evil gut pain on the left and my right hip is inflamed, which is new. Normally I can ease the pain on the left by laying on my right side but right now that's even worse. It's exhausting and frustrating. At least the damp weather cleared up, that helps. I still had to really push myself to be sociable. It was definitely easier to be out back with the girls, moving around a lot rather than getting stiff and sore. Pop got all the ladies a corsage to wear to church today and I had hopes of going but before I even opened my eyes this morning I knew that sitting in a regular chair for even just a few minutes wasn't going to be possible. I'm so relieved to be going to the doctor on Tuesday, hoping to get to the bottom of a few of these pains that are "outside" of my known diagnosis'. 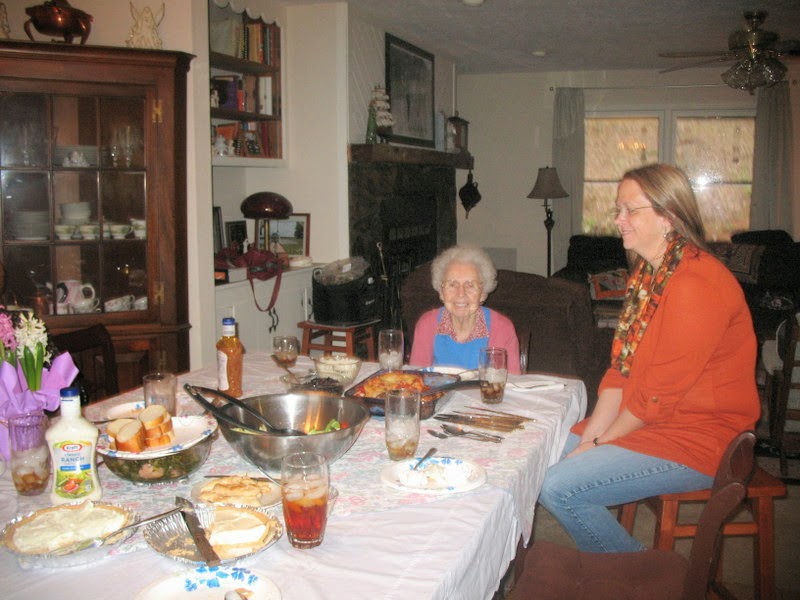 Pop took Mom and Grandma to our church and then slipped out to go up the road and sing at the Presbyterian church. He has been going to help with worship services at the local nursing home (assisted living facility, whatever) and someone heard him sing there and asked him to sing at their Easter service. He sang and then went back to our church for the rest of the service. Both churches are in "downtown" Helen and even with the holiday tourist season hasn't really swung into full gear yet so it was easy to get back and forth.

Now my parents are on the way to take Grandma back home and Austin is babysitting the dogs so it's just me and the kitties enjoying a quiet afternoon. Life is good.

Wishing you lots of love and hugs! A few more photos..... 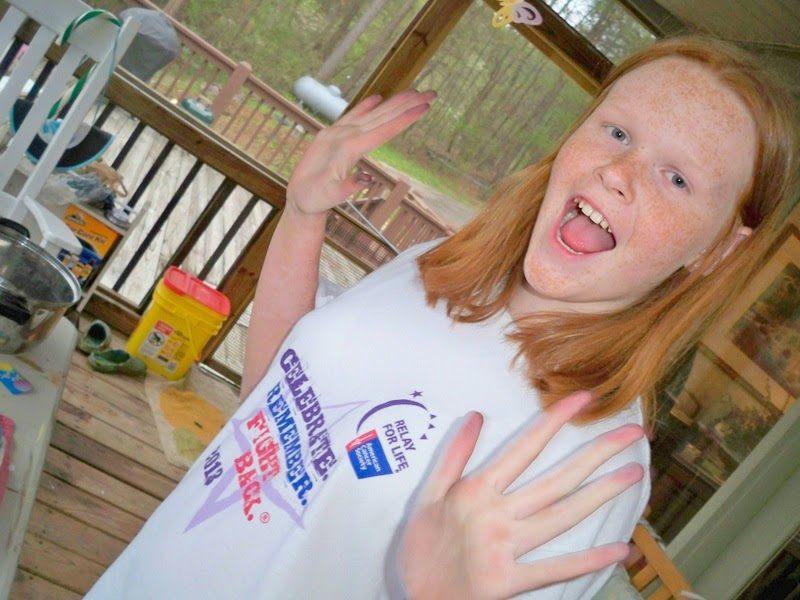 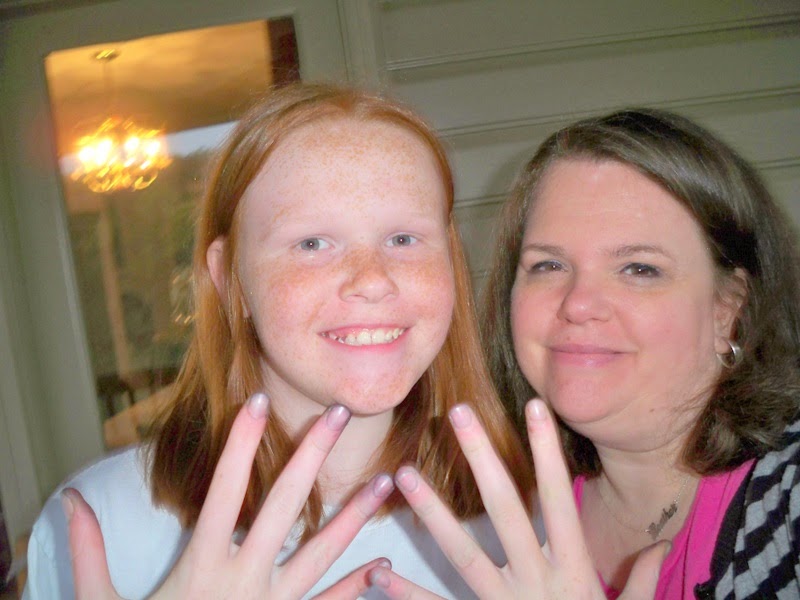 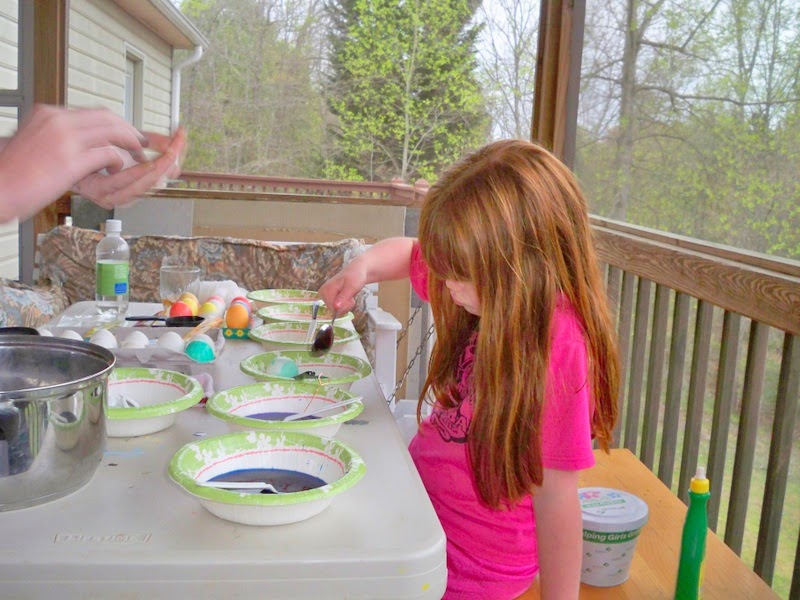 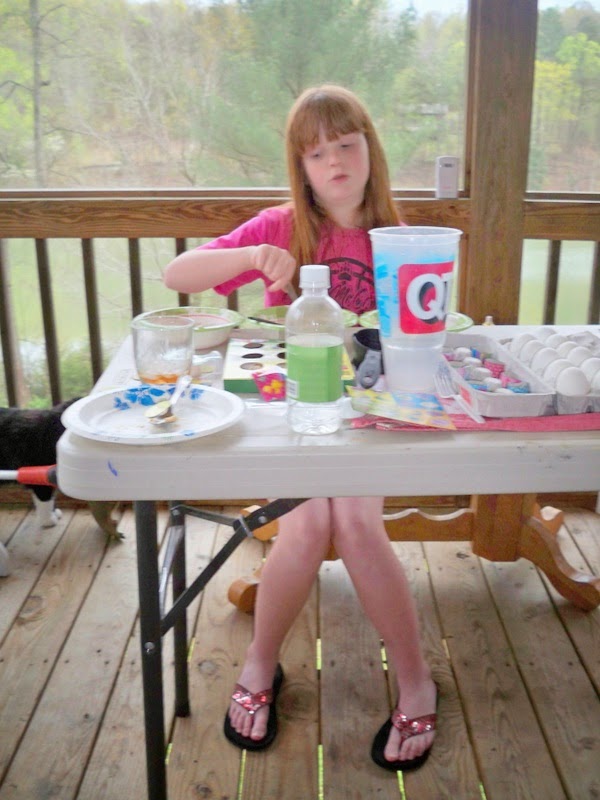 Happy Easter!
This is a great post. I wish I had the color of hair those girls do. You won't find that in a bottle.
Your grandma looks good. I know she enjoyed her time "out".
xo m