Yesterday the Kid had an appointment at Vocational Rehab at 9am. Because he is my child and my father's grandchild, he wanted to leave the house by 8:30 for a ten minute drive which put us there crazy early but... eh... better to be early than late. If you're not fifteen minutes early you're late.

Anyways... he was supposed to take the Compass test yesterday for admission to Technical College but they told him to hold off because there was some confusion about what he needed to do. I don't know.  I do with him as I've done with all my kids - I let them handle their own business. If they ask for my help or my opinion, I'm glad to get involved. I wasn't in his meeting yesterday so I'm not sure exactly what they said.

He's funny though... he can be so smart about somethings but he struggles so much with empathy. His meeting yesterday was to introduce him to new technology that's available for him when he does go to school and for help in getting a job. He was aggravated because the lady was showing him things he already knew. I said, "did you tell her you knew those things?" Um. No. Typical Asperger's failure to connect the dots. If she doesn't know you know... He says that he's smart and they should know that he knows. I said, "well, I have above average intelligence and I don't know how to work your phone". That seemed to help him understand that they weren't insulting him, they just didn't want to assume he knew stuff in case he didn't know.

While he was in his meeting I ran to Mickey D's to get my half and half sweet tea (half sweet, half unsweet - the tea is SO sweet that uncut it's like drinking syrup). It's not that I'm so crazy about the tea as I am the sturdy styrofoam cup. I reuse those cups for a week or more. I went to the bank to cash a refund check from my insurance. I went to the library. I went to the tag office and got my renewal (since my birthday is in 19 days!). All of those things and I was back at the Voc Rehab office in thirty minutes. Another reason to love my small town - running errands is SO easy. No traffic. No lines. I walked right in the tag office and didn't have to wait. I did have to wait on Austin but I had new library books to read!

The weather yesterday and today is close to perfect, minus the pollen. I have mild allergies. I'm congested year round because of the COPD but pollen makes it a little bit worse.

My adorable niece Jamie hung out with me for a little while Tuesday afternoon. The night before she had a basketball game where she had to take her first foul shots. She missed the first but got the second one! She was so funny telling me about it.

James: So do you want to know about my foul shot?
Aunt Heather: YES!
James: I was SO mad that I got fouled.
Aunt Heather: Did she hurt you?
James: No. I just didn't want to have to take a shot with all those people staring at me!

She is SO her Aunt Heather's girl! Stars in her class musical, sings a  solo - performs in a talent show - no sweat. Having to do something athletic with people watching her - MORTIFIED! She loves basketball. Both girls do. Sarabeth is really good and she's built for basketball - tall and lean.

My Aunt Claire is having surgery today. She's had a couple of months of chemo now they're going in to remove the cancer and will determine how much more treatment she needs. Keep her in your prayers! Pop is going down there so he can take Grandma to the hospital to wait during surgery. Ninety years old and she has to be there for her "little girl". 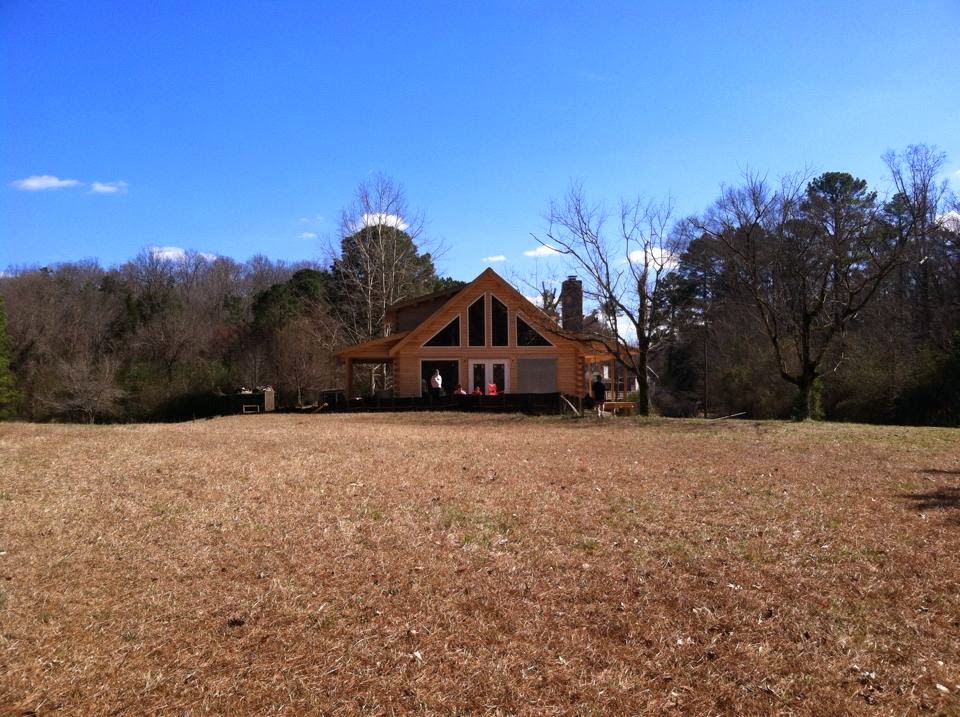 Can't remember if I shared this... my aunt and uncle's new cabin on the lake 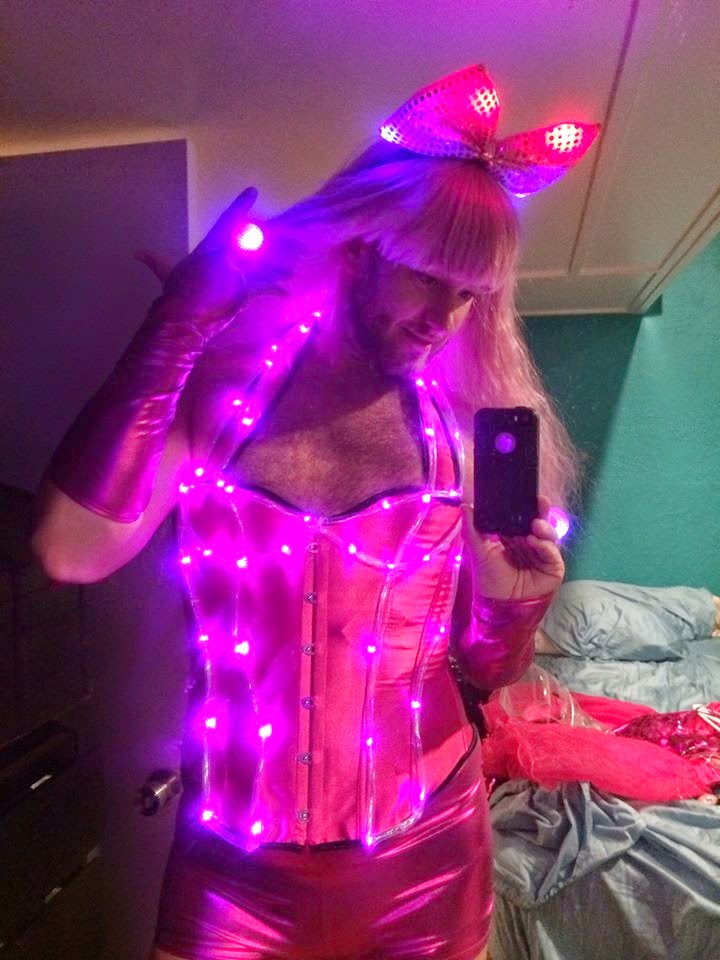 My friend Joey (remember Joey?) sent me this picture of him "tightening his corset". Ha! He's so pretty. 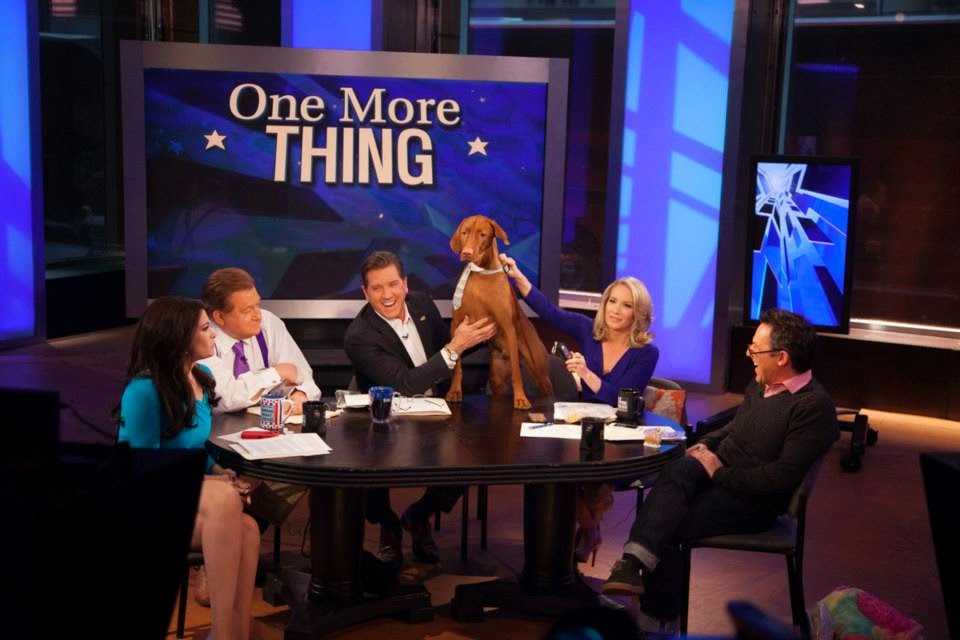 I love watching The Five. Here Dana Perino's dog Jasper is celebrating his 2nd birthday. It's sort of a running joke on there that Dana talks about her dog Jasper ALL the time. 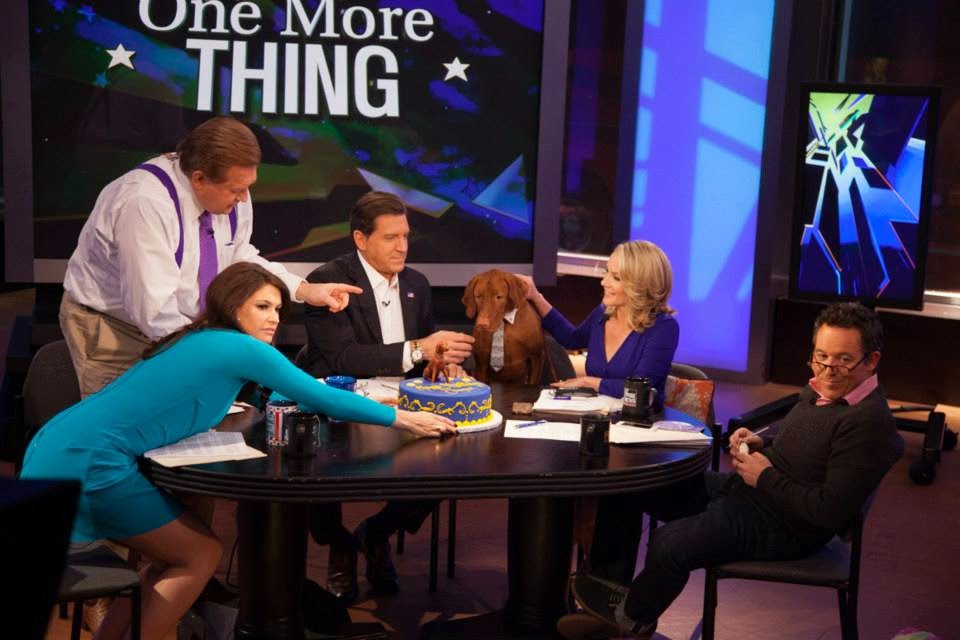 Jasper wants to eat his cake. Unfortunately the cake was for people only. So unfair! 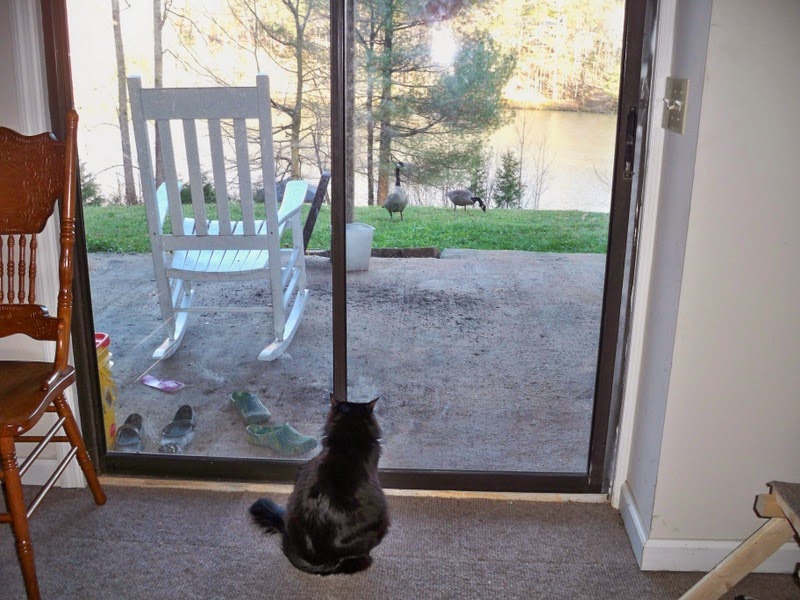 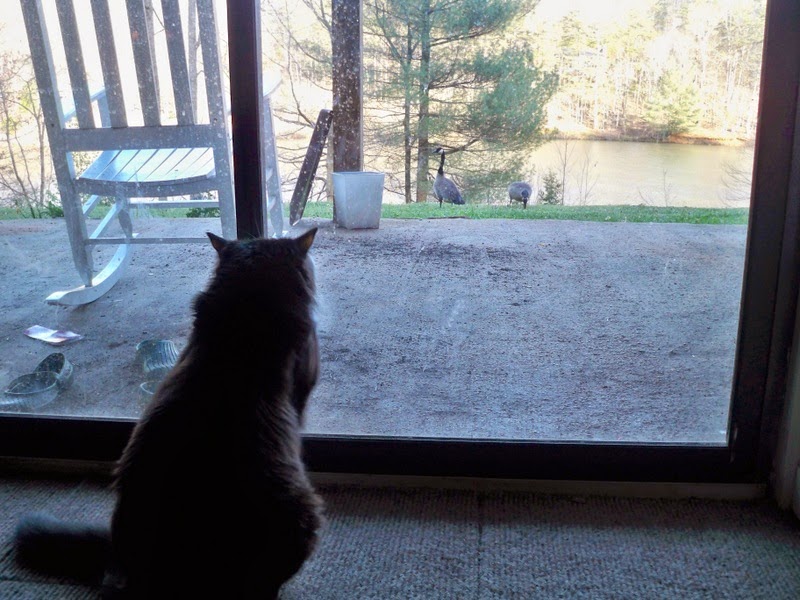 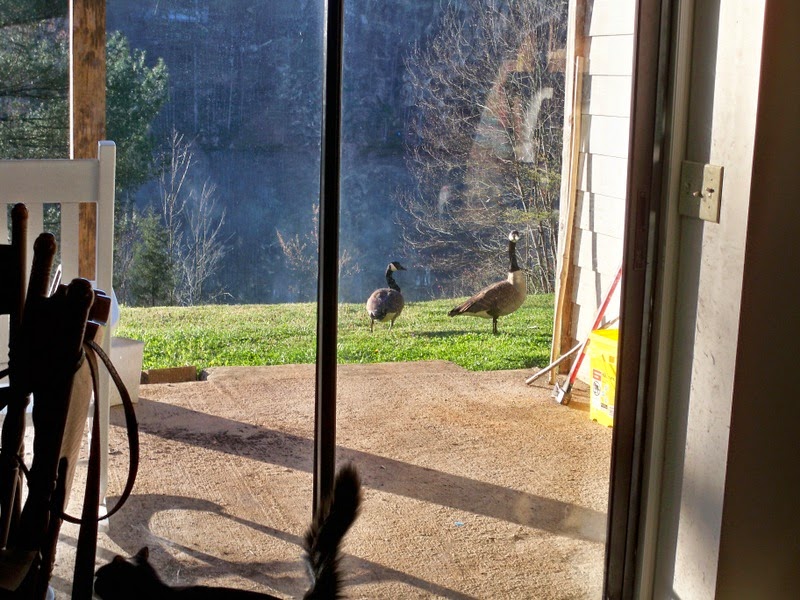 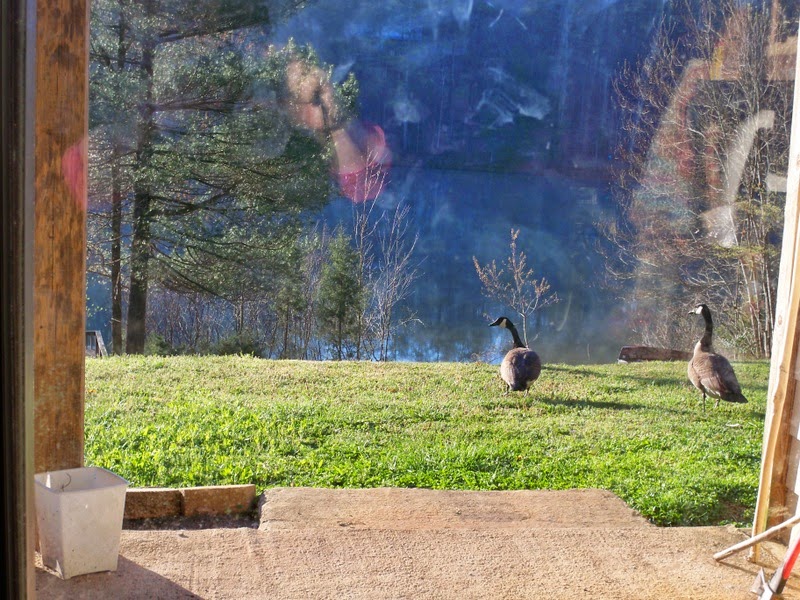 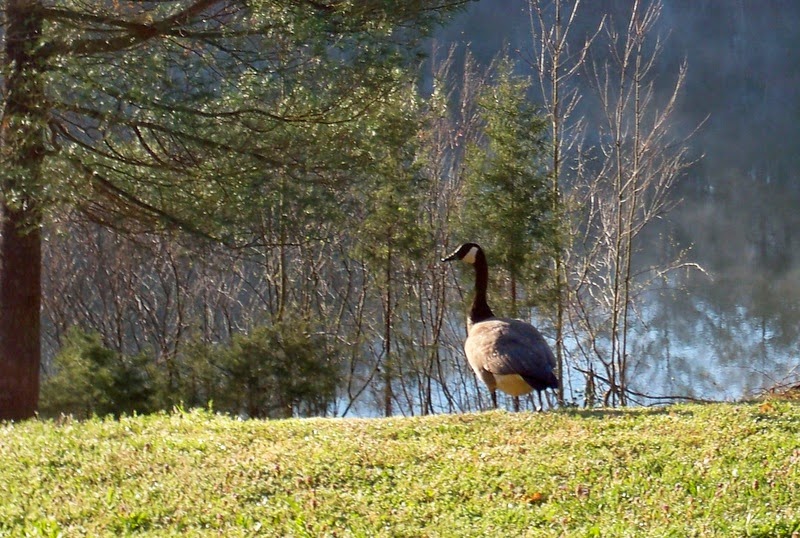 They literally come right up to the porch. The backyard is covered in goose poop.

And that's what's new around here today. Love and hugs, y'all.