Hey y'all. Happy Tuesday. Another week ticking by...

Had a fun visit with all the prospective parents last Saturday. I drug out the vintage baby clothes collection and we went through it to see if there was anything Cosette or Peanut could use. I look at baby clothes online ALL the time but haven't bought any because, no work = no money. If I could afford it I would waste an unholy amount of money on baby clothes but... you know, the truth is that my money should probably go to more practical things like diapers. 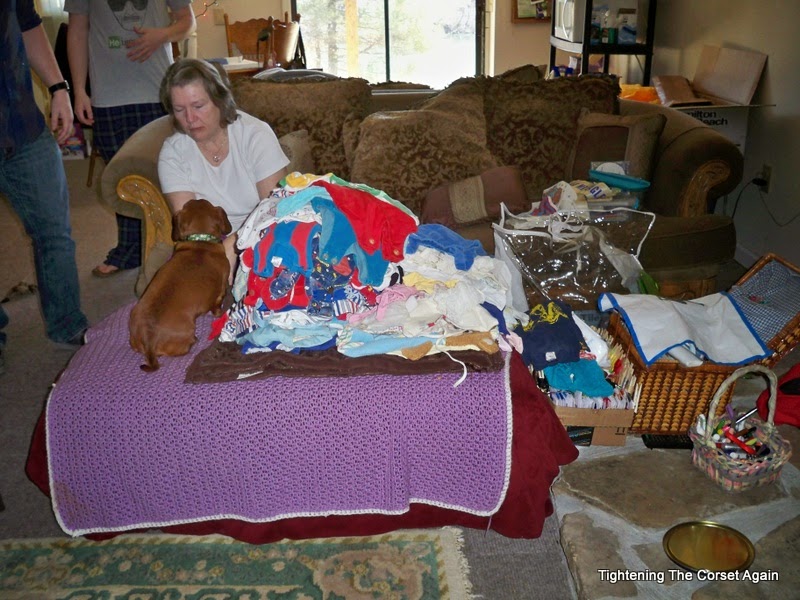 While I am very excited for these babies to get here it's sort of bittersweet for me. Lately - for probably the last two or three months - I am so restricted in what I'm able to do. I have this feeling that these babies won't really know me, especially Peanut living a hundred miles away. There are so many people in my life that I love so dearly but hardly ever see like my son Ryan who is living in Pennsylvania and Purple Michael who lives in Tennessee. Even with my nieces who are less than ten minutes away I don't see them often. I'm sorta like that 90 year old granny tucked away in a home that has to wait for people to come visit. And honestly, who wants to sit around with someone who doesn't go anywhere or do anything because what do they have to share? Stories about the good old days? I'm thankful that I can keep up online at least because people don't write letters any more. Except for my 91 year old grandma who... honestly, gets around more than me. 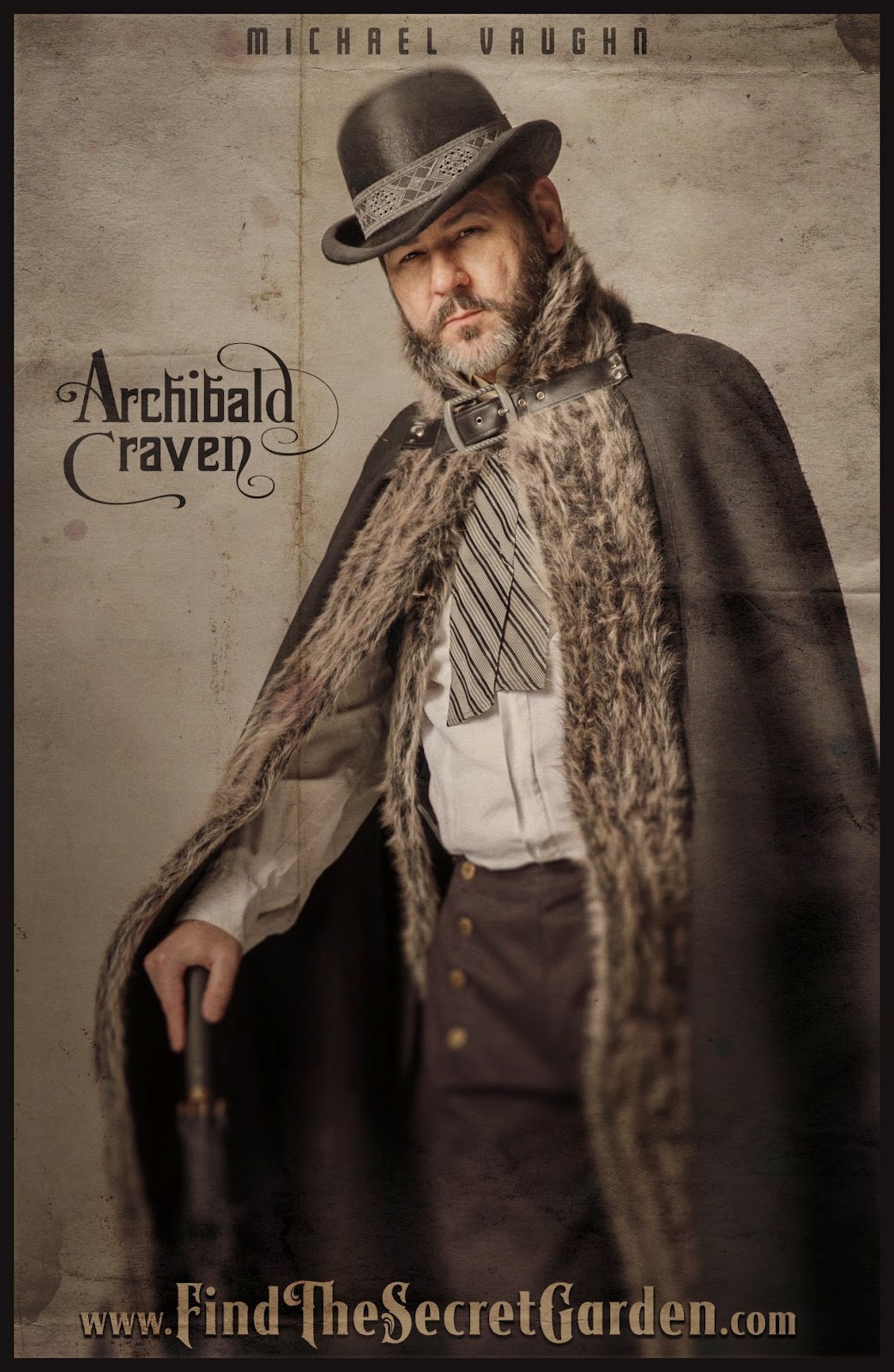 Two exciting bits of news that came to me via the world wide web... Purple Michael is shooting an new version of The Secret Garden. I snatched this picture off the movie's facebook page. I'm so proud of him. I haven't seen him since Cody and Marquee's wedding in 2010 and at some point about two years ago I accepted the fact that I would probably never see him again. Our lives connected because I was able to go where he was and do what he was doing but I can't now. He has also been going through chronic pain and just recently had surgery to get some relief. He's also had a lot of trials and tribulations over the past five years. We both have. We remain forever bonded and I will also love him to pieces. He's just one of many examples I could give of how isolated I am from the world right now. Anyways... his movie is news #1. 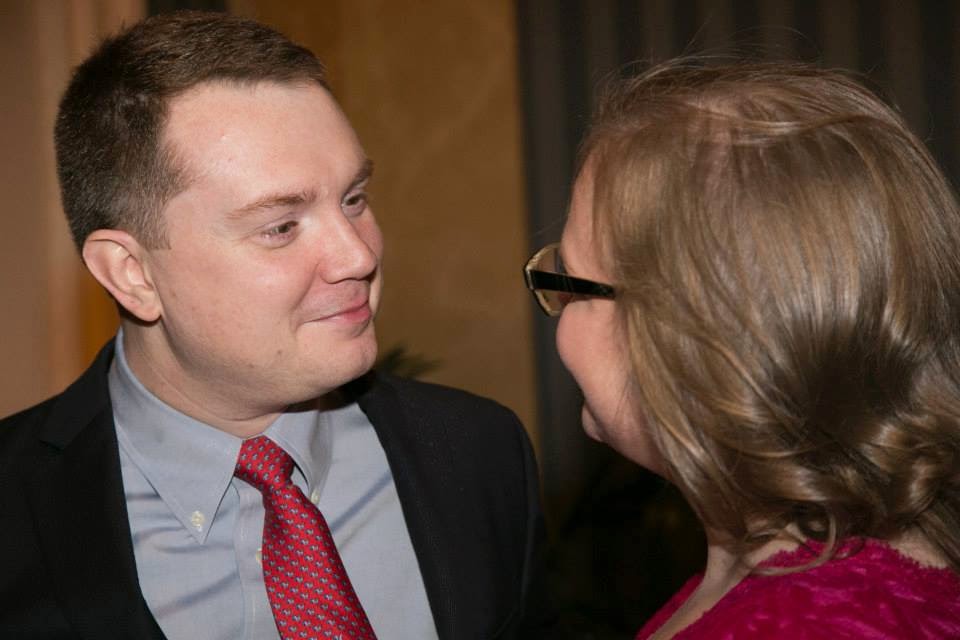 News #2 is my brother's engagement party. I snatched a photo without permission but I thought this was a sweet picture of him looking at Helen. She is really something special. We've seen Bryan in many relationships over the years but this one is different. You can tell. Our family structure always changes a bit when we bring on a new family member and I'm excited about the things that Helen will bring to ours. They will be married twelve weeks from Saturday. I have a countdown calendar for them... not a chain this time, I just have it marked on my calendar between all the doctor visits and grandbaby countdowns.

Back to the baby clothes... we did have a few timeless classic pieces like OshKosh overalls that could be used by our new generation but some things just screamed 1970, like polyester and all and I had some funky stuff from the 90's. Some things were very delicate and dainty and probably would not survive another baby. Almost everything I had was for boys but there was a decent amount of clothing left from when I was a baby. Marquee was reluctant to take things because they were precious old relics but for me, seeing my grandbabies in the things that their dad or their uncles wore is precious too. It makes new memories to add to the old ones. It was a fun trip down memory lane, something I'm really good at, you know.

I think I previously confessed my interest in The Bachelor. Honestly, I know it's all phony and fake and anyone who meets in those circumstances is probably not destined for eternal love but it becomes sort of a soap opera for me. I'm interested in how things turn out even if it doesn't feel quite like my idea of "true love". In the series that finished last night I wasn't pulling for any girl in particular. There were a few I was pulling AGAINST but... yeah. I think Chris and Whitney are good for each other because she talks like Minnie Mouse and his laugh sounds like a dolphin so they're mutually annoying which has to mean it will work out, right?

This week includes lab work for me, an ultrasound for Tasha and Cosette's baby shower on Saturday. I'm still confused about what I'm bringing but I think it's deviled eggs, a cheese ball and chips and dip. Marquee's shower will be at the end of May and it's a co-ed shower with a lot of people. Tasha's is more of a church lady shower with punch and appetizers. I'm not one who gets too excited about showers and knowing that it's going to involve pain makes me less excited but I'll do the proper grandma thing and show up and squeal with delight at the things my grandlings are gifted. I'm now leaning toward Gumby for my grandma name after my oldest called me that being silly the other day. I think it is funny and different. What do you think?

And that's it for today. Closing with a cat picture because, well, he loves me. And a granddoggie picture because he's been a good practice baby for Cody and Marquee. 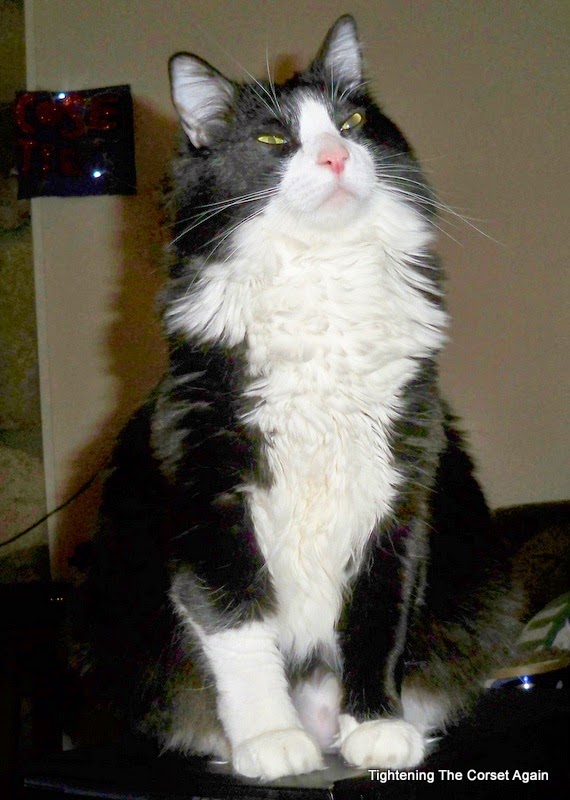 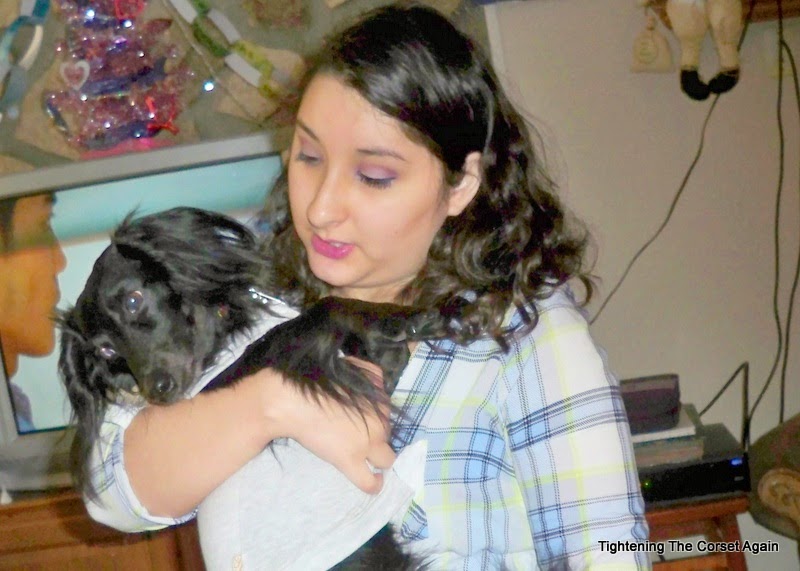 We will be together again. I promise. I don't know when it will be, but it will be. Love her!

Totally just made me cry! I love Him!