The Good, The Bad and The Adorable

It's Thursday and I haven't blogged since Monday. Most of yesterday I thought it was Tuesday and I thought... well, I just blogged yesterday so if I miss a day, no big deal. At some point I realized it was Wednesday... it's almost embarrassing to tell you how late in the day that was... but it was around dinner time when Pop didn't start cooking dinner because he was AT CHURCH because, duh, it was Wednesday. So that's how this week has been.

Pain wise this has been a tough week. I hurt every day and I know that's just my normal but this week it has bothered me more and been more frustrating than usual. I can't say that the pain is worse, necessarily, just that I'm not coping as well as I usually do. I know that people sometimes give up when they get to this point... when the dealing with it becomes too much... and there is just too much good in my life for me to give up. So I just keep focusing on things that make life good... half price chocolate on the day after Halloween... shopping for Christmas presents... wasting a lot of time doing things that I want to do and doing fewer things that I need to do. Conversely, yesterday when the pain was really pissing me off, I waited until my pain meds reached their peak efficiency and then I went all out for about twenty minutes picking things up and tidying up and restoring some tiny bit of order to my space because it made me feel like I had control over SOMETHING. And that, ladies and gentlemen, is Coping With Pain 101 - do what makes you happy, do what makes you feel like you have some control over your life. 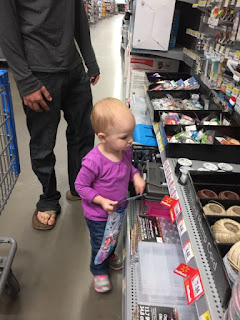 This girl cracks me up. She has to walk when we're in Walmart and she randomly drops things into the cart. Like twine. Because she knows what twine is and has a need for it? 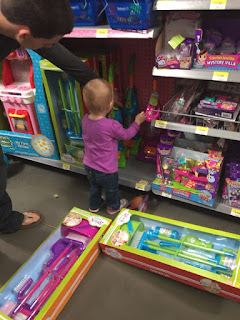 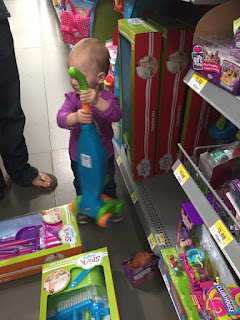 We let her pick one toy. The decision process is funny as heck. Does she need a toy vacuum? Who knows... 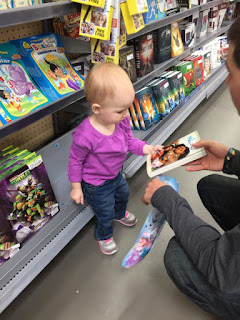 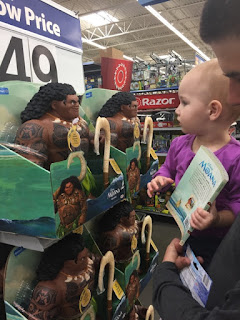 Why... does she have interest in this new upcoming Disney movie and how did she understand that the book and the character were the same thing? 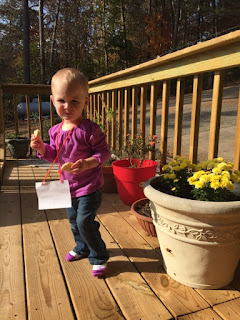 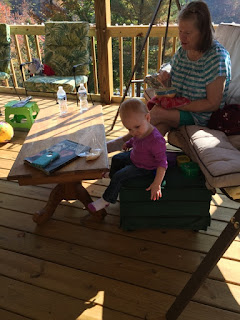 My mom's cellphone rang and the normally very quiet baby girl hollars, "HEY"... like, "HEY... your phone is ringing"

Breakfast at Huddle House. She's a diva. She watches every person who is in the restaurant, waiting for them to say hello to her. If they don't... she is disappointed. If they do, she acts all shy and embarrassed. Every new person that walks in... she stares until they acknowledge her presence. 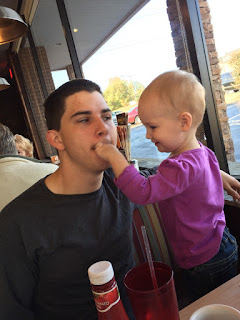 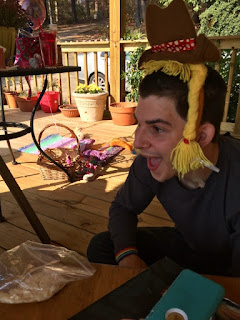 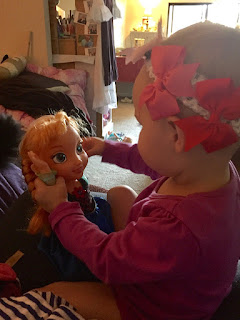 Glam time with Nana. One bow is not enough. Also... Princess Anna's hair was getting on Cosy's nerves so she was pulling it out. 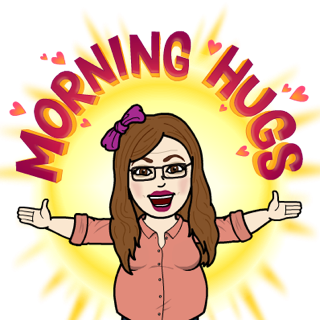 So that's my week. Now on to my Italian lesson for the day. Happy Thursday... if it is, in fact Thursday. I just can't be sure. Love and hugs, y'all!