Gosh, is it Sunday already?
It's my Uncle Bruce's birthday - a milestone birthday for him, at that. I've updated my facebook cover in tribute.
Mama had one of her shots related to her cancer treatment on Friday and she's felt pretty icky since.
I've been having a lot of pain in my back and a headache from hades so I've been unintentionally empathetic.
Although she doesn't feel like eating and I feel like doing nothing BUT.
Didn't help that Pop made pimento cheese yesterday for lunch... and chicken pot pie for dinner... and pudding.
And today for breakfast at I-Pop we had apple cinnamon pancakes.
And tomato sandwiches for lunch on white bread with mayonnaise and lots of pepper.
And bread and butter pickles, which Oscar begged for.
Ever known a dog that loves pickles? Well, stop by here and we'll show you.
The offer that mama and daddy made on their mountain home has been escalated to the next level (it's a foreclosure).
Apparently some big-wig at the bank has to decide on it.
I hope they get it. It's only a few miles from where we were living.
I keep calling this one "nudie hollow" because it's sorta near a nudist colony. Well, on the same lake.
The other house that I liked for them (us) was on Nora Lane - which I kept calling "Norma Lane" because that's my mom's name.
Norma. Not lane. In case that was confusing. Her name is Norma Ray, like the movie, if you're old enough to remember it.
Nudie hollow has a great "daughter suite" on the lower level.
Not that my daughter suite here is that bad. Plenty of room for me and the fur-babies.
And a couple of dogs. Like poor Lady who had a tumor taken off her leg last week and has been wearing the cone of shame ever since.
Cody and I only played basketball with the cone once. It was HUH-larious! 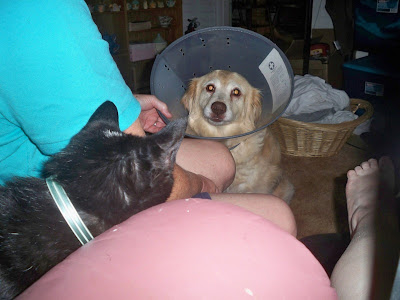 Has it been a few days since I shared cat pictures with you? Here's what we've done this weekend (examples of sleeping cats, cat playing with straw and a photo of "the stub" for those who have wondered what it looks like) 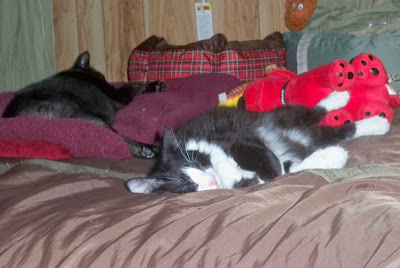 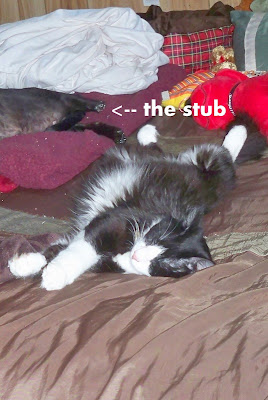 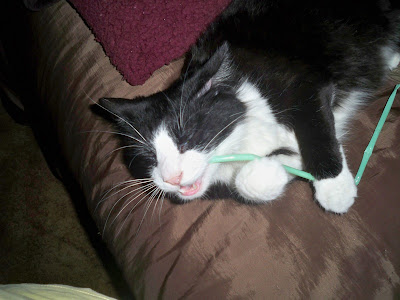 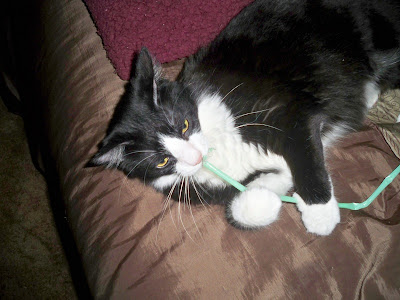 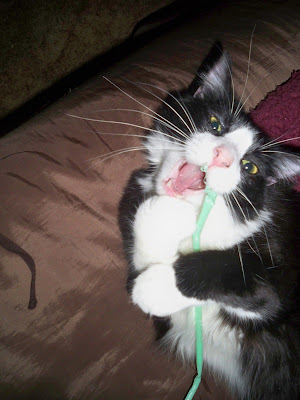 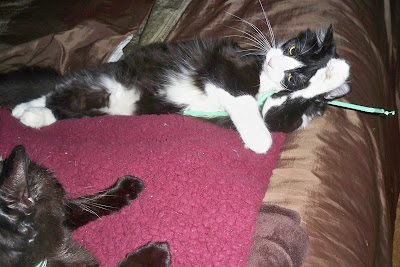 I know... they're just adorable, aren't they?
I also went grocery shopping with Pop and tried to save some money on coupons but we only saved about $5.75. Better luck next time.
And I've worked on my genealogy. I connected with a lady whose great-grandmother is the sister of my great-great-grandmother and she sent me some photos of family graves, which I find interesting but (like the cat pictures) they're not for everyone.
These are my great-great-great grandparents graves in the Buena Vista, Georgia cemetary. Buena Vista is pronounced "BYOO-nah Vista" not "Bway-nah Vista" as it might be if it were in California or someplace west of the Mississippi River. We just say things differently here.
This is where my great-grandmother, Sarah Jane Bullock Baldwin grew up and lived up until the time she married my great-grandfather. One of the sweet letters he sent her is simply addressed, "Mrs. Sarah B. Baldwin, Buena Vista, Ga." (see below) (she was widowed, her first husband died only sixteen months after they married). 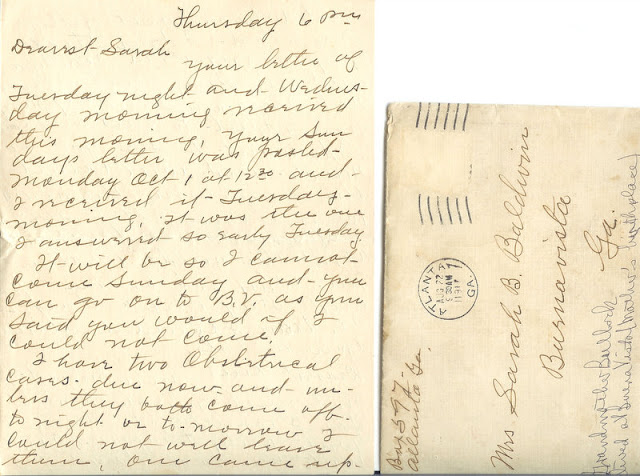 I'm working on transcribing these letters but he was a doctor... so the handwriting is... well, like a doctor (may he rest in peace). You will notice that at the bottom of the page he mentions "I have two obstetrical cases due now and unless they both come off to night or to morrow I could not well leave them". He was a General Practitioner but in 1917, that included delivering babies.


And these are the tombstones I mentioned: 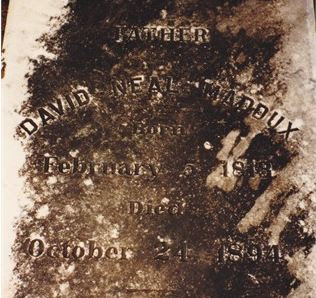 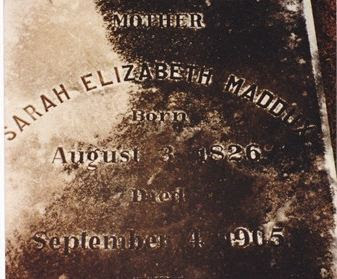 So that's the big happenings around here. Hope you're having a great weekend!