I spent many, many hours today scanning old photos, editing them and posting them on facebook and in the few hours since I've gotten lots of fun feedback from people who were in those photos... touching base with family and friends from all different lives and lifestyles. That made for a very happy day. If you're ever down (and I wasn't, just missing Austin a little but other than that, I'm ok) pulling out a box of "happy memories" can turn your frown upside down!

Here's a series of Cody pictures. He was my middle child but he has the confidence of a first born. He's just a sweetheart. 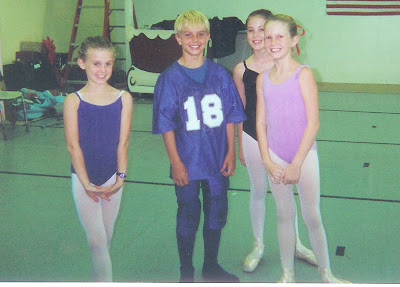 Yesterday evening Cody stopped by with two albums of photos he wanted me to scan. His instructions were "no pictures of me in dance clothes and stage makeup"... bummer... I guess this one of him at Nutcracker Rehearsal in his football clothes is acceptable. Those autumn afternoons were the best... three kids with three different rehearsal schedules at the dance studio... two kids with two different football games in two different directions... one single mom to somehow make it happen. And sometimes Cody rehearsed in his football uniform but NEVER did he EVER wear his dance clothes for football. Promise! 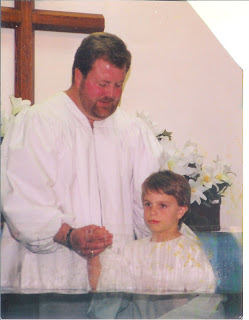 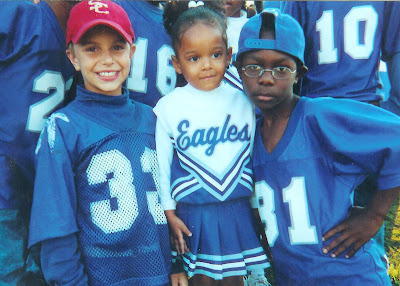 Cody and Keano and I have no idea who the sweet baby girl in the middle is... maybe Keano's sister? 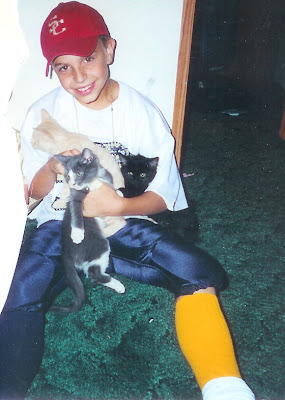 Cody and his favorite litter of kittens... the grey one is still with Cody - he calls him Tommy, Marquee calls him Thomas, and Purple Michael calls him "PussPuss" 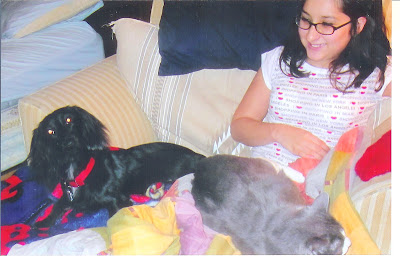 Marquee and her furbabies - Sammy and Tommy 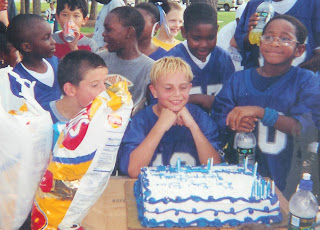 Those crazy busy Saturdays left no time for birthday parties... we just coordinated birthdays around his games or practices. 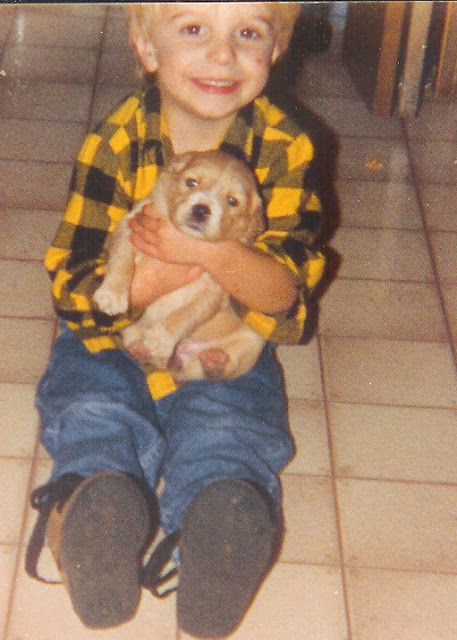 This is my middle child... I always used to say that Austin is my youngest and Cody is my baby... this is why... he's just a little love. He is still a love... 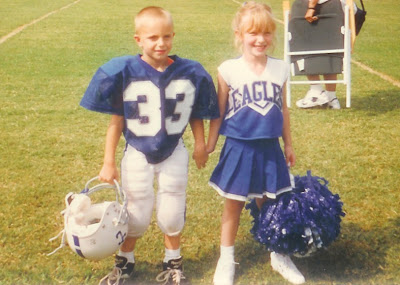 My friend Rachel insisted on having Cody escort her daughter, Rebecca, for Homecoming. Homecoming weekend fell during a weekend where we were traveling to Clarkesville, TN for Cody's great-grandfather's wedding to his second wife, Oma. Rachel agreed to keep Cody for the weekend... 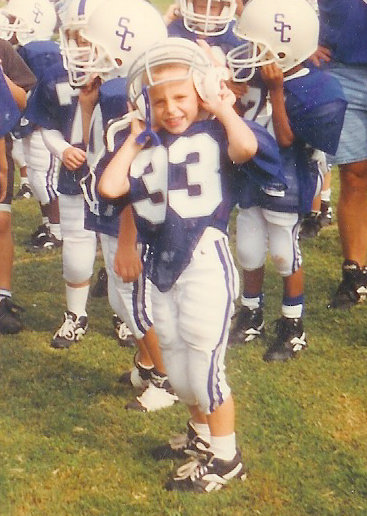 You  couldn't know Cody and not just love him to pieces... he was (and still is) just the sweetest boy. I have missed having him close by.

Word from Grandma's doctor today is that she really can't be left alone any more. The elders will have a meeting of the minds and figure out what the best option will be. While Im not working, I'm fine with staying with her. If we could get her to add internet, I'd be perfectly happy to stay with her. I would love to have a good chunk of time to record some family history, scan in some of the antique photos that she has all over the place, learn more about her life - especially right after World War II in New York City. I can't imagine a better time to have lived there! I just know that she very much wants to stay in her home as long as she can and as far as I'm concerned, I have to do whatever I can to make that work for her. She's frail but she's a treasure. I want her to be where she feels treasured.

And that's been my Monday.
Tomorrow it's my turn to take Marquee to school. I've got to get prescriptions refilled and I need to get some cat food for my cats - they hate the generic stuff Austin got them and are hijacking my mom's cats' food.
Hope you had a great Monday and that your Tuesday is even better! Love and hugs!

I love the photos, I always feel nostalgic and a little sad when I see pictures of my son when he was little. Now he is almost 21!