When I first moved up here from Florida, I had a really rough time dealing with my anniversary with my second husband. In fact, on the first anniversary after we split up, I was trying to push on like everything was ok and ended up having a breakdown at work and had to leave. That was July 15, 2009 (here's the link for the blog from that day . I thought that every year that date would be a painful reminder of that terrible time in my life. Then in 2011 my house got struck by lightning and now THAT day is the day in July that gets me all melancholy. Not depressed or distraught like the anniversary did but more of a "Geez... I've survived SO MUCH STUFF" way.

You may not remember (so here's the link back to the day of the fire) but it was also the first day that Little Trouble Kitty came to live with us. My friend Tami had driven him up from my parents' house about two hours before the fire started. I never even got to cuddle him and ended up having to leave him in the car at my brother's house until my parents could get there to pick up the cats (since Jamie's allergic although I must say, she's done much better with cats lately) and board them for me until I found a new place. So today is my "Gotcha Day" with Little Kitty. 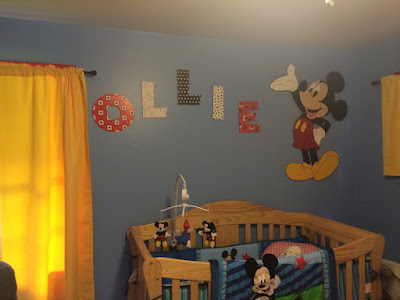 And now, of course, our little Ollie-Pop is due this month and I'm sure that I will forever have an amazing day to remember every July! He is due toward the end of the month but I don't see him waiting that long because there is simply NO MORE ROOM for him in his mommy's belly!

I'm taking a rare break from sewing today because arthritis in my shoulders is KILLING me. I think it's arthritis or fibromyalgia because we've had bad weather over the past few days and my hips are hurting pretty badly too. I had a nasty little headache last night that woke me up a few times. I'm out of advil and didn't want to go upstairs and fumble around for it because... hip pain and sleeping people. I'm going to pick up Cosette and her parents in a few minutes and enjoy a few hours of cuddle time. She went to the doctor last Wednesday and now weighs 10lbs and 8oz! Her crying the other day was caused by being constipated so they got Pedialax for her and that alleviated the problem quite quickly. They are supposed to use it again if she goes for a day or so without pooping so hopefully she won't be as fussy as she was last week.

Anyways... the point of this post was to remind me/you/everybody that it's ok to reflect back on hard times to use them as a measurement of progress... and to remind us that life does go on, even when you can't imagine how. Who could have ever predicted a JULY in my life that I would look forward to with such optimism? It's like the song says, "If you're going through hell, keep going". That's also attributed to Churchill so... I don't know... somebody said it and somebody wrote a song about it. And in the words of Shelby from Steel Magnolias, "Miss Clairee, there are still good times to be had."

We'll revisit this topic again soon when I tell you why I'm dreading August. Love and hugs, y'all.

Look how far you have come. You are a survivor surrounded by a great family.
I love Ollie's room.
m~