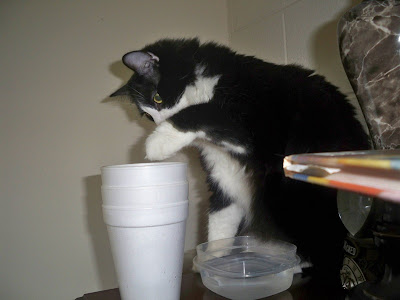 Another month has come and gone. Three months exactly since I stopped working. It's still bizarre. I still have the feeling of "playing hooky" when I run errands during the "work day".

This morning it was the Dollar General. We were low on toilet paper. Most of my life I've lived in places where there was pretty much just one toilet that I used. I mean, from the time I've been "grown" I've lived somewhere were there was at least a bath and a half but for most of that time I've had little boys and I just don't like going where they go so I've just worried about my personal potty. This house has three and a half baths which means that we have to maintain the inventory in four toilets and it takes some getting used to.

I was also feeling pretty icky and congested so I went to get something to help with that. I bought some off-brand mucinex. They had coke products on sale for 3 two liters for $3. I don't drink cokes but my mom drinks sprite and Austin drinks coke. I bought myself some gatorade, thinking it would help with the congestion. (And something did, I feel better tonight than I did this morning.) 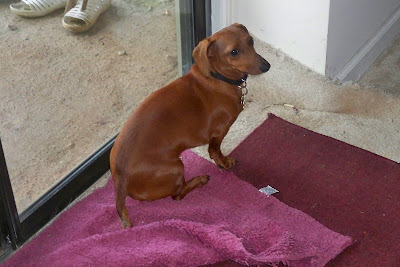 Other than that, it's just been another day of watching tv, eating and being a zookeeper. Oscar believes that if he comes and stands by the back door long enough SOMEBODY will take him to the dock so he can go fishing. That baby loves sushi.

I was sitting here reading blogs and glanced outside to see the perfect little  bit of last light of day making the trees across the lake the deepest, darkest green. By the time I dug out my camera, the light was gone so you'll have to take my word for how really beautiful and peaceful it was.

You can never be too rich or too thin or see too many sunsets. Even though it's the same view everyday, everyday it's a little bit different. Just like the person looking back at me in the mirror... everyday just a little different. 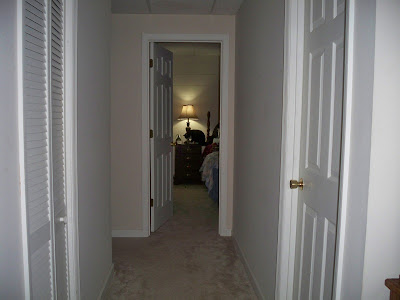 The picture is of Little Kitty having his evening snack on my nightstand. He knows that whenever I turn on the lamp it means that I'm going to give him a fresh bowl of water and put out some kitty treats. We have a nice little routine.

My little Whine Cellar feels a little bit like a time capsule. I make up my bed and tidy up the downstairs before I go upstairs in the morning. It really only takes about two minutes to clean up my spaces because it's just me - Austin stays in his room and other than the bathroom (which is always slightly disgusting) we don't really cross paths. I have my lovely little bedroom and my cozy living room and nobody uses those areas much, other than the things that get deposited on the table by the backdoor. After a day of tv watching and being sociable, when I descend the stairs into my little honeycomb hideout, it's all like a picture in a magazine - everything just as I left it. Austin had a friend over this evening and he said he loves this basement - he said, "it would make a perfect rental space". Paws off. It's mine. And Little Kitty's.

In 29 days my middle son will be 23. in 30 days my next to the youngest brother will be 35 and my next to the youngest nephew will be nine. I'm not as excited about college football starting as I once was but maybe I'll warm up to it. Last Fall every weekend I spent up here was a weekend away from tv. Now it means a weekend watching on the big tv. Other than birthdays and football, the only thing August really brings is more time ticking away toward the decision on my disability claim. A little closer to cooler weather and a nice change of scenery, even if I'm looking out the same window.

I've gotten word that my childrens' dad is having another round of trouble with his drinking/going to work problem. I'm sad for him that he can't manage to hold it together. He is good at what he does. He's a smart man. He had everything going for him and he just can't stay sober. Every time this stuff happens I thank God that I'm not the woman worrying about how to pay rent without his help and I'm thankful that my kids don't have to find him passed out drunk when they get up in the morning. I'm glad it's not me going through it but I'm not happy that anyone is having to go through it. Drinking has robbed him of so much happiness that was there for him. Even though a part of me believes that my spine would have held out longer if I hadn't had to bear such heavy burdens as a young mom... I also thank God for the path that I took away from that situation and I thank God that I'm no longer sitting around depending on a child support check to get us through.

So that's how August starts... much of the same... hope you have wonderful things heading your way this month! Love and hugs, y'all.