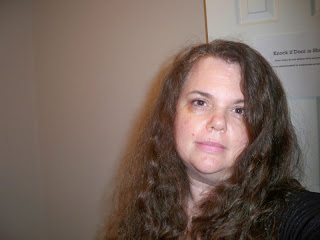 Would you hire this girl? Seriously?

And do you want to take a guess what the humidity is today? Check the human barometer.

I promise this hair has been conditioned and moussed and detangled. It used to be pretty curls. Now it's just pretty much a mess. Back to the side braid again tomorrow. 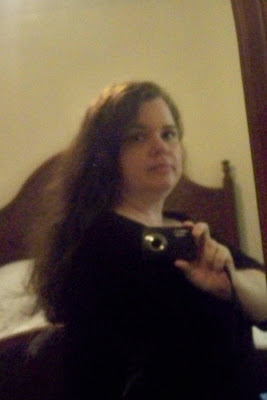 So the notice from Social Security came in the mail today. I've been declined. I'm bummed but not looking for a bridge to jump off of. At least we're a step further along in the process. The disability attorney's office said they would contact me in a few days to go over the appeal process with me.

It was interesting, though. The letter said that they were able to confirm that I'm no longer able to do the kind of work I was trained to do but had not been able to determine if there is some other work that I could do.

Um. Coal miner? Because if I can't sit ... and I can't stand... and I can't walk far... and I'm frequently dizzy and nauseated from the medications I need to function, I'm not sure what other work I might be suited for. Internet researcher? Professional Facebooker? President of the United States? Selfie Taker?

I understand that basically unless you're on death's door there's almost always a initial reject and I was, for the most part, prepared for that. I was hopeful that wouldn't be the case but it is what it is. I'm sure they have to make sure that people are legitimately incapable of earning a living but honestly, would you hire me? Knowing that I am able to function about three days a month? 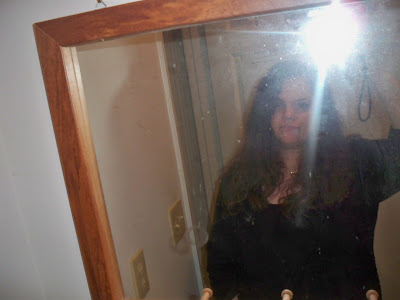 The good news is that this initial response came in three months and not the six months I had heard could happen. Hopefully this means that the appeal will be settled before the end of the year. It's not going to happen, unfortunately, before the end of the money and that's probably the thing that stresses me out the most, especially on days like today where I had to spend way too much money at the grocery store. We were out of food. I've skipped a lot of meals (not that you can tell and not that I really missed them - I don't have much of an appetite) but I have to make sure there's food so that when I need to eat I'm not in the position of having to go out when I'm feeling peckish.

I really, honestly, didn't even have a wee moment of self pity. Not until the kid was a little too loud in his response to my "gentle reminders" of our goals for the week. I asked him to lower his voice and he said, "You're talking to me like a child!!" and I said, "because you're ACTING like a child!". He disappeared back into the abyss of the Whine Cellar and I haven't seen him since but that little interaction was the thing that broke the dam.

Here's the thing about living with pain: you are pretty much already maxing out your capacity to "deal". This is why I have lost the inability to suffer fools. There's far too much foolishness involved in just getting through the day. Even when the day consists of mostly web surfing and maybe a thirty minute trip to the grocery store. Well, maybe because the day only consists of web surfing and a short trip to the store. When there's only one human in your periphery and that human behaves in a way that is particularly inhospitable... it's just a bummer.

And the cats keep pooping on the floor, no matter how often I clean the litter box which really has nothing to do with any of this, it's just another thing that happened today. I scrubbed the floor with vinegar trying to dispel the notion, in case any of them were confused that the floor might be a possible substitute for the VERY CLEAN litter box. The next step - they're going on a liquid diet. After that - they're bear food. Just kidding.

Also, I want to point out that in The Big Bang Theory episode about the Penny Blossoms, the guys have a big can of Cafe Bustelo coffee on their counter which is my favorite coffee. I've sort of stopped drinking coffee which really isn't that unusual for me in the Summer but. It happened. And I feel validated knowing that this is Leonard's choice of coffee (since Sheldon doesn't "do drugs").

I also want to mention that this is Left Handers Day. I'm left-handed, in case I hadn't mentioned that previously. And obviously in need of a trip to the hair stylist. And a new career.

Anyways... that's my day. Hope yours was better.

Hi,
I think that Social Security probably denies about 99.99999% of initial requests for disability. That's just what they do. That scares a lot of people and they don't pursue the issue any further. SS(gov't) loves that.
You just need to not give up and be determined to receive what you are due. And yes that fact that you were rejected in such a short time is good news. (I think)
Just stay on your lawyers case and make sure they stay on yours. :)
Nite-nite,
m~