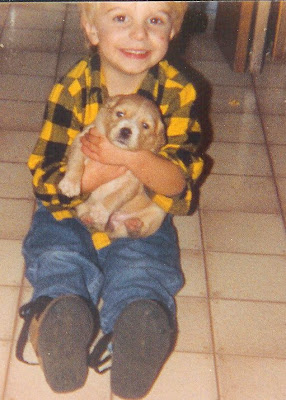 He was due on September 11th but started coming on Memorial Day. By the time he was born on August 30th, I had spent a long, long Summer on bed rest trying to make sure he was healthy and strong. That afternoon, around 3pm, I got up from the bed and my water broke and I knew there was no going back. He was born shortly before midnight... not long after the doctor had told us to send our friends home since there was no chance he would be born before the next day. He's always had his own way of doing things.

We named our little 6 pound, 13 ounce baby boy Justin Cody. We were going to name him Scott Nathaniel and call him Nathan but it just never seemed to fit. We loved the name Cody but our friends, Mary and Doug, liked the name Cody for a boy and we didn't want to take it from them. The movie Parenthood with Steve Martin was out (probably on cable) and there was a son named Justin in it. I like the name Justin and we thought... we'll just throw Cody in as a middle name.

When "Justin" was about three years old he announced he wanted to be called Cody. And so he was. Incidentally... Mary and Doug eventually had a little boy of their own and named him Nathan. Life just works out that way. 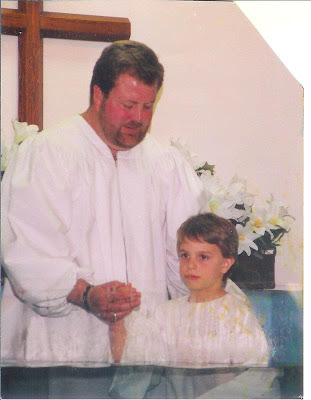 I always say that Austin is my youngest but Cody is my baby. He has just always been the most sensitive and loving of my boys, a protector. At my grandmother's funeral when Cody was 7, they had it set up where grandma's children were on the first row and the grandchildren and great-grandchildren on the next rows. Cody pulled away from me as we walked in and said, "I have to sit with Mawmaw... Mawmaw needs me". And she did.

Cody was my athlete. My dancer. My superstar. He was always determined and gave a hundred percent to everything he did and when he was done... he was spent. I can remember him playing on a competitive baseball team when he was six (yes, just six) and we would play these weekend tournaments where they would play 5 or 6 games in a weekend. He would hang tough all the way through and then want me to carry him to the car after the last game. And I did.

He was the kid who was always happy. Always wanted his meal "super-sized". Once ordered prime rib thinking he was ordering ribs. Had a pacifier - three pacifiers, one in his mouth and one in each hand - until he was 3.  Was so tiny we had to have his first football helmet specially made. Was such a stud that at 14 he had an 18 year old girlfriend (who asked me first if I was ok with her dating him. I was. It didn't last long.). He took dance starting when he was 7 because his uncle did and he thought it would be cool. It was. He loves Florida State and even went so far as to steal one of my Florida tshirts and burn it. He is a huge Braves fan... J-Hey is his favorite. His big brother was always his best friend. He loved La Parilla so much that he had them cater his wedding reception. When he was about 12 Purple Michael and I were having cocktails and Cody asked for a sip. We gave him water instead... but he, not knowing, played off like he was tipsy. I've never laughed so hard in all my life! 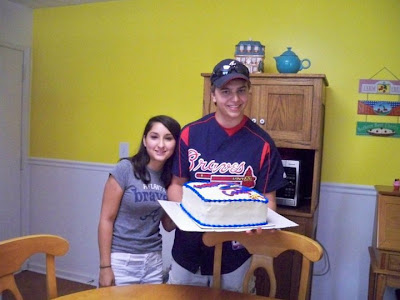 He married an only child and her family has treated him better than I could ever have dreamed for him. They have brought this gringo boy into their fold like he was born to them and spoiled him and fed him - he's put on a few pounds since this picture was taken at his twentieth birthday! I never worry about him because I know that he is loved so well by his wife and his in-laws. That's the thing about Cody, though... everyone always loved him.

When his work situation wasn't working for him earlier this year, he found another job and gave his two week notice. His employer didn't want to lose him so they matched (and beat) what the new employer was going to do for him. He works hard. He keeps his yard up. He is a good dad to my granddoggie, Sammy and he is a very good husband. I have no doubt that he will one day be a great father. 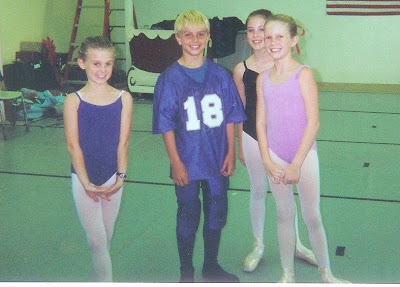 Cody's life makes me feel content. I don't worry about him. I know that he has all that he needs to be successful in life. He is just a good egg. All my boys are...  but I wouldn't be the person I am if I had not been Cody's mommy. I'm going to stop there before I get all misty. My kids' birthdays mean more to me than my own birthday and tomorrow... I'm going to be the proud mother of a 23 year old. I won't get to see him but it will be a special day, no matter what. Happy Birthday Codes!