Happy start of a new week, friends! On Saturday morning I stopped by the Dunkin Donuts to buy a pink donut with sprinkles for my sweet Cosy and an iced coffee with hazelnut flavoring for me... picked up baby girl and headed South to Marvin's. Then we switched Cosy's car seat to his car and loaded up all the things and drove down to Oliver's house in Riverdale for his third birthday party.

Last year due to my mom's illness, I wasn't able to go "down south" for Oliver's party. We held a small one here for him but it's not the same. If I had to drive me and Cosy down... we probably wouldn't have made it this year either. My back is just not good right now. But Marvin was a champ and took the day off so that he could go... and of course, he drove. It was Cosy's longest trip away from home... just 100 miles... she really is a little country girl. 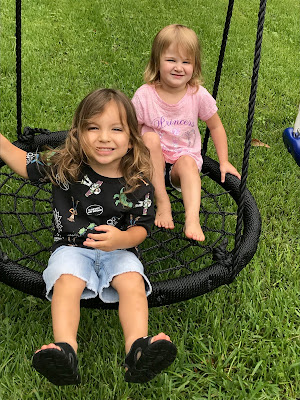 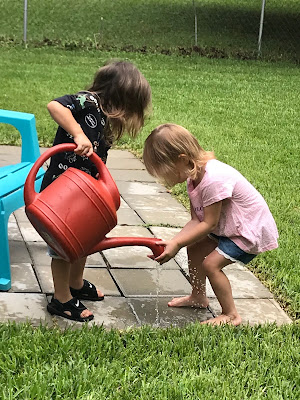 It was hot and humid. We had heavy rain in the morning so the moisture was thick in the air. If you've never been to the Southern United States, you can't really appreciate how thick and heavy the air feels in the Summer. It's pure misery. As usual, I wanted to be where the babies were so I spent a lot of time outside with them. Cody set up the little bounce house that I bought for Oliver's first birthday and the kids jumped until their little heads were soaked with sweat. They played on the swingset, they filled up watering cans with water and poured the water out on ... everything. Although Cosy STILL won't let Oliver hug her, she had a really good time. 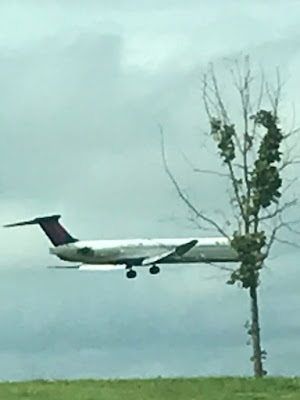 I think one of the best things for her on the trip was when Marvin took us to a parking lot near the airport where we could see the planes landing. Cosy was absolutely spellbound by the sight of those huge planes coming down so close. It's just the absolute best to be able to see things through the eyes of a child, isn't it? It doesn't take much to entertain them... bubbles, sidewalk chalk, a watering can with water... I love every minute with them.

Marvin was really good to help me remember not to pick the babies up. He even helped me with a poop situation (Cosy, not mine) by picking her up and laying her on the bed so that I wouldn't have to... and so that the poop wouldn't get everywhere by her climbing up on her own. (Side note - Cosy, if you're a teenager reading this, please don't be mad that I talked about your little poop accident - everyone goes through it when they're just learning to go potty and you did a great job staying dry all day and using a strange potty!) I didn't lift babies but I did stand a lot and ride in the car a lot and carry other - less heavy - things. Honestly, it's so frustrating because it's nearly impossible to not aggravate my back at the moment. Any little movement and I'm just done. Yesterday I did a small little Walmart run and just carrying that little bit up the stairs, etc, had me wrecked. So yesterday and today I'm resting and binge watching the tv series Bones. It's so good! Tomorrow I'll have Cosy for a little while but I'll also be doing a lot of resting. I'm not going to Marvin's until Wednesday morning because he starts his new Tuesday night trivia show this week. 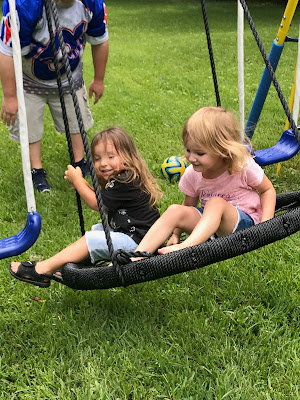 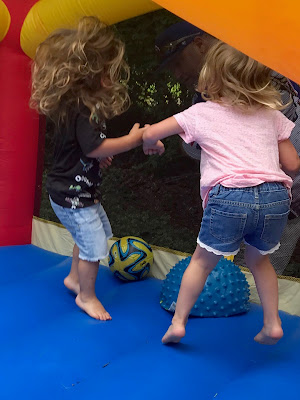 I shared a ton of pictures from Saturday on Facebook but I have probably another couple dozen that I haven't shared. I took a TON of pictures! I wanted to share a few here for those who don't do Facebook or Instagram and also, I wanted to have a few posted here for posterity. 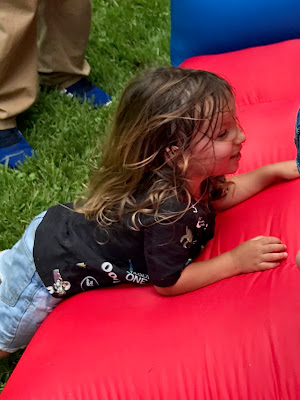 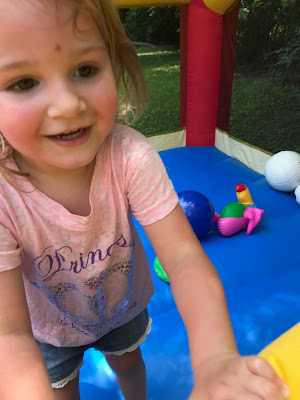 My Reasons To Love Monday this week:
Having two amazing, healthy, beautiful, loving three year old grandchildren who make everything better...
Having a great partner who makes every special occasion so much better
Knowing that we're past the halfway mark on Summer
Being able to take days like yesterday and today to rest. Even though my back hurts, it would be absolutely unbearable if I had to try to work while I'm in so much pain. There's just no way.

I hope your weekend was magical... and that your week is starting off well. Love and hugs, y'all! 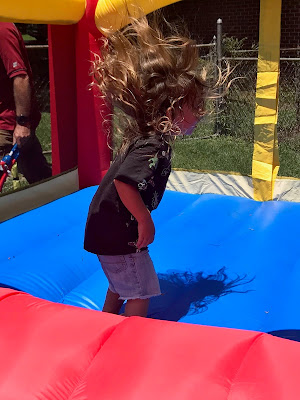 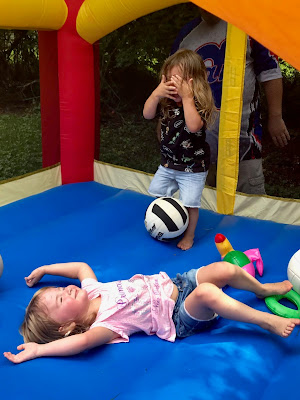 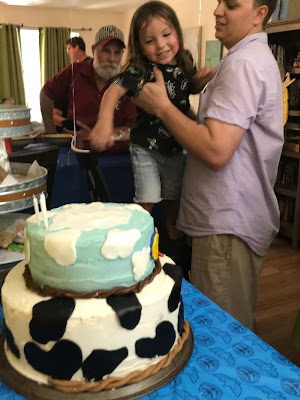 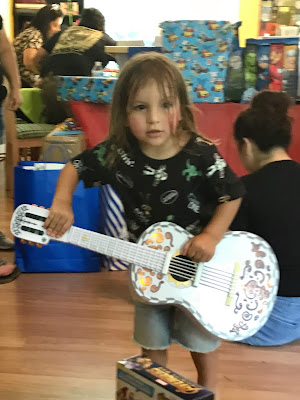 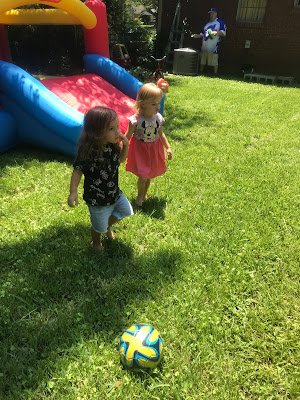 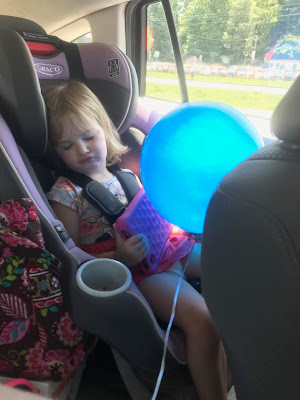