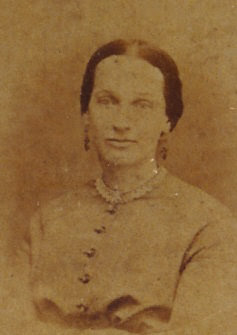 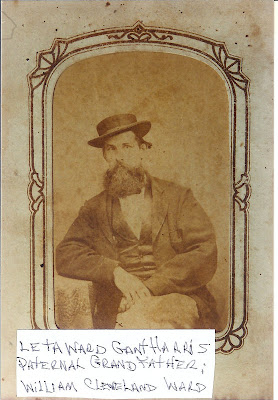 The first lady on the left is my great-great-grandmother, Rosa Bertha Hawes. She was born September 22, 1841 in Raytown, Georgia.

Together they established a home in Lincolnton, Georgia (on the east side of the state, near Augusta) and had eleven children, mostly boys! They were so excited when they had their first girl that she was given four first names! 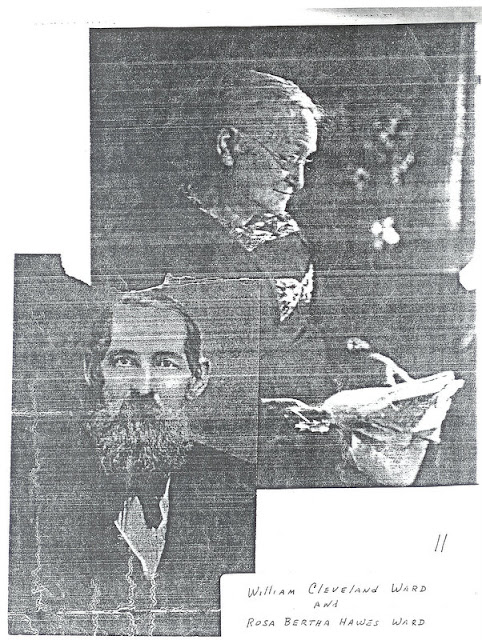 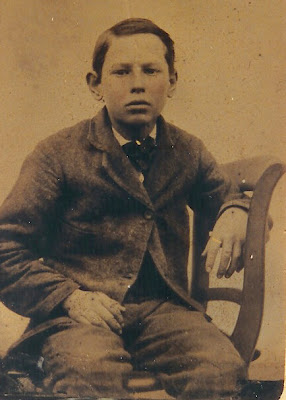 This pensive looking young fella is my great-grandfather, father of the Steel Magnolias, grandfather of my daddy, Charles Pelham Ward. He was born in 1870 in Lincolnton, Georgia.

He was a graduate of Emory University and became a successful physician in Atlanta, with an office in the Flat-Iron building. 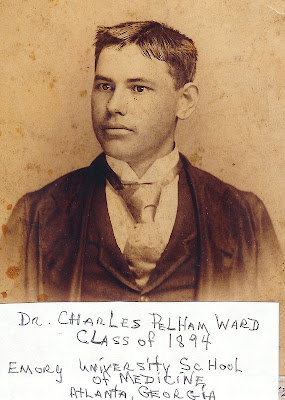 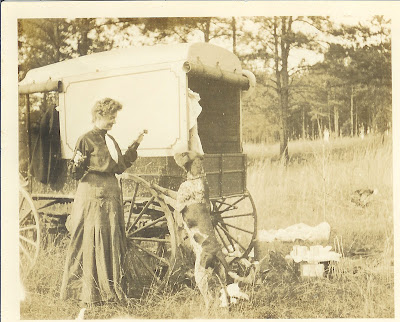 This is a photo of his first wife, Leta Dallas Ward on their honeymoon in the Nantahala Forest. Apparently this is an early version of an RV! This would have been sometime around the turn of the century (the last one, not this one, obviously). Leta was the mother of Charles, born in 1908 and Cynthia, born in 1910. Leta died giving birth to their third child. The child also perished. My grandmother is named after Leta Dallas. Leta's parents were involved in the lives of Dr. Ward's subsequent children, which I think is exactly how it should be. 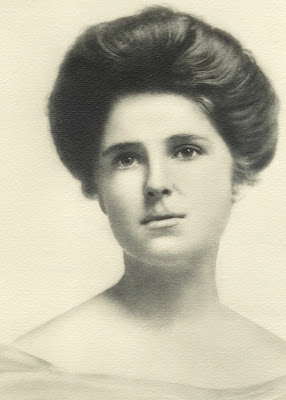 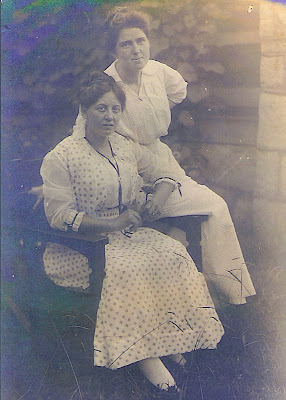 This strikingly beautiful woman is my great-grandmother, Sarah Jane Bullock Baldwin Ward. She was born in Buena Vista, Georgia (on the west side of the state, near Columbus) in 1884. Her parents were George Washington Bullock and Estell Mae Maddux. Sarah Jane was a school teacher until she married Robert P. Baldwin, Jr, a newspaper reporter, sometime around 1910.  Sadly, Mr. Baldwin passed away within 16 months of their marriage from Bright's Disease (kidney disease). For awhile, our Sarah stayed with her mother-in-law, Sabrina Baldwin, but then her friend Lola Honiker, a patient of Dr. Ward's, introduced her to the Widowed Dr Ward and the two fell in love! (this picture to the left is Lola and Sarah) 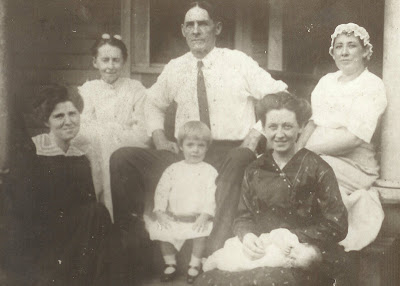 This is a photo of Sarah Jane (front row, left) her mother Estell Maddux Bullock (right behind Sarah) with Lola Honiker (in the saucy little cap) Lola's parents and children.  While I was with grandmother this week, I was given permission to read the letters that Dr. Ward sent to Sarah during their courtship and they are truly precious! He describes his affection for her and also mentions his practice... at one point indicating that he is unable to come see her over the next weekend because he had two obstetrical cases that were due to deliver  any day.

At any rate... they married, she left her rural home for the hustle and bustle of Atlanta, and together they had three daughters, Jane, Leta and Bertha Rose (Bette). Their first home was 916 North Avenue in Atlanta (which I believe was torn down some years later to make room for "progress" - typical of Atlanta history). Six weeks after my grandmother was born, they moved to 1001 Oakdale Rd, Atlanta. That home is still standing. Dr. Ward delivered all of his children. He died in 1939, when the Steel Magnolias were still in their teens. 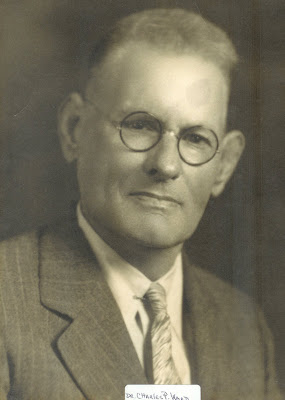 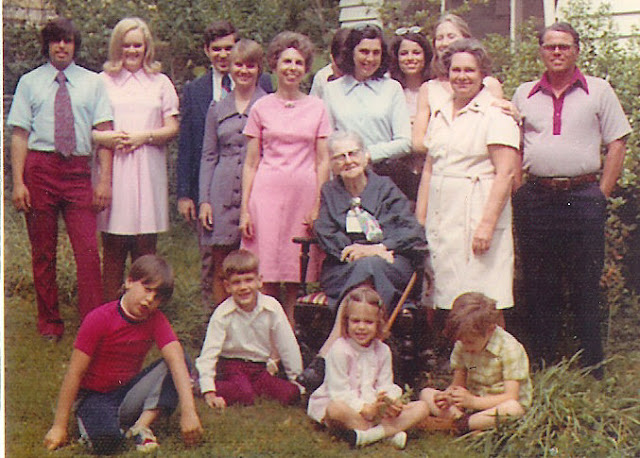 A birthday party for Grandma Ward, I believe it was in 1974. I am the cutiepatootie on the front row, second from the right. My brother is to my right and we are surrounded by Stallings boys, I believe. I can't identify all of the folks in these photos but I know that Sarah Jane Bullock Baldwin Ward in the center, sitting down. Her three daughters, Leta (my grandmother) Bette and Jane are behind her. My parents are on the back row, third and fourth from the left.

It was good to spend time with Grandma and learn more about my ancestors... but it's also good to be home. I wanted to see Austin yesterday but his agenda was a little different from mine and his wants and needs beyond what I was willing or able to provide for him. I asked him to come home with me for a few days and he wasn't interested. Married friend's baby was born around 1am Saturday morning. I don't have any of the particulars about the baby.

My parents have found two different properties they're interested in back in White County. Both have adequate space for a "daughter suite". I haven't heard anything in the past week about my prospective job. I plan to get in touch with them again tomorrow.

Cody fixed tuna casserole for all of us for dinner last night and it was awesome, but I was physically and emotionally drained and just ready to get to bed. The  past few days (weeks, months) have asked too much out of me and I am delighted, at the moment, to be alone with the fur-babies. Next week my parents are working at Vacation Bible School at their church and I have chauffeur duty to get Marquee back and forth to school.