Dogs and Frogs and Life on the Lake

It's a gloomy day here at Cedar Hollow... overcast and dreary... this alone makes for a painful day.  I also had an adventure last night and wandered down to the water's edge and am feeling the repercussions of that today. The lake is not FAR but the hill back from it is steep. The unstable parts of my spine cannot handle any sort of incline - this is what makes climbing stairs so painful - it squishes the bulging discs and gets things all inflamed. It also started a newly intensified evil gut pain that is beyond description! It really takes my breath away. 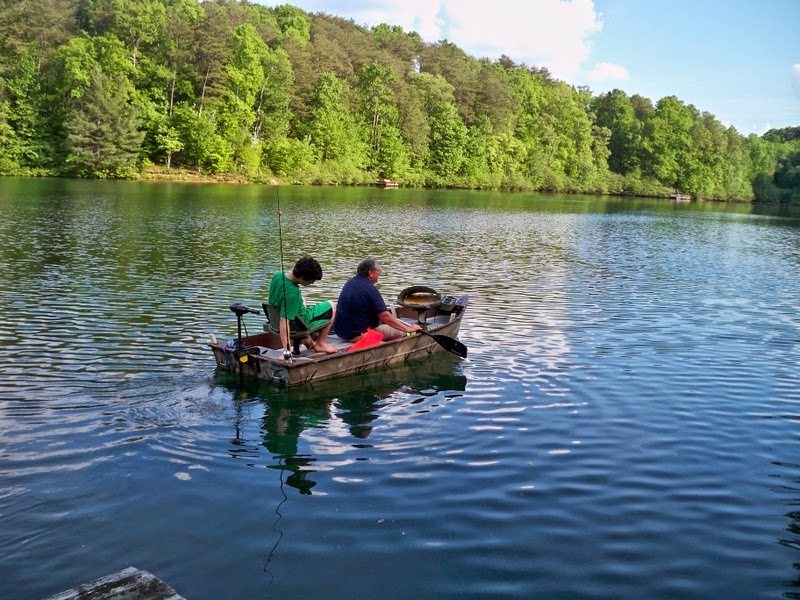 All that being said... it was nice to be down at the lake watching Austin and Pop launch my Granddaddy's old fishing boat into the water. Granddaddy Pennington died in 1978 so the boat is old, practically an antique, but she's still seaworthy. We have to replace the battery for the trolling motor because it isn't holding a charge, some small holes had to be plugged and Austin had to clean a bird's nest out of the hull but overall, not bad for an old boat.

Since dachshunds don't make very good swimmers Oscar has to wear a little life jacket in the boat. He was not a fan but he was so cute! I think he would have enjoyed the boat ride if Mawmaw had gone with him. He can't stand to be away from Mawmaw, even when he can see her. Especially if he thinks she fishing without him. He is Mawmaw's fishing buddy. He searches the water carefully to watch for fish and gets excited whenever Mawmaw catches one. He's particularly fond of sushi. She caught three fish from the dock last night (after I had gone back to the house) and Oscar got to snack on one of them. 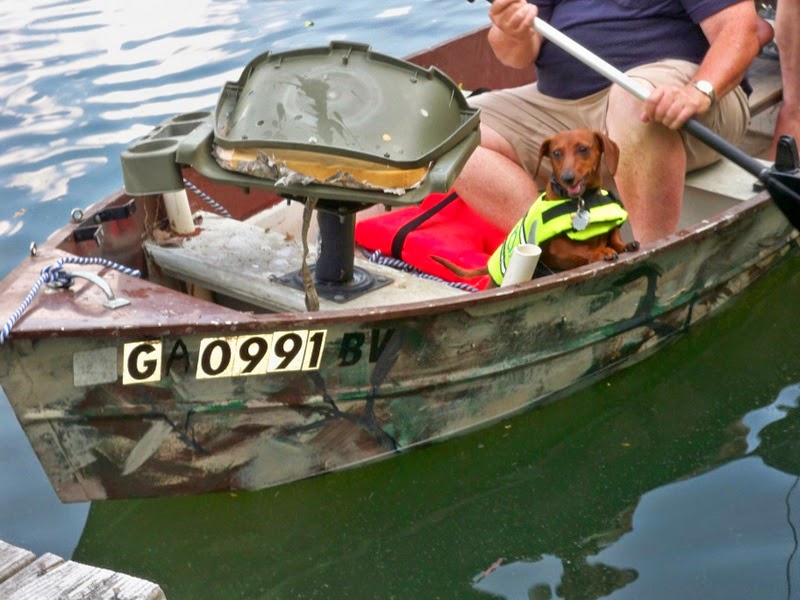 We also managed to get Little Kitty to wear a collar last night. He loves being outside but I don't want to just let him wander because there are lots of creatures out in the wilderness around here that love little cats - for dinner. I typically hold him in my arms and we walk around the backyard while he sniffs and listens to all the various birds and frogs and such. He really wants to be able to walk around and I would love for him to get to explore - a little - so we're trying to train him to walk on a leash. The biggest hurdle was getting a collar on him. It's taken several weeks but we finally got him to submit to a collar. We took him out last night and he captured a spider carcass (already dead) and explored the corners of the storage shed. This morning he was not having any part of being hooked to a leash. He's super curious but doesn't like anything new. 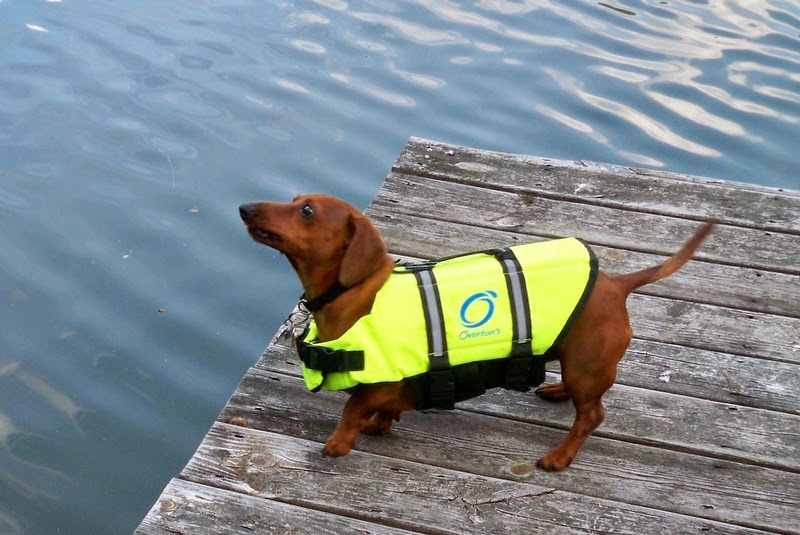 One of Austin's friends brought his new girlfriend over on Wednesday night. It's sort of a rite of passage that his friends want to introduce their ladies to the cats and the lake and all the fabulous-ness that is Cedar Hollow. This girl was adorable but really, REALLY dumb. She picked up Invinci-Frog and he peed on her. She came inside and asked me if she would get warts from a frog peeing on her and I said "no, I don't think so..." and she went to scrub her hands. When she came out of the bathroom she said, "it's TOADS, not frogs that cause warts, right?" I said, "I think you will be fine." *eyeroll*  Later she became really shocked when she realized I was "the mother". She said, "I thought you were about twenty". That's why I keep the lights low, friends. My two best lights are candle and moon. Also, she was really dumb. 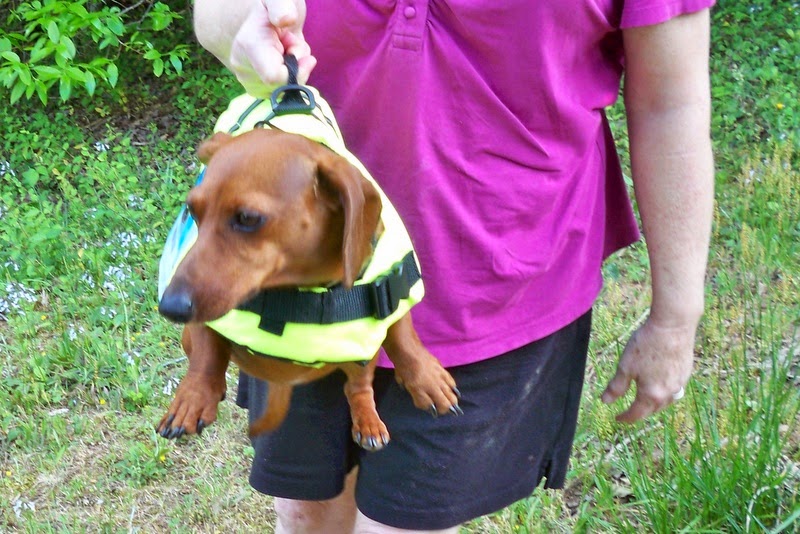 Invinci-Frog is this frog that Austin swears has survived many efforts to eradicate him. Everything short of being burned at the stake or put in a blender... yet he still comes back night after night. Personally, I believe that there are many frogs, not one superior species but there's no convincing Austin of that. We have one fella that likes to come to our dock to go "frog-gigging" which is sort of like fishing but the prey is frogs. I can't allow myself to think about what they do with the frogs once they catch them. I don't care what you say... they can't possibly taste like chicken.

Anyways... lots more pictures of dogs in boats on my facebook page. Feel free to check them out. Maybe tomorrow if I'm pain-free I'll have a more in depth blog entry about some of the questions posed in my comments yesterday. I love feedback and I love the thought provoking questions but I just can't go there today. Today is a "just survive the day" day. Hope it's a good one for you!

the dogs are cute in coats. you all had a fine day. i so understand surviving the day. i'm pleased you entertained the questions and will blog them if you can.