Yesterday was an eleven on a pain scale of 1-10. Evil gut pain that feels like it goes all the way through to my spine. Even the "good stuff" didn't make the ouch go away. It sucks. Today has been better but the EGP (evil gut pain) is on it's way back and I had an hour of sitting upright at the Vet. More on that later. 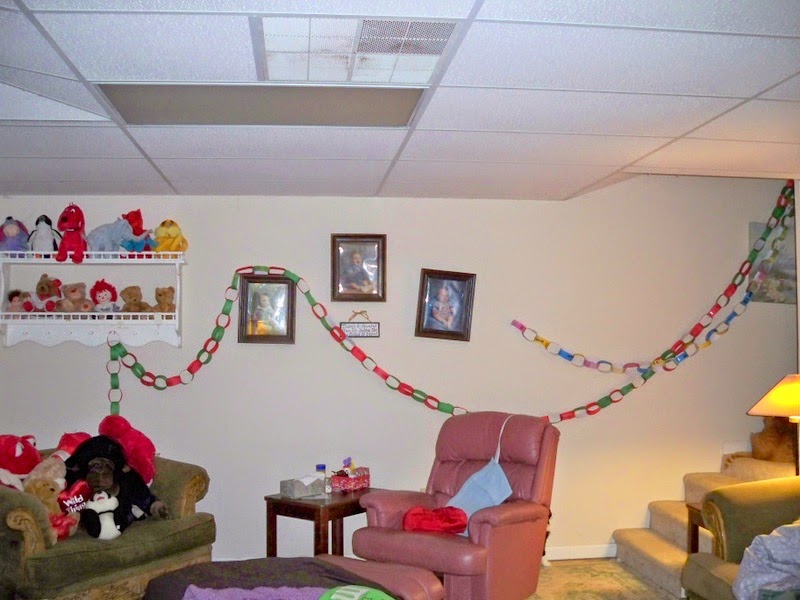 Sarabeth and Jamie came over yesterday and we made two count-down chains - one for Christmas and one for Grandbaby #1. Jamie was HILARIOUS trying to keep straight that we were making links for 11 weeks through 40 weeks, a total of 30 weeks. I wish I could recap it for you. She's sassy in a totally adorable way. "So I need to make it to 30 weeks?" "No, it's weeks 11 through 40, which is a total of 30." "WHAT???"  Seriously, cute beyond measure, especially trying to keep her pattern of pink/blue/yellow. Sarabeth and I were trying to figure out how many days we had until Christmas. My mom was trying to find out by asking Cortana (her knock-off version of Siri) and by the time three of us tried to put in her password and find the right screen Sarabeth had counted the number of days on the calendar. Technology isn't always the quickest or best way to go. I don't do complicated craft projects with the girls because it seems to work better when it doesn't feel like a chore. The chains were a good, stress-free project. 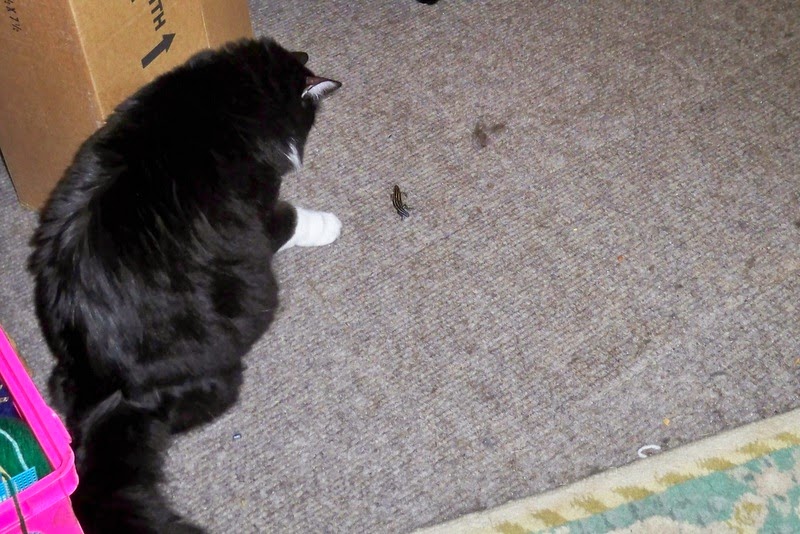 Little Kitty caught a salamander on the back porch and brought it down to the Whine Cellar - his personal torture chamber. It's amazing that my sweet, little cuddler can be downright evil when he catches creepy crawly things. I always say, "don't let that thing get your mommy". He works hard at protecting me. What's gross is crunching on a salamander tail in the middle of the night. (reason number 2945 that I sleep with the lights on!)

This afternoon Oscar the dachshund managed to get a fishhook in his mouth. Pop came huffing and puffing up the hill with him and I grabbed my shoes and my purse and headed out the door to the Vet's office. I figured Pop was too stressed to drive, plus he had driven to Atlanta and back to see Grandma this morning. It didn't even occur to me until hours after we got home that I had gone out without brushing my hair. I was a scary, Medusa looking mess with no makeup. Fortunately the vet got him in and sedated him so they could remove the fishhook and we were out in just over an hour. Poor puppy was high as a kite on the way home! We think he will be fine. He has to take antibiotics for a few days. It's really bizarre to not hear his frequent barks from upstairs. Anybody who has been around Oscar will tell you that he's quite verbal. God love him. It doesn't feel right not to hear him.

In other, "this wouldn't happen in Riverdale" news... not long after we arrived at the vet's we see a dog running across the parking lot with a girl in scrubs chasing him. She yelled for help and two other girls from the office joined the chase. The vet's office is right on the main drag heading into Cleveland and late Friday afternoon traffic on an October day is really heavy. I was sure that poor runaway was about to be road kill. There was a guy in the waiting room with a big dog and a little dog and a five year old little boy. He remarked that he would help chase if we could watch his kid and dogs and we eagerly agreed. That would never happen in Riverdale - leaving your kid and dogs with complete strangers to chase down the dog belonging to a complete stranger. The good news is that they caught the dog. Austin had turned in an application for a job there the other day. I couldn't help but say, "my son applied for a job here the other day and he's GREAT at catching runaway dogs". *crickets* Oh well, it was worth a shot.

I switched from frantic "Christmas gift" stitching to "birthday gift" stitching today. Sarabeth will be 12 next Tuesday. I am about 75% done on her gift and will finish up tomorrow and get back to Santa's Workshop. I've made a lot of progress but still have miles to go on my Christmas gifts. I'm not a neat freak by any stretch of the imagination but I usually keep things fairly tidy. Lately I've been too focused on sewing to clean. This is how the nest looks now due to my lack of attention: 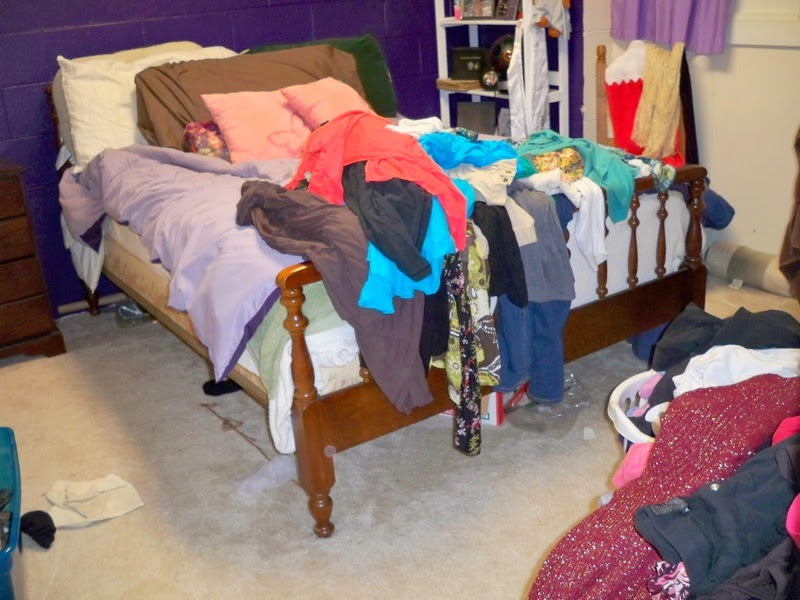 My bed piled with clean clothes. The floor piled with dirty clothes and clothes that need to be sorted. I've been sleeping on Jamie's nest in the living room so my bed only gets cleared off when Tasha spends the night and sometimes not even then... she just pushes them to the side. 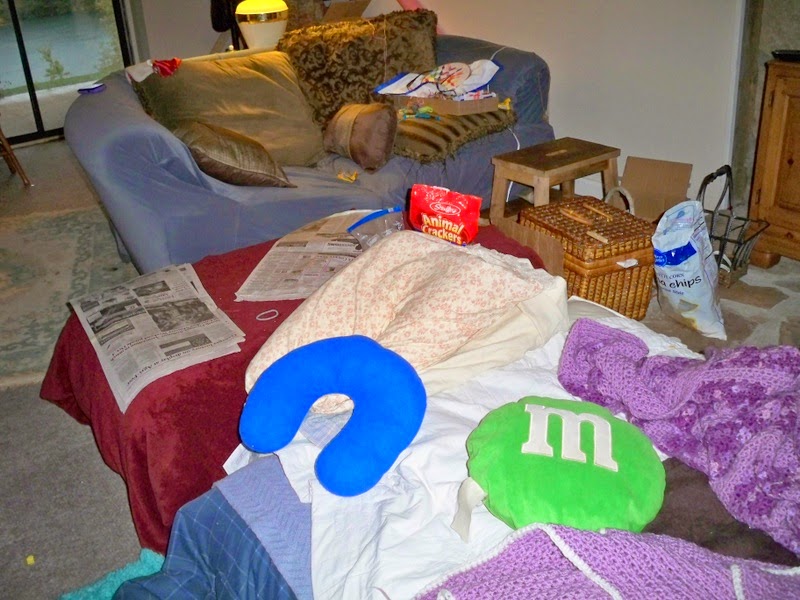 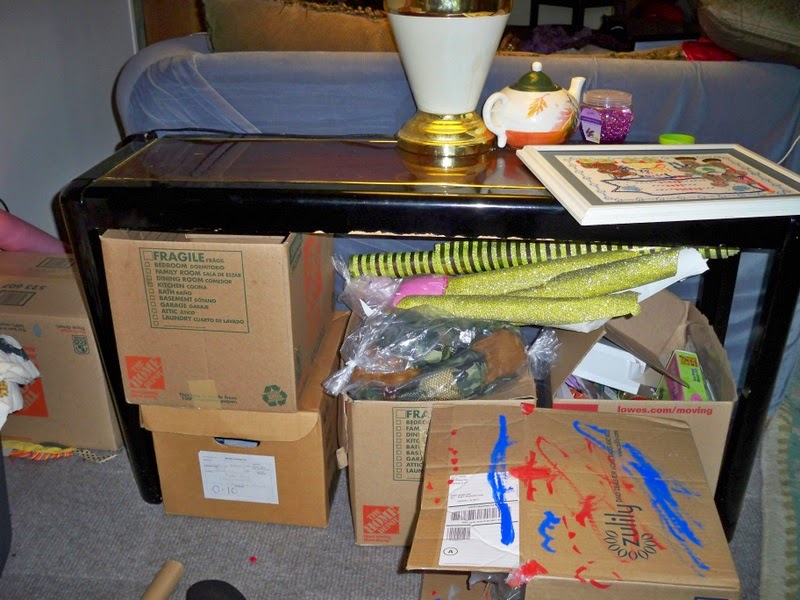 Boxes of craft supplies, wrapping paper and other assorted things that found their way to my living room. At least I can say it looks lived in. 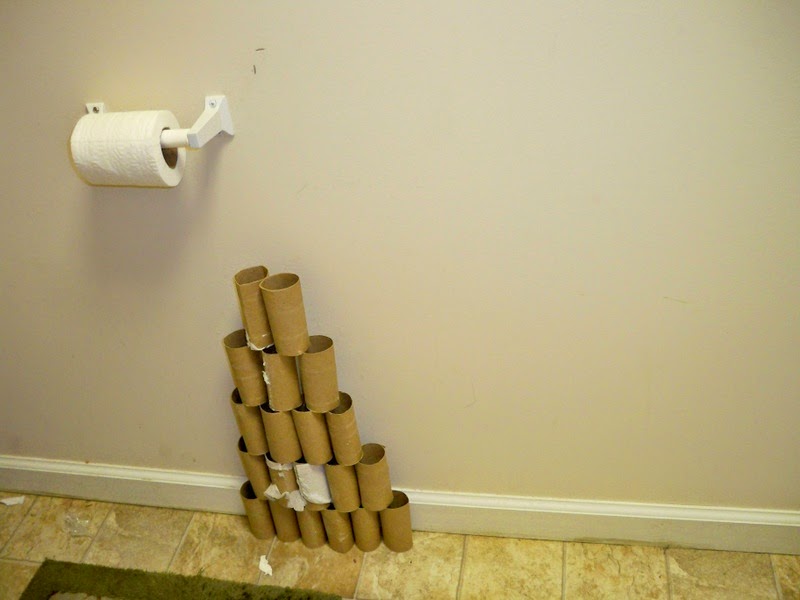 This is the funny one (to me). For a few toilet paper changes nobody bothered to throw away the cardboard tubes. They piled up and someone made a pyramid of them. The pyramid has grown and grown. Little Kitty always supervises my bathroom visits and manages to knock the pyramid over half the time.

The leaves are really starting to look beautiful right now, especially the reds. One day I'll take photos. These will have to do for now... 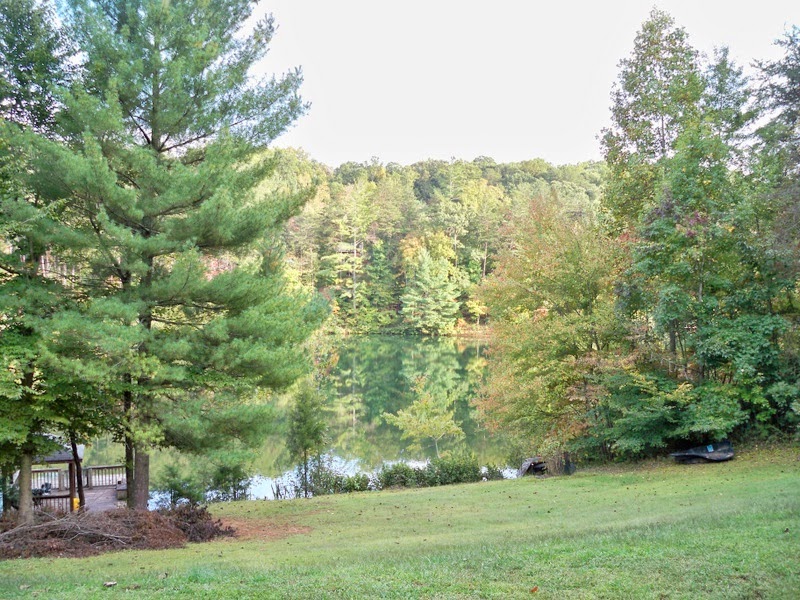 just a tiny bit of change... 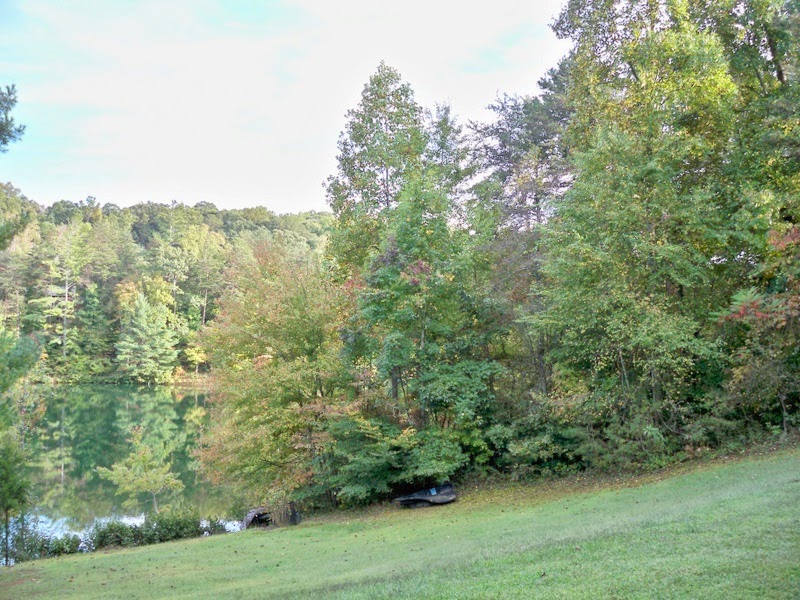 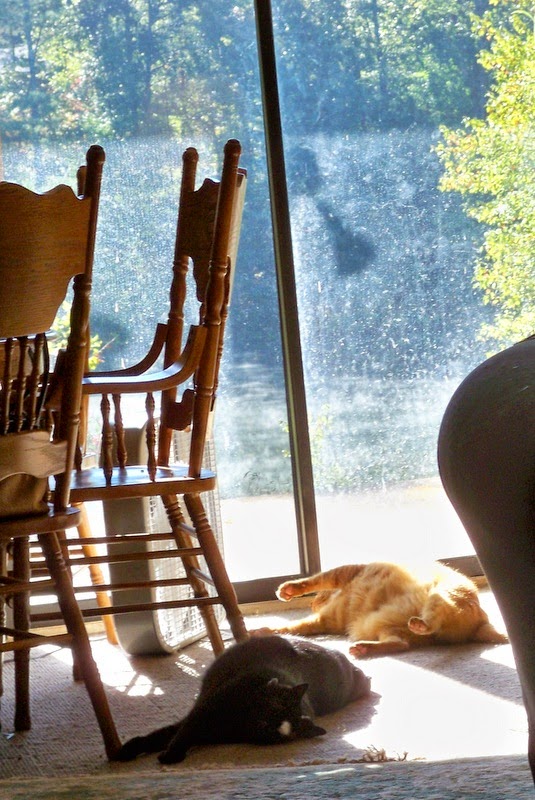