I thought you might like to get a peek at what has been taking the place of blogging (and cleaning and everything else) over the past few weeks/months. These are a few of the projects I've been working on... these will be gifted to people who don't follow my internet presence. I think. There are four more that are super cute that I can't show without ruining the surprise. Some of these will be pillows, some will be framed. And there's a bookmark... 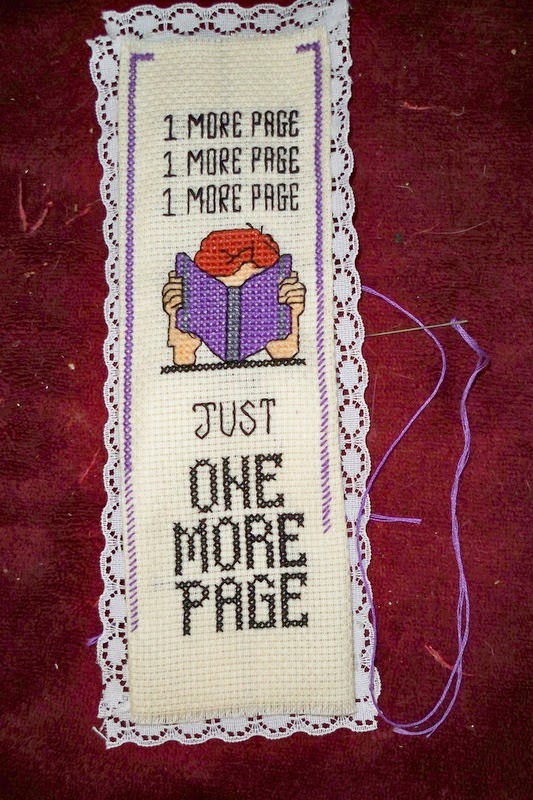 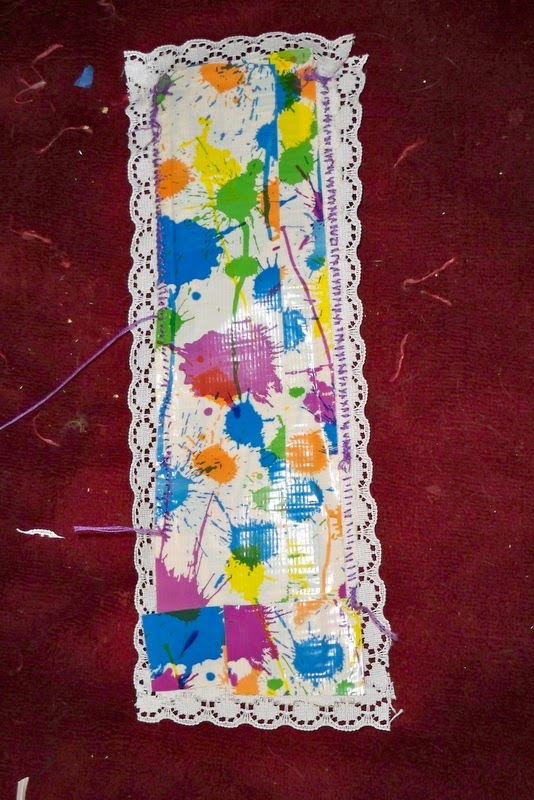 This is my third attempt at a bookmark. The first one was adorable but I cut the border too close and it unraveled. The second one I used a second piece of cross-stitch fabric and sewed the two pieces together which took FOREVER. This time I had the genius idea of using decorative duct tape for the back instead of trying to sew that delicate lace. That would have been a super idea except for trying to sew the border THROUGH the tape. Hello blisters and calluses! Next time I'll do just enough tape to secure the lace, sew the border and then cover that with tape. 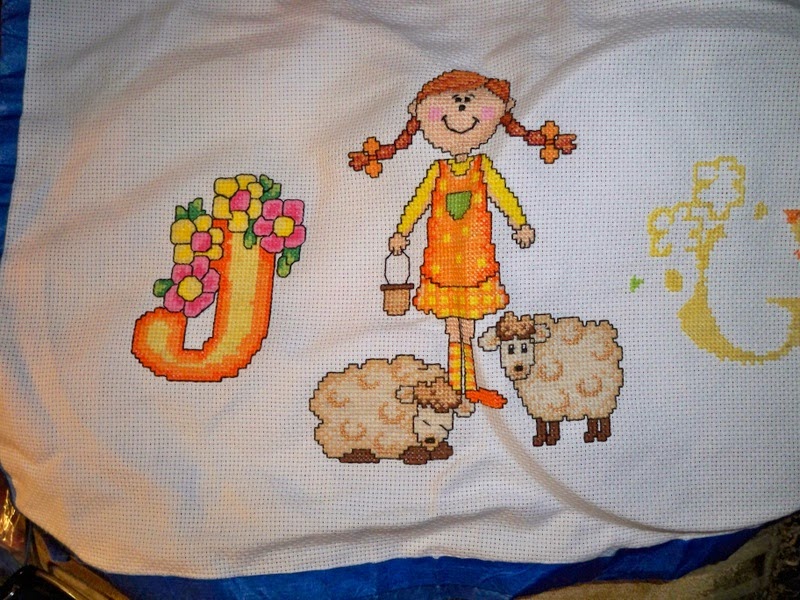 I am nuts about this red-headed shepherdess. I'm going to do Psalms 23 as a backdrop, if it works out like I hope.  This was two patterns put together and the colors adjusted. That's my favorite way to do things... get a basic pattern and adjust it to suit me. I think this will be a pillow. Not sure. 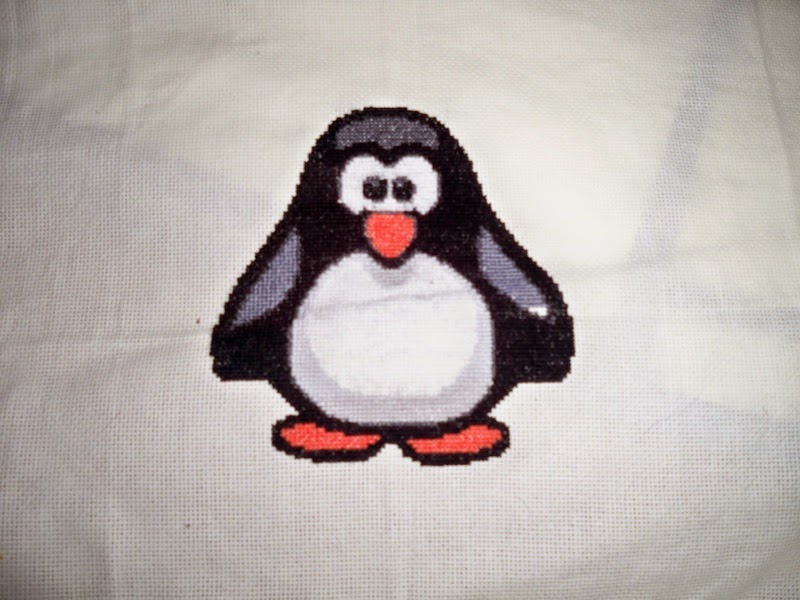 Incomplete penguin. There are some other penguins and background stuff I'm doing on this and it will definitely be a pillow. 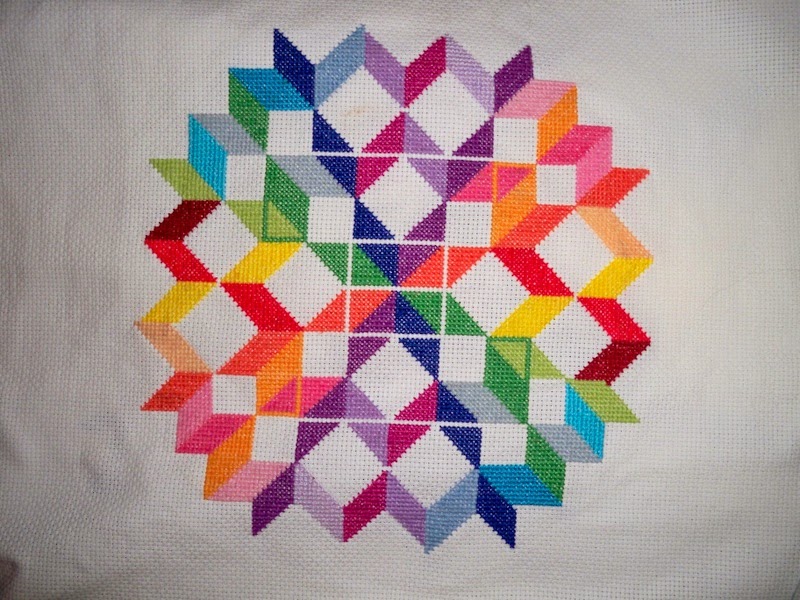 I took a photo of an Amish carpenter's wheel quilt and adapted it. I think I'd like to do this same pattern in just two or four colors. It's definitely meant to be a pillow. 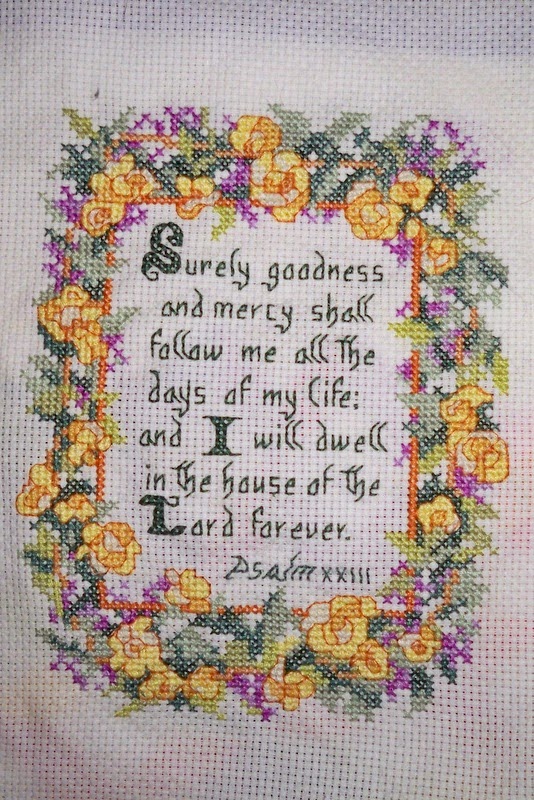 This was a kit. It's small but took forever because it has a lot of half stitches. I'm not crazy about it but I think it would be nice framed.

And there are a few other works in progress. Hoping I'll finish it all before Christmas! It's great for morale because at the end of the day I've done more than just watch television... I've actually created something. I've got my sewing nest set up where I'm not putting pressure on my back and it doesn't give me carpel tunnel.

Then when my eyes start getting crossed and I start making mistakes I set it aside for the evening and go see what's been happening in cyberspace without me.

Hope you had a great weekend! Love and hugs, y'all.

Heather you are insanely clever! Love, love, love the colourful Amish one! Love them all actually but I'm a sucker for bright rainbow colours!
Taught all my kids how to cross stitch when they were little. Was so much fun. Only small projects but they enjoyed creating. I think they were little cards from memory.
Keep up the awesome work!
Hugs from Oz...xxx

Im with Wendy--love the Amish one!! I love color too!! I used to cross stitch, I haven't done it in so long....i wonder if I would remember!

Wow, what beautiful work!
That Amish wheel, those colors and pattern are very beautiful indeed.