I'm planning to wear red tomorrow to show my support for Mitt Romney.
Oddly, I could never keep the red state/blue state thing straight until my friend Mr. Drake who is the most diehard Dem I've ever known gave me a clue: R for red, r for Republican.
I'm not working on Tuesday - scheduled day off. I'll be obsessively watching the news all day.
Right now I'm watching a special Sunday edition of The Five. I'm a happy girl!
I got my replacement power cord for my laptop in the mail yesterday. Sixty cents on amazon. Yes, cents. The first power cord replacement I ever bought was over a hundred dollars. I've wised up.
It's a shame how much markup we sometimes pay for things.
The shipping on it was about $6 but even so....
It's working. It's a temporary fix. This old girl is gonna need replacing. (the laptop, not me)
I'm just hoping that I can put it off for a month or two until my end of the year blessings and bonuses show up.
I've found the one I want - it's a Lenovo from Staples. $330, there abouts.
In the meantime... I can always get online via my mom's when she isn't using it or on the old desktop in Austin's room aka the Computer Room.
He's getting along pretty well here, I think. He's been a trooper. Helpful and stuff. Complaining little. Those months of poverty seem to have made him appreciate things more.
He was in the kitchen helping my dad cook today... and I had to grin... the kitchen here at the Old Homestead is small. Like... NYC apartment small, without the fabulous restaurants nearby and no delivery, other than pizza.
And... my dad is a good cook but he can be a bit intense when he's cooking (and he's going to ask me what I mean by intense... love ya, Pop!) and Austin is a bit animated, in an - at times - annoying kind of way. So that dynamic in the kitchen (which is right off of my bedroom) really cracked me up.
Those are the kind of moments that make memories, much more so than the big events or holidays.
Cooking in a little kitchen.
They made chicken pot pie for lunch. Chili for dinner tonight. And meatloaf for later in the week. So far it's all been good.
And by all I mean the chicken pot pie, which is all I've eaten so far.
It's been a good weekend.
I got up before dawn yesterday to go to this special shopping event at Belk's with mama and daddy.
You pay $5 for tickets to get in and that money goes to the charity you bought the ticket from.
You get your $5 off of your purchase so it's a great deal.
I got a gorgeous new dress that will be perfect for dressier events or when I need something a little nicer than my usual "business comfy" style.
I also got a long sleeve tee shirt with embroidered "Merry Christmas" on it. Since I am too cool for tacky Christmas sweaters, you know.
And a new bra. A good one. For about half price.
And two new pairs of stockings - tights. I always wear dresses to work. Well, about 90 percent of the time. During the Winter I wear tights. A good pair of tights lasts me several years. Heck, I've even stitched them up to make them last longer.
I had two pair blow out on me last week so I replaced them with a good brand for about half off - with the discount they were only slightly more than the Walmart brand I usually get.
I was hoping to find Christmas gifts for my girls - my daughter-in-law, my son's girlfriend, my nieces, etc.
Nope. I just bought stuff for me.
I got into a long conversation with the lady who was manning the table for the DAR. She had been a teacher at my Jr. High School.
I didn't have her for a teacher because I was in the gifted program, which, in Jr. High took the place of your English class and in High School took the place of your History/Social Studies class.
The two subjects I enjoyed, much more than Math or Science.
I still haven't heard from my friend Eva who lives on Staten Island. She hasn't posted to Facebook, not that she was an everyday Facebooker but still, I'm worried.
My son in Pennsylvania is now in Pompano Beach, Florida for the week. Any destruction at his place is going to have to be fixed after he gets back home. His work sends him all over the place.
Speaking of all over the place... some photos of my nieces from Disney World... 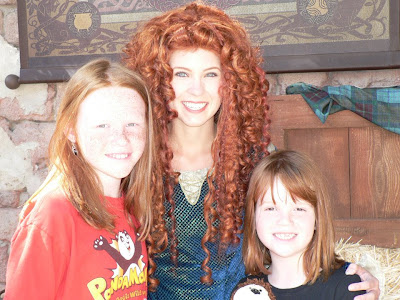 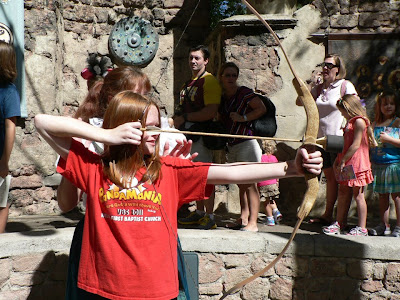