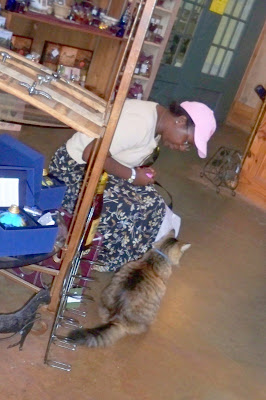 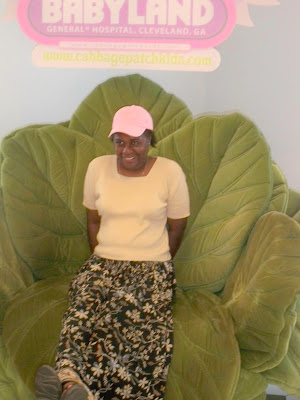 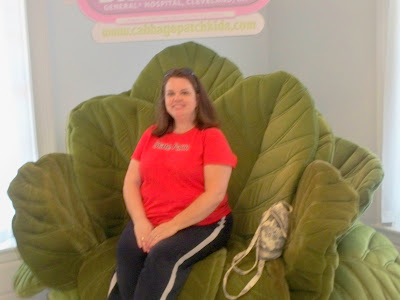 Gina and Austin visit with an alpaca at Loganberry Heritage Farms 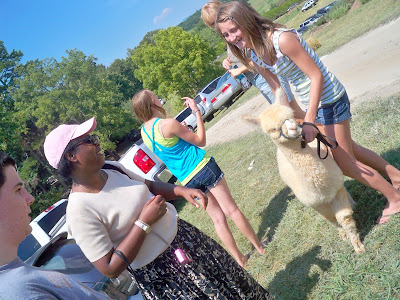 Austin pedals to make the goat feed go up on the roof... 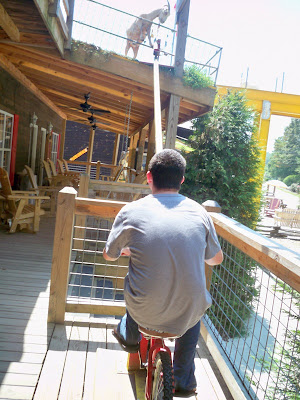 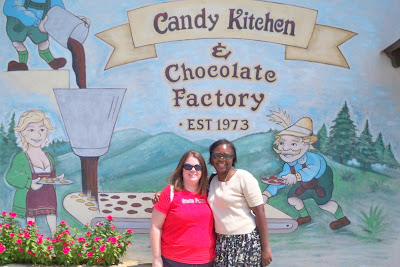 Wondering what's happening in the nest this weekend? It has been eventful...

On Friday Austin hung out with his girlfriend Charity after school.
Charity went to the high school football game but Austin didn't want to go - he hates football.
Austin got a new video game through his Gamefly rental service which we are using instead of Netflix.
My friend Gina came up from Atlanta and I gave her a tour of the "highlights" of Helen.
We went to North Georgia BBQ for lunch...
the Candy shop for a small little chocolate treat...
we went to Fred's Peanut Shack and sampled peach cider, muscadine cider, pork rinds, fried peanuts... Austin bought peanut brittle.
We went to Goats On The Roof and fed the goats who were... as it turns out... actually on the roof.
We went to Loganberry Heritage Farm for the Garlic Festival... sampled different garlics... bought some of Nadine's awesome quinoa salad, some tomatoes, basil and corn on the cob... petted alpacas... talked to the chickens and the cows and Organic Rose and Phillip and Cyndi and Jazminne... and walked TOO much.
We saw three deer cross the road but failed to get a picture of it.
We went to Babyland General so that Gina could witness the *magic* of a cabbage patch baby being born.
We went to Habersham Winery and did a wine tasting...
Austin went across the street to Jumping Goat Coffee Roasters and got a cup of coffee while Gina and I sat in a shady spot and chatted with some nice people who were visiting from South Carolina.
We came back to the house and chatted and visited with my fur babies and then Gina headed back south.
Alex came over to pick out a stuffed animal to spend the night with him.
Alex's mama came over to tell me not to let him come over because she can't chase him (she has emphysema).
Logan and Hillary came by to check out our new nest... and I got to see the "baby bump"... who will eventually become Iridessa Skye.
Logan, Hillary and Austin went to Walmart and for the first time I didn't have to suffer the chaos that results from Logan and Austin shopping together.
Logan came back to spend the night with Austin.
Austin cut his foot and I woke up to lots of blood. Ugh.
I was slapped with a migraine - unrelated to any of the above events.
I watched upteen hours of Hurricane Irene coverage.
We got child support.
I went grocery shopping.
I uploaded pictures from yesterday. Didn't take many - I'll snag some of Gina's once she posts them.
I ate baked goldfish for breakfast so I didn't get nauseated from taking meds to eliminate the migraine.
I'm making beef stew in the crockpot for dinner.
Ellen from upstairs said to send Austin up for her to check out his cut (once he wakes up).
He woke up... it's still pouring blood... debating going to urgent care. Ugh.