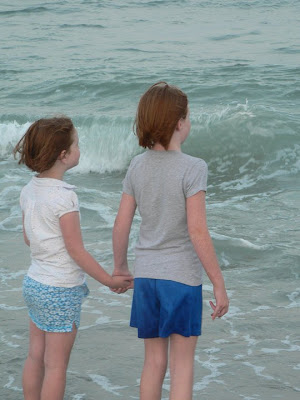 I hijacked this picture from my sister in law's facebook. How precious are these girls?