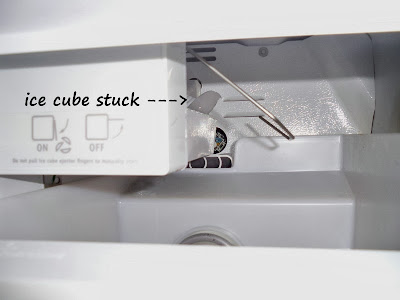 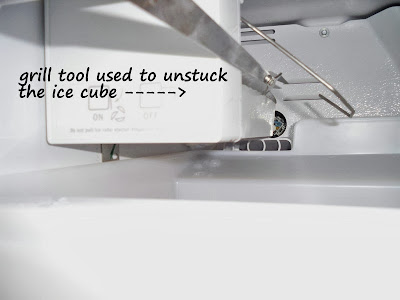 For some reason our ice maker always gets clogged up with one little ice cube. You'll hear it jam up and it just a constant knocking until someone dislodges the ice cube. I can't reach it so I use a long grilling tool. 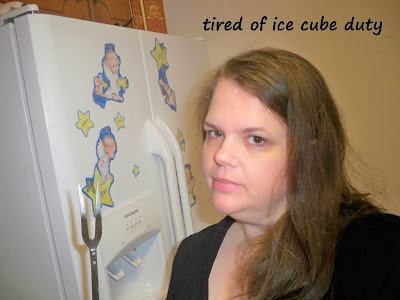 Yesterday I stepped on a tennis ball... you want to guess what happened next? Let's just say it wasn't graceful and it didn't HELP my pain. 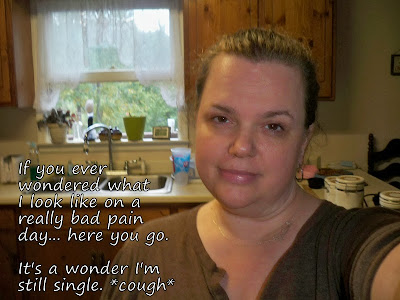 It's not that we play tennis. The ball belongs to the dogs. And not that the dogs are here. We have cats who play with dog toys when the dogs aren't around. And we have people who can't keep their balance when they step on dog toys.

So I'll be feeling that pain for a few days.

Fortunately I bought groceries yesterday and have no other obligations this week. Also fortunate - Austin has been relatively cooperative this week. He even cut the grass with no prompting from me. I told him that this might be the last time he has to do it this season. Maybe once more. 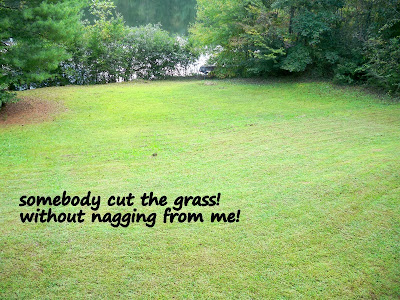 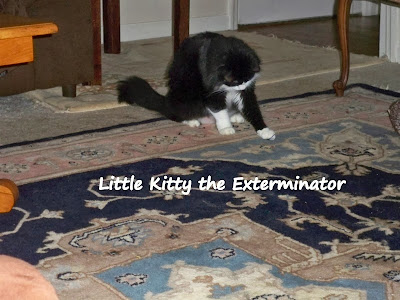 Another childhood friend lost a sibling today. He was only 42 and died after a short illness. You know what's weird? When Elvis died at 42 I thought that was SO OLD and now it seems so incredibly young. 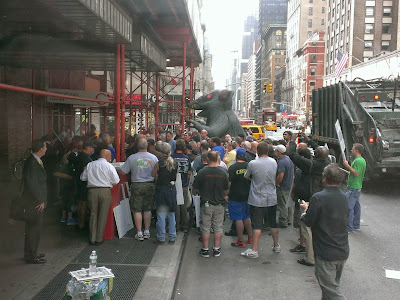 My kid is installing an organ at Carnegie Hall today. The stagehands are on strike there and he was warned not to cross the picket line. However, he said the striking workers offered him coffee and donuts. He spent five hours waiting to be able to install the organ. Ultimately, he was able to complete the job and the show will go on tonight.

Unions aren't that big here in the South. All I ever knew about unions growing up was that it was a strike that put Eastern Airlines out of business and a bunch of my friends from school had parents that worked for Eastern. I grew up just a few miles south of the Atlanta Airport in sort of a blue collar community. Everybody's parents either worked for the airlines or for the Ford or GM plants. A lot of mothers didn't work. 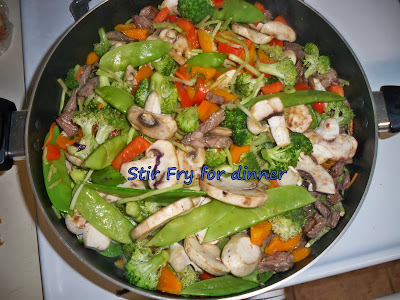 I made stir-fry for dinner. Usually I just mix a little soy sauce, garlic and honey for my sauce but this time I splurged and bought a pre-made sauce. I like mine better. It was still good and it went a long way. Less than an hour later and the boys have already come upstairs for snacks. I'm still stuffed.

As I was typing this blog entry the news popped up on my facebook that my friend Eddie Ramsaier has passed away. His daughters Ali and Gaby are 26 and 23 and little Mary is a senior in high school. I've never known a better father (and I have a great dad and brothers who are great fathers). I've never known a man who more loved by his wife and children than this man. I loved his New York accent. Getting an invitation for dinner with the Ramsaiers was like winning the lottery. When I was out of work he connected me with a friend of his who needed someone to clean his house and at the time I really needed the money. You don't forget those kind of things. His family was one of those strong forces that makes life better for everyone who comes in contact with them, the bedrock of our community. He got sick early this year and has fought... and his family fought... all year to get him back on his feet. Today he lost that fight. He will never have the chance to walk any of those beautiful girls down the aisle and right now my heart just can't take it. Life is just too short. Rest in peace, Fast Eddie! Put in a good word for me with the big man upstairs!