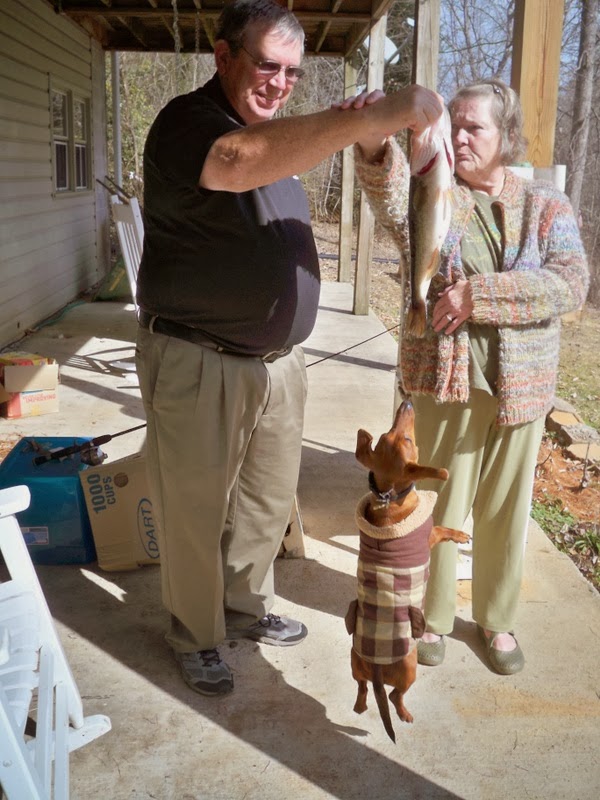 For those who didn't see this on my Facebook the other day... my mom caught a big fish and Oscar went bonkers trying to eat some sushi. I don't know if you can tell but his feet are off the ground here. It's also notable that he is wearing a coat. This dog FREAKS OUT if you try to put clothing on him. He has, however, learned to associate wearing the coat with getting to go outside and he loves to be outside. He also loves fishing.

We've had some beautiful sunny days over the past week but Jack Frost is bringing us a little sumptin' this week. Depending on what weather service you trust, we're getting somewhere between an inch and six inches. There is a "wintry mix" expected between Monday night and Wednesday morning - anything from cold rain to sleet to freezing rain to snow. The worst of it in the state is expected in the Northeast Georgia mountains - which is us. Having already had my delivery of "just one pretty snow" this Winter, I'm sort of ambivalent on this particular storm. If it happens... fine... just don't let us lose power or get stuck for too long. I want a photo op - not a life threatening situation. I mean, if my wishes count for anything.

Last night was another night without ambien and I was able to get to sleep by around 1am. I slept until just before 8am and I'm content with that sort of sleep pattern. I became really conscious last night that I spend a lot of time being sedentary but I don't spend much time being still. I'm constantly staring at a tv or a computer screen or both. When I put the computer down I pick up a book or my Nook. I don't have a lot of time where I just sit and think. That's what I did while I was trying to get to sleep. It took a good hour of laying there and I always start to get a little anxious when sleep doesn't come quickly. I got a little riled up because Little Kitty knocked a glass of tea off of my nightstand trying to stick his paw in it. After cleaning it up it felt like I had to work a little harder to wind down but it happened and I'm pleased with my progress. I think I'm going to try going two nights in a row without and see how that works out. The main thing for me is to not get overtired because all this crazy stuff I've got going on in my body requires a lot of gritting my teeth and hanging tough and soldiering through and other such cliches. If I'm tired it's difficult to "hang in there" and I give in to gloom, despair and agony. 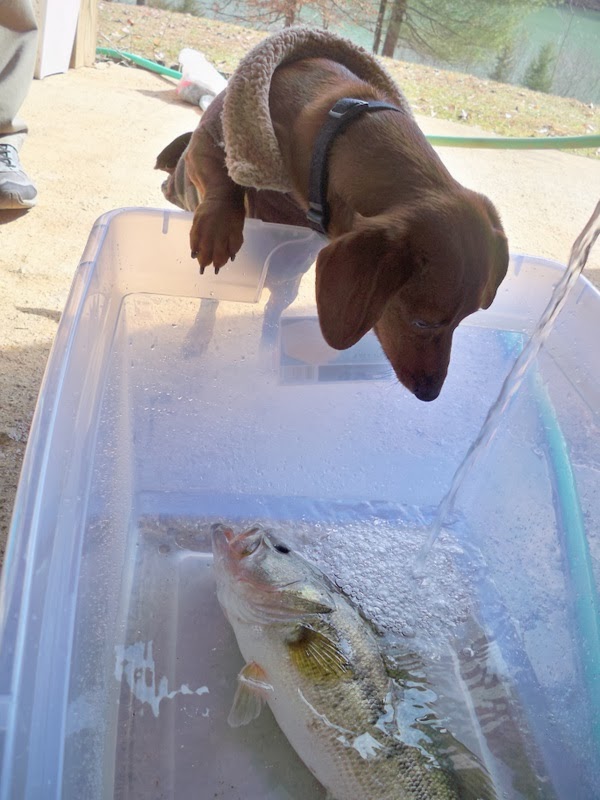 I finished Valerie Bertinelli's first book last night - Losing It. It was an easy read and pretty standard celebrity fare... early life, being discovered, dealing with fame, doing drugs, relationship problems and so forth. I've always found her very likable and reading her book was like listening to a friend spill their guts. I can't say that I found it inspirational or anything like that but it was fine for a free book.

Today I'm reading a big pictorial on the making of Gone With The Wind. As you can probably tell by the description of my blog... I'm a big fan of GWTW, Scarlett and the whole strong Southern woman theme. The home where the woman believed to be Margaret Mitchell's model for Scarlett, her grandmother Anne Fitzgerald lived was in the same county where I grew up. When she talks about the rolling hills of Clayton County, I get that. I'm always interested in any behind the scenes glimpse of any production so this is a fun read for me. There are also a lot of pictures so it's a quick read.

I'm also trying to work on my family tree again today. So. much. to. do. It's hard to stay focused on just that one thing when there are so many other places in cyberspace where I want to hang out and it's hard to plug away at it with no end in sight. When it starts feeling like a chore, I stop.

So far my favorite Olympic event has been the Team Figure Skating competition. It's nice to see that camaraderie in a discipline that is usually divided up to individuals or duos. The little Russian girl was so much fun to watch that I didn't mind that she beat the American girls. The old Russian guy was sort of cocky but still an interesting character. I'm crazy about the American Ice Dancing team, Charlie White and Meryl Davis. I saw a biography piece on them that showed that their moms are good friends and spend almost every day together. It's really the human interest background stuff that makes Winter sports interesting for me.

Pop made country fried steak and gravy for lunch and I'm still full from that. Ugh. Austin just reheated some Captain D's that we had leftover from dinner last night and it is slightly nauseating. Reheated fish just never seems appealing.

Anyways... that's about it for today... hope you've had a lovely weekend and are rested up and ready to start the week! Love and hugs, y'all!