The Week In Review - Sorta 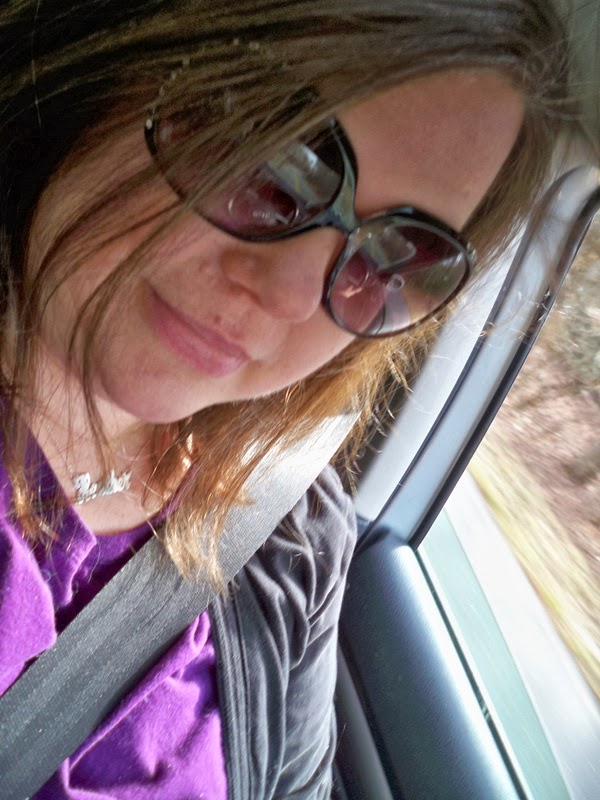 I have been a lousy blogger this week but I have been a fantastic bookworm! I've also been a champion Farmviller. I've kept my little corner of the world neat and mostly organized. I've interacted much with my son, Chatty Charlie. I've boosted NBC's Olympics ratings. I've cuddled lots of kitties. I've played outdoors with my two favorite redheads. SO even though it's been quiet here in the blogosphere, life has continued here in the Whine Cellar.

Our old dog Lily took a turn for the worse this week. She was diagnosed with cancer last year - gosh, probably last Summer, it's been awhile. Other than a crazy excessive thirst and subsequent frequent need to potty, she's been fairly normal. She's lost weight despite eating more than a grown buffalo. This week, though, she stopped eating and would barely move off of her bed. I went up to visit with her one night, worried that she might not make it through the night. I just patted her on the head and told her what a pretty girl she is and you know, stuff you tell dogs.  And since she was barely moving we moved the gate at the top of our stairs, not worried that she would come down during the night. Of course, at 2am not only was she downstairs but she was downstairs throwing up the most absolutely disgustingly impossible to explain vomit that I have ever seen. Since she can't climb UP the stairs I walked around the house outside with her at 2am. Safe because we live in a low crime (no crime) area... scary because we don't have good outside lighting and there are no street lights. When it's dark outside it's pitch black, can't see your hand in front of your face dark. I didn't want to wake anyone else up so I dragged my body up the outside stairs calling out encouragement to her as she walked up the steep hill to the driveway. I fumbled around with the front door lock - it's one of those that you punch in a code which is helpful when you're locked out at 2am with a vomiting dog. After that night she seems to have rebounded. She's eating again, not vomiting, wagging her tail, getting up to greet people. She's still a very old, sick dog but she doesn't seem to be suffering. Once she gets to the point where she's uncomfortable then we'll make some tough choices but for now she has some quality of life.


Austin built a climbing toy/ladder thing for Little Kitty to be able to climb to the top of our storage shelf where his little clubhouse (a box with a hole cut in it for him to peek out of) is located. His breed of cat is one that needs to be as high as possible. If he were an outdoor cat and we lived in the 1950's he would be the kind of cat that the firemen have to rescue from a tree. He loves being on top of the shelf but has a hard time getting up there by himself. When I hold him and look out the sliding glass door after we get through the list of things that we look for in the backyard (you know, "are there birds outside? are there squirrels outside? are there ducks on the lake? are there deer in the woods?" we have a whole routine) he reaches for the top shelf and he will sit there and survey the land from his perch. Austin's little invention is a little rough - he's never had a guy in his life to teach him how to use tools. His biological father is great at building things, very mechanically inclined but Austin hasn't spent much time with him. His gay fathers taught him to appreciate a nice mani-pedi and how to decorate - Austin's great at decorating - but they weren't usually wielding power tools. It's rough but it's entirely functional and Little Kitty is LOVING it! Austin also attached some carpet for him to use to sharpen his claws - he's our only cat with claws. I'll take a picture eventually but today I don't want to move.

Yesterday and today have been really rough days for me pain-wise. The evil gut pain was so bad yesterday that percocet + tramodol didn't touch it. I used my labor breathing for awhile and eventually it eased up. My left leg/left hip is hurting more than usual and I'm having more trouble getting around. I've been trying to do some very minor, very basic yoga and pilates moves... nothing more than tightening my core, trying to balance on one foot, a tiny bit of stretching. After three years of inactivity I have no muscle tone left. I have the fibromyalgia "flu-ey" achy pain all over. I'm coughing up a lot more junk. I'm just really run down.

On top of the three books I've read this week (actually, I've read parts of five) I also binge-read Kelly Stamps' blog from the time before she got pregnant with Harper through the time when Harper was born - which is when I started reading five years ago. Her faith is inspiring. I find her to be consistent and believable and humble. I've read other blogs written by Christian women who weren't as consistent or honest (McKMama for instance whose real life was nothing like what she tried to portray in her blog) so it was refreshing to read back through to see who she was before her blog was so well read.

Anyways... that's what's been happening here the last few days. I'm including a few pictures of my nieces from Wednesday afternoon when we were all playing in the backyard. These are the same ones I posted on Facebook so if you saw them there... well, they're the same. Full disclosure: they played and I sat in the porch swing and took pictures. It was still fun.

Hope you have a happy weekend! Love and hugs, y'all! 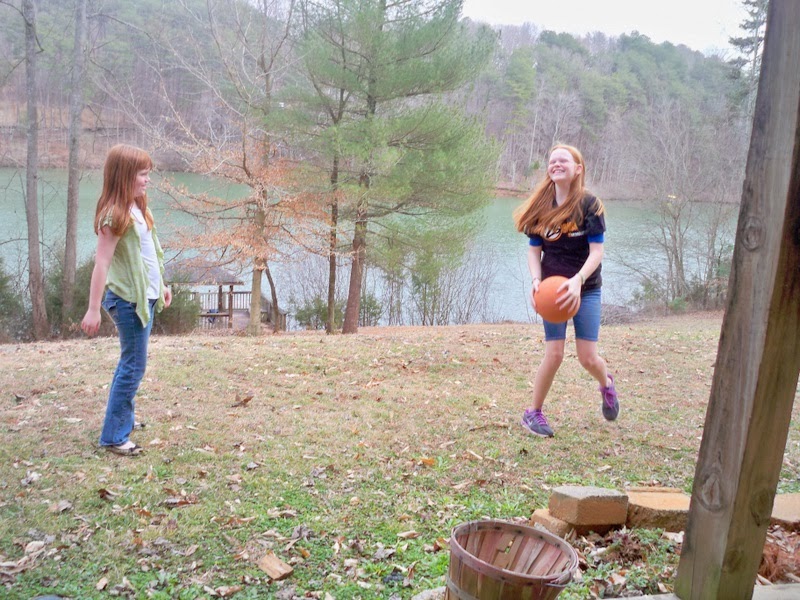 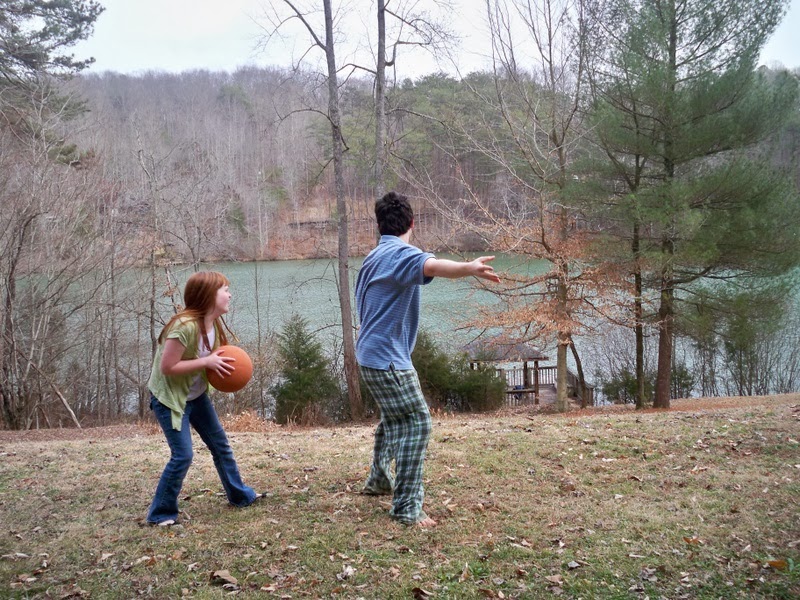 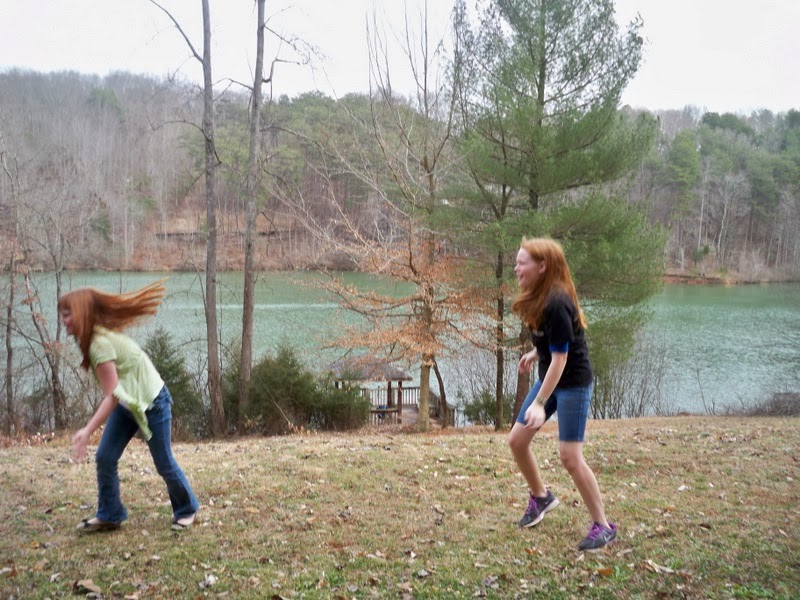 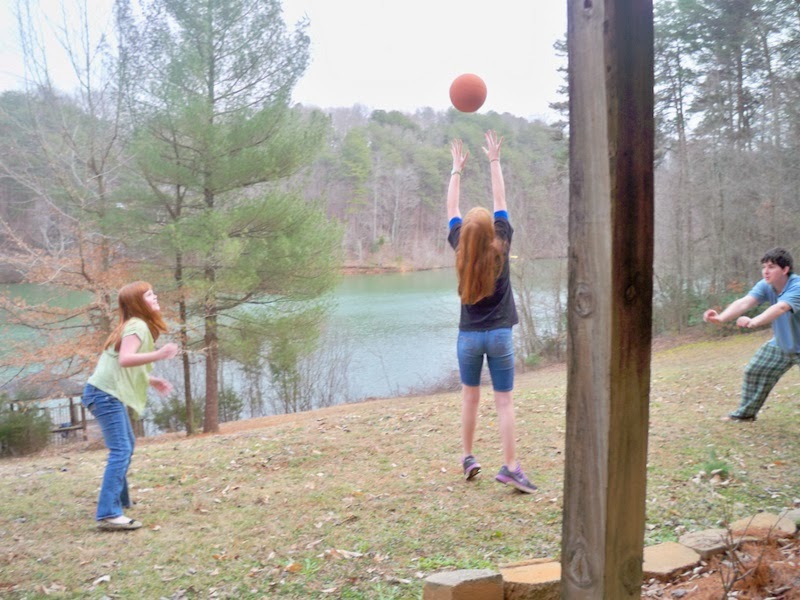 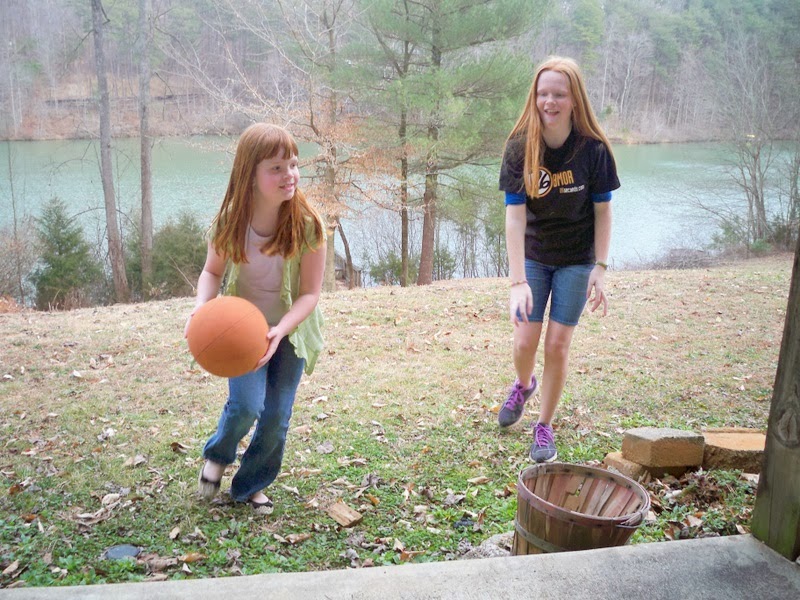 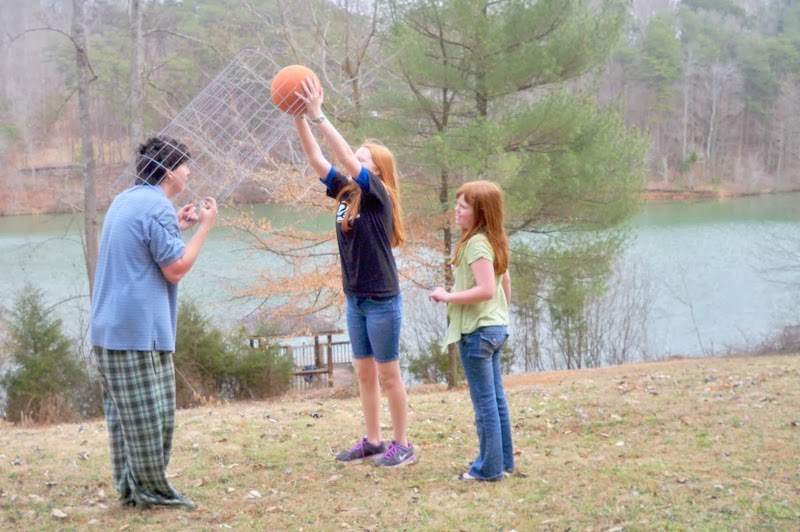