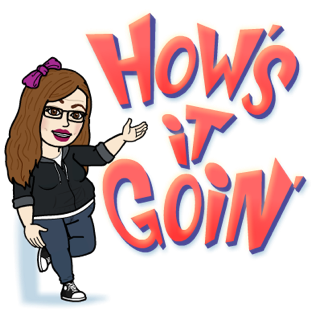 Today started much like yesterday... same waking up pretty much every hour from midnight on until at some point I gave up and "got up" which basically, in my world, means putting away the blanket, preparing a warm beverage and starting my Italian lesson since I sleep in my recliner. I'm feeling really run down / having another auto-immune flair / have just been doing too much recently / am adjusting to a new normal. I don't know which it is but there is this hot, searing pain from my neck to my tailbone that will not go away with any medication or position. It's quite frustrating but honestly, I just do things to distract myself as much as I can from it. I just keep doing what I have to do and avoiding what I don't have to do. That's my game plan for now.

This morning besides the normal routine, I remembered that I bought some cinnamon raisin bread at the bakery when we stopped to take fall photos with Cosy yesterday. I also have this really nice French butter that tastes so much better than regular butter AND Cody had brought me some fig preserves from their failed attempt to go to Disney earlier this month. I made raisin toast with butter and fig jam. It made quite a nice breakfast which helped get me started when otherwise I was not feeling inspired.

Austin had a dentist appointment today, the third one to take care of this one front tooth that he had chipped. I took him to my parents' dentist instead of the one I had been seeing because (did we talk about this yet? I can't remember) I had twice made appointments with them recently and had just not been able to go through with it. The first time I called and told them I had a migraine - which I didn't have, I had major anxiety. They were so nice about it I made a second appointment and that time I legitimately had a migraine, complete with vomiting, etc which... if I'm being honest, probably was also anxiety related. The truth is... all that dental work I had done last Fall and Winter was pretty traumatic and not just because of how much it cost. I DID call them several times the second time when I truly did have the migraine but their answering machine didn't pick up before they opened and the one time I called after they opened it also didn't pick up and I should have called back but I didn't because honestly, I'm embarrassed to be such a dental-phobe. They must be so annoyed with me! So when Austin had the tooth trauma Pop took him to his dentist, then he had to go to a specialist for the root canal last week (cha-ching) and then he went back for the filling at Pop's dentist today. All of this because I'm too embarrassed to call back to my dentist (who had also been Austin's dentist). At any rate... I had a confession session at Pop's dentist today with the girls that work there and one had worked at my old dentist... who is, don't get me wrong, super nice as are all the folks in his office. She called to get my records from them and we made it more about this new dentist being cheaper (which is true - and it does matter) than about me being too traumatized to go back to their office. Am I nuts? Probably. I have an appointment with the new dentist after Thanksgiving. I didn't intentionally delay it that long, he is going to be out to have surgery and that was the next thing open.

At any rate... while Austin was at the dentist I stole a ball point pen (borrowed... I gave it back) from the front desk and filled out an application for him for the small, independently owned grocery store in town. Austin's handwriting is worse than a serial killer. It looks like a first grader did a bad job copying something the teacher wrote down for them to copy. I feel like it's not unethical for someone else to fill out his application for him since good penmanship would not be a requirement for the job. He attached a typed up resume as well so I was just basically copying down the same details. Most of the places he's applied have had online applications. This was honestly the only handwritten one he has had. Anyway... we stopped by and just by chance the owner was in... so Austin was able to meet the owner of the store who sounds like really could use someone with Austin's skills, as far as what he did at his last job. He asked Austin to stop back by in a few days and was going to call and talk to a guy who Austin had worked with previously get a reference for Austin in the meantime. This is, probably, most likely, the best case scenario for Austin as far as employment in our little town if he is going to continue what he was doing before and progress into being a meat-cutter (I don't know why they don't call it a butcher but they don't). It's a smaller store, independently owned and the owner knows my brother and sister-in-law. I think his daughter has been in Sarabeth's classes and on her basketball teams, etc. I'm praying this pans out for him.

On the flip side... my dad has been talking to the corporate human resource people for the job Austin quit and it sounds like Austin could be transferred to another store if that is what he wants to do. Not to speak for him (and he's going to hate me making so much of the blog about him) but quitting that job felt like getting out of a toxic relationship for him and going to another location would be like dating his ex-girlfriend's sister. Or something like that. Or not. My dad - having worked in human resources most of his career - quit shopping at that store and let the company know why and they have followed up with him, ultimately leading to him speaking to the head of human resources today. Not in a demanding way but in a ... "you've lost a customer and here's why...." kind of way. As I have said before, that particular manager is well known in our area for being horrible to work for. The store constantly has job openings posted and Austin has several friends who have quit there recently for much of the same reasons. I can summarize it best like this... the department managers tell their employees to do things a certain way and the store manager tells them something different so no matter what you do, every single day you work you're doing things wrong according to someone in management. In some cases, like with Austin, the store manager makes an "example" out of them. His behavior is over the top rude and unprofessional and... people just eventually quit. Nobody could hold up under that stress for long. SO that's the job update. Still a work in progress. 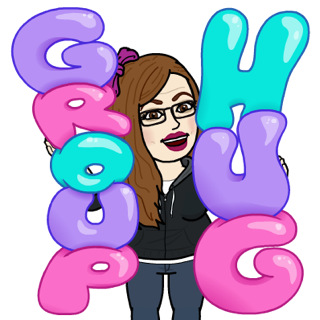 In other news... my niece Tiffany's son was diagnosed yesterday with a tectal glioma... it's a type of brain tumor. They can't remove it but they drained the fluid around it yesterday and he's already home. I'm not sure what the prognosis is. I googled it and just got really confused. Tiffany is my middle brother Michael's step-daughter. She is in between Ryan and Cody in age and lives in Ohio so it has been years and years since I've seen her. Her son Ethan is 8 years old.

I've been resting this afternoon and just doing my usual - watching YouTube videos, working on my Italian a bit more, playing the Disney Emoji game. We ordered pizza for dinner because Papa John's has a pan pizza right now that is particularly yummy. Going to try to get to sleep early tonight to make up for this being awake off and on from midnight on every night and... that's it for today. Hope you're all doing well. Love and hugs, y'all!