My thrilling (not so much) Saturday

I realized today that I have thirty pictures of my cats on my camera waiting to be uploaded. All cats. Nothing else. In a week. I am THAT crazy cat lady. And I think it's ok.

The pain has been much better today, thank you for asking. I've gotten so used to the people I see everyday or very often not really asking... then last week when I went to the doctor, when I came back to work a new co-worker asked, "how did your doctor visit go?" I'm so used to not being asked that I was unintentionally evasive and negative, "my doctor visits never go well". But I silently thanked God that someone asked. It was heart warming.

If you missed my facebook status update today, Austin DID pass his final portion of the graduation test. If he manages to pass the rest of his classes he will graduate in May. It seems so surreal. He is sometimes so grown that I can hardly believe it... and other times he is so immature and uncooperative that I feel like it's still the same Austin I've always lived with... especially when he and Trouble get each other wound up. My goodness! That cat adores that boy. It's ridiculous. When I finally upload some of the 30 pictures I have taken of the cat in the past week, you'll see Austin treating Trouble like a marionette. And Trouble purrs like crazy the whole time... and then whines outside of Austin's room when Austin goes away.

My friend Pam's daughter, Olivia, did our grocery shopping for us last night and they delivered our groceries to the house. It was such a huge blessing for me! This is Olivia's new business - forget babysitting - the girl is a grocery shopping champ! (not that she wouldn't be a great babysitter, too, I just don't have NEED for a babysitter. mostly.) She even knew to get a rain check for us for the sale item on my list that the store was out of. We will DEFINITELY take advantage of this in the future. I'm thinking when I have my surgery especially. She charges ten percent of the grocery bill for her services and a small fee for gas... totally worth it, especially when I'm in need of heavier things like milk and juice and soda and canned goods. I just used the grocery store sale ad to help me make a list... and they showed up with the groceries a few hours later ... it was that easy!

Austin *just happened* to be awake this morning when I was heading out to the bakery and to pick up his breakfast. I decided to take advantage of his wakefulness (is that a word?) to make a Walmart run for a few necessities. We were able to pick up a spare bag of cat food...I buy the biggest bags they sell - finally figured out that it's cheaper that way - only I can't pick them UP, so I need Austin with me. We have enough for the next week or two but would run out about the time that I am recuperating. So now we have plenty. Plus... if we get any wintry weather we are more likely to be unable to get out than we were when we lived in town. There are more curves and hills where we live now and I'm SURE they don't plow our little dirt road so we are STOCKED up on cat food, dried beans, rice, etc. I mean to stock up on shelf stable milk as well, more for use in cooking than drinking.

We bought a few gifts while we were at Walmart and looked for a new jacket for Austin as he has outgrown all of his. We did not find a new jacket. I ended up buying one for him online at Kohls.com - they also had a great sale online so I was able to buy Cody and Marquee's gifts and a very small, cheap trinket for myself...  I found EXACTLY what I wanted for my mom and dad at Walmart so they're set... I need to buy Ryan and Sara's gifts (which I will probably buy online so I can ship directly to them, assuming they're going to be in Pennsylvania for Christmas) and I've still got to get Jim, Angie, Sarabeth and Jamie's gifts.... which I plan to do tomorrow, hopefully, and then I will be through. I couldn't do a lot for anyone and I couldn't do for as many people as I would like to gift... but it was really important to me to have the shopping finished early. And to be stockpiled on cat food so we don't run out while I'm recovering and unable to drive... so the Walmart run was perfectly timed.

While we were in Walmart Austin wanted to get a surprise for Sarabeth, Jamie and Jorjann to give them during the retreat they're going on in mid-December. I think I've mentioned... the Catalyst class is doing a retreat in Pigeon Forge and Jim and Angie will be the worship leaders. Since Jorjann's mom, Natalie, is the Catalyst teacher, all three of my not-so-little-anymore nieces will be there. He picked out something really cute for them that was only $3 each.. and I was so impressed that he thought about the girls that I had to indulge him. He really is a good cousin.

I wanted to find a thank you card for my aunt and uncle who made it possible for me to go ahead and have my surgery... I found one that was so incredibly perfect that I was giddy! I can't tell you what it says yet because I don't want to ruin the surprise for them... it's just hard to find a card that says, "thank you for making it possible for me to have my hemorrhoid surgery"... and I did!

Austin and I went to the bakery and picked up a few little necessary items. Ok. Not absolutely necessary but "make life a little sweeter" necessary. He asked Nancy, the lady who manages the bakery, as she was slicing our loaf of cheddar bread, "how much bread dust do you think you guys generate over the course of a year?" She didn't know. We mulled it over a little further on the way home and decided that there should be a law firm soliciting lawsuits for people who worked in bakeries and developed "yeast-o-thelioma".

I have a new tv obsession  - "How I Met Your Mother". I seem to never watch shows until they reach syndication. I guess it's my way of not committing to a program until I know that the story is going to have a couple of seasons to play out. I watched six hours of HIMYM yesterday. RIDICULOUS. I am absolutely infatuated with Neil Patrick Harris... not in a romantic sense but in that category I have where I would like to have him sit on a shelf in my house so I could be occasionally entertained. I guess... in a way... having him on tv is like that... hmmmm...

Sorry Dawgs... LSU is going to remain #1 and win the SEC Championship. That's my prediction now that we're in the 3rd quarter. I watched an awesome basketball game between North Carolina and Kentucky today... it went down to the final second. It was muy exciting. 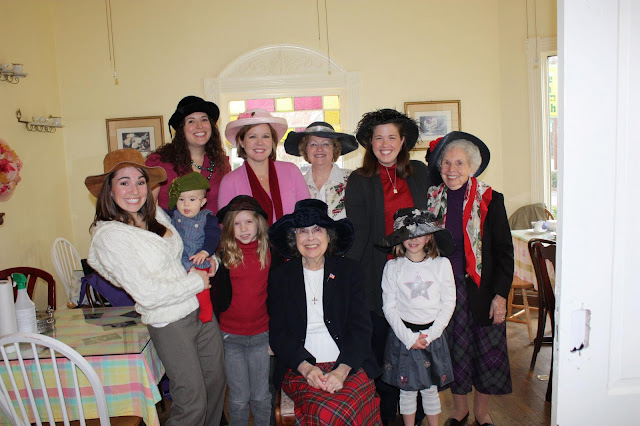 My Steel Magnolia, Great Aunt Bette came through her surgery to repair her broken hip with flying colors. The doctor was reportedly impressed with how healthy her bones are... and how devoted her family is. Aunt Bette had four boys and a girl, just like my family, and her only daughter died tragically back in 2007... but she has some fabulous granddaughters that take awesome care of her (and daughters in law, too) and I know she'll be fine. The picture above is one I snagged from my cousin (second cousin, I guess, as our parents are cousins) ... this was Aunt Bette's birthday last year. That's my sweet little grandma on the back row, on the far right. Aunt Bette is in the middle between the little girls in the front. I haven't seen Grandma and Aunt Bette together too often but they do seem to coordinate their outfits somehow.

SO that's my Saturday... hope you're having a great weekend. Love and hugs, y'all.

I take lots of pics of our animals too. And the food we eat. lol I often have to snap shot some of George's dinners. That is awesome that you have a deal like that on the grocery shopping. Groceries is something I need to do today myself. Hope you have a good week and good luck with surgery.