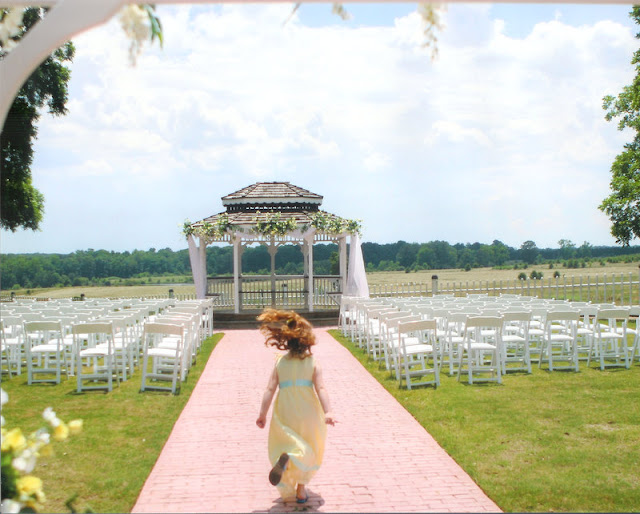 This is a picture my brother Bryan took before Cody & Marquee's wedding. I love it for soooo many reasons... mainly, because this is such a perfect depiction of our Jamie girl...  and the one word I would use to describe her, "carefree". She's just so precious!

And that's me, for a little while today. The power is out at the office due to some Georgia Power upgrade or catastrophe or something. They called initially and asked me to come in an hour late... and then I thought... hmmm... if I could just *not* work this afternoon and go ahead and head to the mountains, rather than facing rush hour traffic after work. I spoke with the Office Manager and she said it was fine... no power means no phones and things were already slow before the power went down. She said I could work a few extra hours next week if I wanted. Sounds like a plan!

So I'm heading north... having dinner with my kid and his girlfriend... spending the night with Jim, Angie, Sarabeth and Little Miss Carefree Jamie Gant.

There's lots to do this weekend so it's nice to start it off with a leisurely, carefree Thursday.

No internet at the mountain house yet... but I'll be at Jim and Angie's until Saturday so I guess I'll be back online at some point. If you don't hear from me, assume all is well!