I Spent My Day Kickin' Rocks Down Memory Lane 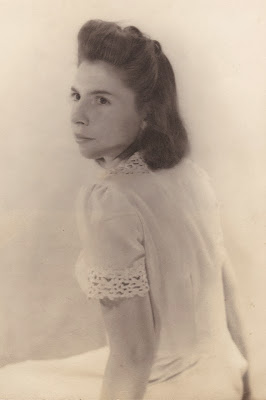 Yesterday we bought a scanner and by the time we got home I was in too much pain to figure it out. Austin got it hooked up for me, put in the ink cartridges and so forth.

Today I got up with the mindset that I was going to sort through the other photo albums of Grandma's that I knew were in my mom's closet upstairs. We carried them down to the Whine Cellar - it took about a half dozen trips - and I settled in to start picking out pictures for her birthday book,  "Leta - The First 90 Years". Or something like that. Still working on the title. 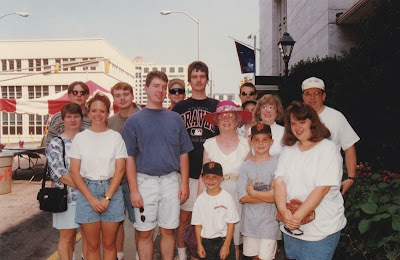 (the family before a Braves game, 1996. Front L-R is Mom, Angie, my brother Michael, my little Cody, Grandma (in pink hat), Ryan (in grey shirt) and me. Yes, I was huge. Still am. Back row is my brothers David & Bryan, my kids dad (with the sunglasses) my brother Jim, and hiding back in a cluster is my cousin Donald, his wife, my Aunt Claire and my dad with the white baseball cap.)

Sitting in the position to place documents in the scanner and take them out - and save them to my computer - was increasingly uncomfortable. Tonight it feels like my spine is just bone on bone. Hurts. So. Bad. It's interesting and entertaining going through everything but man... it stinkin' hurts. 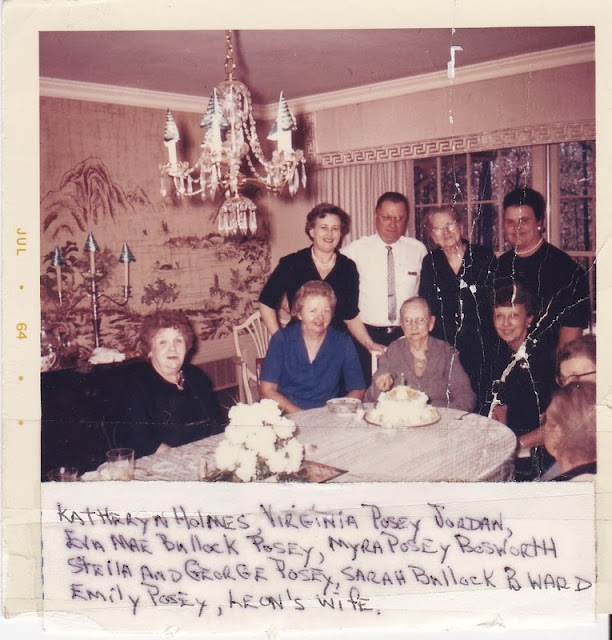 It's really easy to see how I came to be an obsessive a prolific writer. She has little novellas about every vacation. We're talking nine pages, front and back.  She has notes and descriptions on the backs of photos - to such an extent that I stopped trying to type up captions and just started scanning the back of the photo to save after the photo for the details.

I went through eleven photo albums and scanned in a couple dozen new pictures and documents. She has so much great stuff - including a letter her cousin wrote from Germany toward the end of World War II - it's a real treasure trove for a history buff and genealogy nut like me. 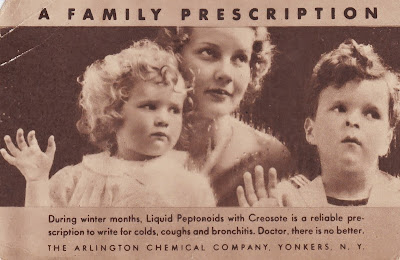 She also has some really great things that she's saved. Things that some might see as trash but I see as such awesome treasures. She has the brochure from the boarding house where she stayed when she worked at the Pentagon during WWII. She has her wedding invitations from 1946. She has this awesome postcard that her dad (who was a doctor) received from a pharmaceutical company a hundred years ago. She has all these love letters between her parents. I think I shared some of them last year when I was staying with her. They're hard to read since Granddaddy Ward was a doctor and doctors, even then, had horrible penmanship. She has brochures from different places she's visited. She has gajillion geneology documents.

Here's the thing - I was looking through all these books today and I thought, "I am not capable of even coming close to capturing even a fraction of her remarkable life." It's humbling. She's exactly twice my age and y'all... she has really lived! I feel such a huge responsibility to put together a book that really reflects who she is and how fascinating her life has been. I'm trying to use quotes from her own letters and notes and novellas so that the story is told in her own words but I want to do it in a way that shows that we *get* who she is and are proud of her as a legacy and a matriarch. I don't want her to feel like I left anything out but... truthfully, there are only so many pages we can do and I only have so much time to do it. Tomorrow will be a big writing day for me, I'm hoping to get a lot more transcribed, especially things about her travels and participation in her community. Oh, and I have about four more albums to go through and a 1/2 a box of documents. 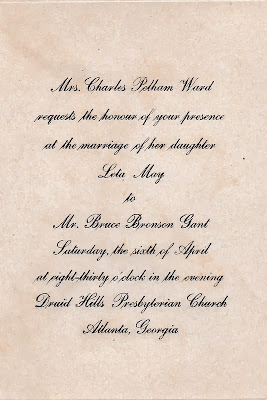 Other than that... today I leveled up on Farmville2. I'm now on level 37 after playing for a month and a half. I watched a couple of episodes of Grey's Anatomy. I made corn dogs and mashed potatoes for dinner. I showered. I didn't glam, though, I went with a bun and no makeup today. I look like hell and I don't even care. I'll be pretty another day. I had too much to do today to waste time with the hair dryer and straightening iron. Plus, we're expecting rain over the next two days so I'll just end up frizzy no matter what I do. I put a good coat of argon oil on my hair and let it soak in all day. Hopefully that will keep the frizzies away.

And that's about it. Hope you enjoy the photos today! Love and hugs, y'all!

The first "photo" is a letter she received from her cousin Bill who was stationed in Germany. It's fairly interesting to read, if you're into that kind of stuff. 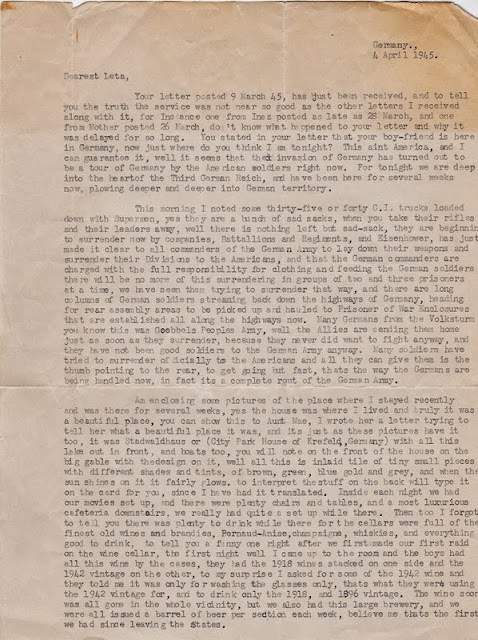 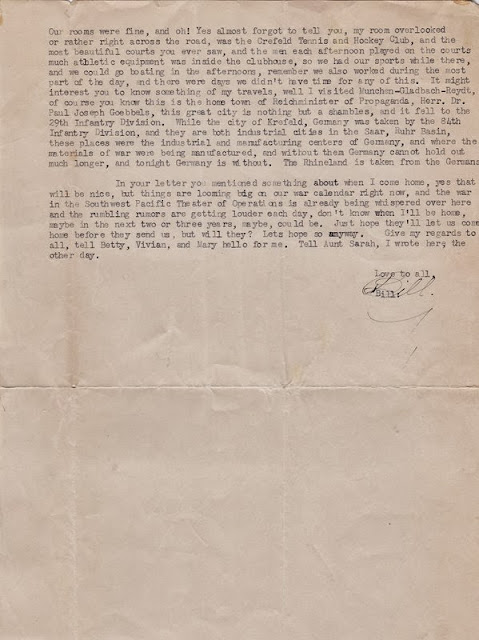 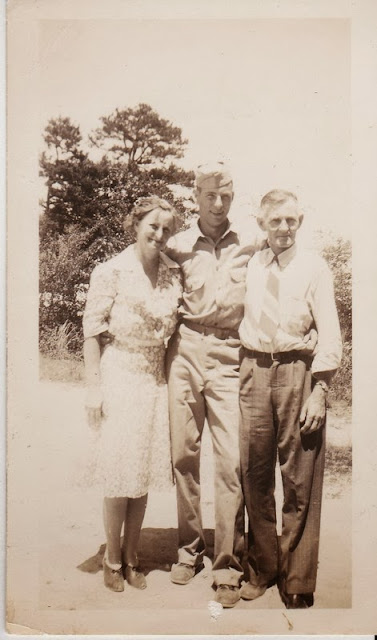 My Great-Grandma's sister, Aunt Lillian. Her son Robert (center) was a decorated veteran of WWII. He was to be in an airshow as part of the Truman Inauguration and his plane crashed. Very sad and tragic. 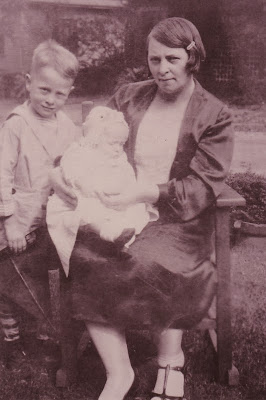 Another sad story - this is Great Grandma's sister Kate with her two sons. She died about two years later from breast cancer. 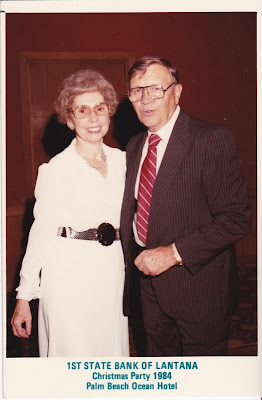 While dating her second husband, Harry. They had five good years together, traveling and building their dream home. And then he got sick. 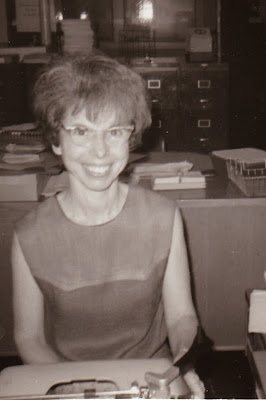 1969 - at work at Sherwin Williams. She worked in their corporate office for 25 years.

Wow!
this is so nice.

Isn't it amazing that mail actually got to where it going with such minimal address information? That wold never happen now.