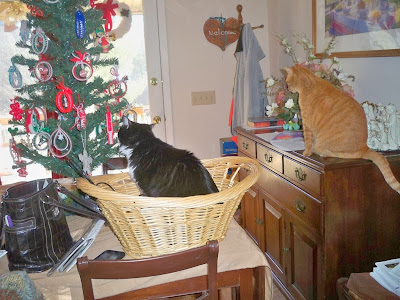 If you wake up in the morning and you are in a lot of pain, it's a really bad idea to take pain medicine and then assume that your surge of strength is because you are ten foot tall and bullet proof. It is a mirage.

In fact, should you have that faux surge it is probably a bad idea to tackle making a double recipe of oreo balls AND taking your kid to the grocery store. Once the drugs wear off you will feel infinitely worse. That's what I learned today.

I also learned that if you are on fourth fifth day hair and don't have on any makeup, you should not go to town on the first day of Christmas break. You will run into every teacher in town. Some of them will want to catch up with you and your kid. It will be like starring in People of Walmart, the stage version, if the dairy aisle of Ingles is your stage. I brought so much shame on our family today.

By the way, those fuzzy socks that are so cozy and warm whilst you lay about the house look really, really stupid with your capri length "yoga" pants and tennies.

Also, those yoga pants ain't foolin' nobody. The closest thing happening to yoga in your world is stretching for the remote control when it gets a little too far from your grasp.

Today I learned that almond bark sticks easily and comes off only with much labor. I also learned that licking your fingers after they have been dipped in almond bark will give you a sugar high.

I learned that crushing oreos is not as easy as you might think, that those packages are sturdy enough to protect the cookies in a nuclear blast, that letting the "beater do the hard work" will create a fine black dust that will cover everything in the house like a shanty in the Dust Bowl.

Today I learned that you don't win the lottery if you don't play. Actually, I've known that for awhile. Although the winner from Georgia has the same last name as my cousin, they don't appear to be related to each other. Or me.

I also learned that the catnip flavored treats will turn your cats into crazed treat junkies who will follow you all over the house. 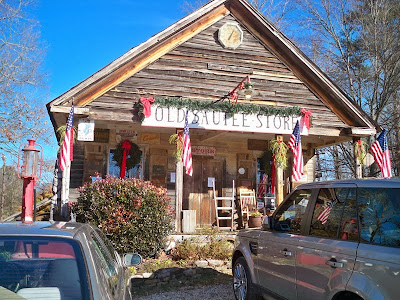 I learned that the Old Sautee store has great gifts for that person who has everything. I guarantee you they have things in Sautee that they don't have anywhere else, even especially New York City. By the way, Sautee sounds more like "salt-tea" than like the cooking term "sau-tay".

Today I am relearning the lessons of last Winter with the heating pad. Warm is so much better up until the point that it isn't.

And I just learned that oreo balls are totally worth the effort. Yum.

Did you know that you learn something new everyday? That's because, if nothing else, you learn what happened to you that day. I did.

Ha ha...funny post.
You must share the "oreo balls" recipe. I've never heard or seen such a thing.
I'm not sure if you were referring to People of Walmart blog, but it's a scream.
Niters :)
m~