It's closing in on 4pm and I've just now starting thinking of reasons to love THIS Monday. The struggle is real some days, y'all. All too real.

Monday started rearing it's ugly head late yesterday afternoon when Little Kitty was sleeping in my lap and something upstairs startled him. His first move is always CLAWS OUT and then RUN. It's very hilariously cartoony except for times like yesterday when the first move means his claws slice into my skin, in this case my knee. We're talking DEEP plunging of razor sharp claw into my knee so much that it caused pain so extreme I threw up. And I'm a pro at dealing with pain. And I had some of my stronger pain meds in my system already because of my already elevated pain level from my adventures last week. It was horrific! Today it's all bruised and I'm just waiting for Cat Scratch Fever to set in because, you know, that's how it goes in my world. I say all of that to say Sunday night into Monday morning was just not fun so when I give you my RTL Monday, just know that I had to dig deep... all the way down to the bone with a sharp cat claw.

Numero Uno... (which means "number one" in Italian) The weather is gorgeous. Perfect. Delightful. Cooler. Fresh. Crisp but not cold. Cool enough to wear sweats the whole day long. Not so cold that you have to cover from head to toe. God created October in Georgia as a reward to those of us who suffered and sweated all through the Summer. And by Summer I mean March through October. My quick glance at my Weather Channel app reassures me that there are no more sweaty days ahead, at least not in the next two weeks. Color me happy!

Due... (which means two in Italian, in case that wasn't clear. It's pronounced doo-ay, two syllables, not "dooo" as in due date.) Italian lessons are progressing well. I slowed down the number of words I was learning each day to be able to spend more time on review and it's helped. I used to have to have my notebook opened to the chapter I was working on - so that I could take open book tests for my reviews and lately... the notebook stays closed and put away! Major progress! Could I converse with someone who is fluent in Italian? Mmmm... on a very basic level. I did watch a video last week that was partially in Italian and I understood every word which is a big improvement. However, the speakers in the video were native English speakers and Italian was a second language so to be fair, it was slow and easy to understand. But progress is being made and it's encouraging to know that this old dog can learn some new tricks. It also pushes me out of bed in the morning because it's the very first thing I do and I like to do it before the rest of the house is awake and my door to the rest of the house is open so that I can concentrate.

Tre... (do I have to explain that this means three in Italian or are you catching on?) We are having beef stew for dinner. It smells great. I think it's got a couple of hours to go still but it's going to be a nice feast when it's ready. It's been a weekly menu item here lately and it's just the best stew ever... tender and succulent and really, really good. I'm very much looking forward to a big bowl or two of it.

Quattro... I ordered a new sweatshirt that came today. The proceeds of the sale of these shirts is going to cancer research so it felt like a worthy investment PLUS... I needed another hoodie. I have two. I wear them almost daily during the winter since my living space is in the basement and stays pretty chilly. I love oversized hoodies so I bought this one really big and I can't wait to wear it with leggings and know that the price I paid for it went to a good cause, not just Old Navy stockholders. So, win-win!

Cinque... (pronounced cheeen-kway) There are only TWO MONTHS UNTIL CHRISTMAS! Our family celebrates and does our gift exchange on Christmas Eve morning so there are literally two months and I have bought exactly four gifts so far... one for each baby (including my nephew, Finn) and one for my niece Jamie. I have much, much shopping to do. I've been reluctant to spend money lately because I just bought a new laptop and spent a bunch of money on Austin's dental work and I feel like my bank account is depleting way more rapidly than I would like, definitely more rapidly than it's being replaced, and of course I still haven't finished my dental work (more on that some other day) but Christmas is coming, the goose is getting fat and I'm going to have to put a penny in the Old Man's hat. Time to start shopping! I know what I want for the babies... oh, I've bought two gifts for each grandbaby so far, forgot about the things I got last week. Anyways... if you're on my list, give me a few hints so that I don't just buy what I think you should have and actually buy what you want. Or the other way, whichever.

Sei... (as in, "say, what?") Austin and I are planning to do a little fall photo shoot with Cosy this week when we have her. I've picked an adorable little outfit out for her to wear and Austin approves (my kids don't always approve my fashion choices) and I'm hoping there are still a lot of pumpkins out in front of St. Paul's Catholic Church. If not, we're going to have to find some Autumnal (still love that word) scenes around the county. I can't wait to get some adorable photos... hoping she's feeling cooperative that day! Austin has not yet found a new job but he's been diligently looking. He gets a filling on Wednesday and we have Cosy on Thursday and if he's still unemployed by Friday we'll get back out to follow up on some of the applications he's put in online. 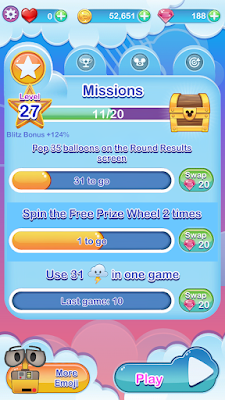 Sette (two syllables, set-tay) Still loving/obsessed with the Disney Emoji game. Today I learned something new... on the "round results" screen, balloons fly up. You can pop the balloons for extra points! Also, I'm on level 27 which I think is pretty durn good! Cody and Marquee had made it to this level and then got their new iPhone 7's and had to start all over again which doesn't seem fair, does it?

AND... I'm going to consider seven reasons sufficient for this week for me! I'd love to hear your Reasons to Love Monday this week! You can leave a comment below or on Facebook, whichever you prefer. If you leave comments here, I promise I read them. There's no way to reply without making a new comment which... come to think of it, that's what I should do. So let me know a reason or two that you love Monday this week and I'll update again really soon! Love and hugs, y'all!

My reason to love Monday and Tuesday is the great weather and all the beautiful color in the trees.
I hope your Tuesday was good for you.
Take care,
Monica