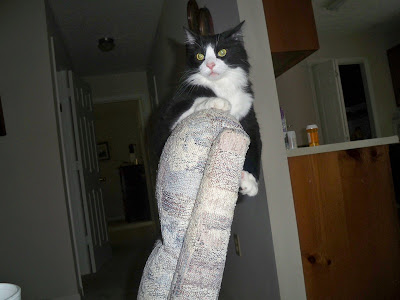 The kid is at the top of the hill cutting grass. I don't know how far he'll get but he woke up this morning afternoon with the intention of doing this and is following through without any prodding from me. That feels like a major victory.

Another major victory was that I got a really good night's sleep. I went downstairs around 8:30 and curled up on the loveseat looking out on the backyard while the sun was setting. Austin and I decided we needed an ice cream break around 9pm and not long afterwards, I was getting sleepier and sleepier. I started reading Bill O'Reilly's book, "Killing Kennedy" which I have had for some time and haven't read yet. I only got a few pages in before I crashed. I woke up a few times during the night but each time got back to sleep with no problem. I woke up around 7am and went upstairs to watch the news. I don't want to get up with the chickens any more but I do like to be awake before 9am (as happens some days). 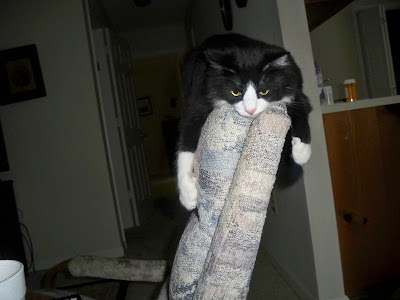 I am so certain that Kate is going to have that Royal baby during the night while I'm sleeping and I'm going to miss out on all the media anticipation. I seriously have to check online when I wake up during the night. At one point - I think around 3am - Austin thought I was "awake already" because I got on my laptop briefly. I said, "no, I'm not really awake... " I'm sleep surfing. I know it's crazy but I've already explained why I'm such a Brit Wit. I haven't found the exact link yet but mark my words, Will and Kate are cousins of mine. I'm sure of it.

Remember my bold statement yesterday about how much I love being single and blah blah blah? Would it surprise you in the least to know that I got a call today from a previous romantic interest who is now - after many, many years - single again? Single and still holding a candle for little old me, as it turns out. There is so much history between us. We have been friends since Austin was in diapers.  I've seen him through some heartbreaking times and vice versa. When he proposed to his last wife, I was sitting right beside them and it broke my heart. Can you imagine carrying a torch for someone and have them say, "can you take pictures while I propose..." TO SOMEONE ELSE? On the day they got married I was devastated. I went without sleep for three nights in a row - I mean, really disappointed and sad. He called a few days later and although we don't talk often, we've never really been out of touch. A few times a year we have these marathon phone calls where we catch up on everything. We have always been friends first and foremost. Our friendship has outlasted so many other relationships in our lives, including two marriages a piece. 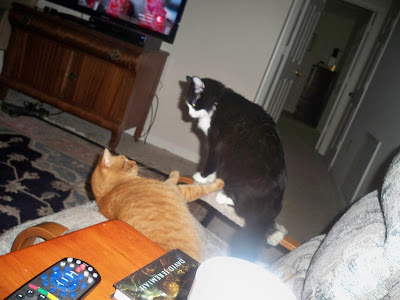 I debated about whether or not to mention it here because for folks in my real life (and there are more "real life" folks than internet only folks who read my blog) it's not something that I really want to discuss face to face with anyone. It's just one of those tragic romances that make for great chick flicks but really suck if you have to live through it. My situation today is no different from yesterday: I spend my days in a recliner because I can't sit upright without pain. I don't go out to eat. I don't go to movies. It takes everything I have to buy groceries and prepare meals. I live with constant, chronic pain. This is poison to a relationship and I will not be the person to inject that poison in anyone else's life. I carry enough guilt for not being able to be present in my childrens' lives, to be able to travel to spend time with them. I carry enough guilt for not being able to go to my nieces' basketball games. Or go to church. Or spend the kind of time I should with my grandmother. Or hang out with friends. I am an outgoing woman who isn't going out. And that's what I told him. 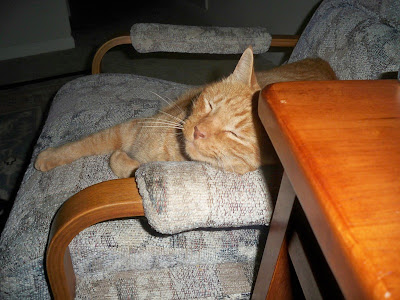 But I also told him that I do care about him. I told him I would answer the phone if he called. For those who know me in real life, you know what a huge deal that is! I don't voluntarily talk on the phone ever. If there was an emergency, I'd try to find a way to email 9-1-1.

The irony isn't lost on me, though, testing how sure and strong I am in my resolve that I am really very ok as a single person. It's like the universe said, "OH REALLLLLY????" Yes. Really.

The grass cutting didn't last long. Austin's using a substitute lawnmower because the good lawnmower lost the shield thing that directs the grass to the side. The substitute mower is not self-propelled and we live on a steep incline. He's not the most fit kid in the world and it's finally feeling like July in Georgia. He didn't last long. I still give him an A for initiative but he's getting about a C- on progress. Mom thinks this sub lawnmower is easier and is determined that she will cut the grass if he won't. Y'all feel free to tell her she has no business cutting grass. For that matter, feel free to tell Austin to suck it up and get'r'done.

By the way, how cute are my cats? That second picture of Little Trouble Kitty cracks me up! I may be spending too much time with cats but he has such a funny personality! They got a little stir crazy today because it was too warm to leave the door to the screened porch open so they had to stay inside.

There doesn't seem to be much on tv tonight. I think this is going to be one of those nights that I spend hours on ancestry.com trying to weed through all the little leaves of leads that I have there.

I made tabbouleh with orange tomatoes and avocados today. It was so good that I ate lunch at 10:45. And that made me want dinner at 4pm when Austin came upstairs and had these frozen chicken taquito things. He ate about half of that huge pot of beef stew I made yesterday along with the mayonnaise rolls I made to go with it. The rolls were insanely good... it's a simple recipe: 2 cups flour, 1 cup milk, 1/4 cup mayo. I add in garlic and cheddar cheese for a little extra flavor. Cook in a muffin tin at 425 until brown. I think it's like 15 minutes. They taste a lot like the biscuits at Red Lobster and go perfectly with beef stew. I hated heating up the kitchen but YUM!

Anyways. That's what the sixteenth of July looked like around here. Happy Tuesday, y'all.