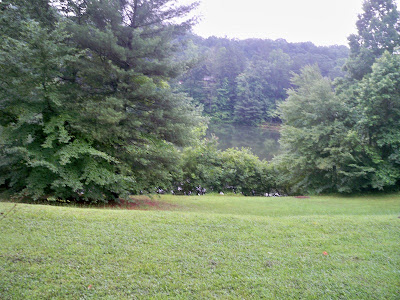 and it rained today. We're expecting rain most of this week which is great because it means it won't be hot-as-blazes like it usually is in Georgia in July but it sort of stinks because arthritis plus rain = pain.

Today I had a banana and some cherries for breakfast... leftover spanish rice for lunch... a kitkat (my newest chocolate addiction) ... and some Stouffer's chicken and rice bake thing that was much better than I thought it would be for dinner. We need to go to the grocery store but nobody has been motivated enough to go. 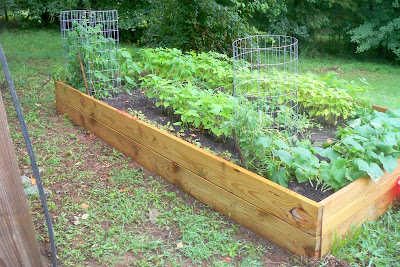 The garden seems to be doing what it's supposed to be doing but I'm very much not a gardener so my only measure of success is "still green". It has not provided any sustenance yet although I imagine it will at some point.

Our basil plant (in a big pot beside the driveway) had some sort of web thing in it last week but we cleared it out and hopefully it will resume good health. Have you ever noticed that people who grow things in the dirt like to show you all the things they're growing in the dirt? Purple Michael always did and I loved taking the "garden tour" with him every visit. 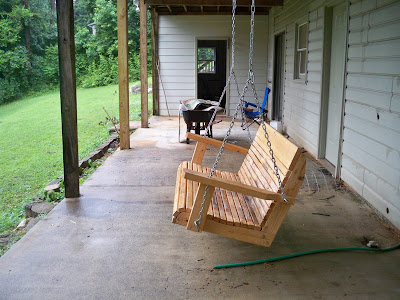 Austin sprained his ankle while mowing grass yesterday. He seems to have a thousand impediments to grass cutting. He was kind enough to lower the porch swing for me - it was too high for me to reach the ground when sitting back in it. I'm fairly short, you know.

Uncle Carl caught a bass this morning. I don't think Mama's caught anything over the past few days but she went and bought more bait today so she's set to try her luck later.

Mama's new boat - which was Granddaddy Pennington's old boat - has been safely delivered and is resting beside the driveway. I would have taken a picture of that to show you but it would have required a walk upstairs and I'm not up for that this evening. The boat has a bullet hole in it which we believe can be repaired. I don't know where the bullet hole came from - perhaps target practice by one of my cousins.

My spine has had a rough July so far... my couch-bed has this piece of wood where the back connects to the seat that I had never discovered and somehow last night I rolled into bed (onto couch?) aggressively and smacked my spine against that wood with a thud. There is much padding on top of my spine so that had to be quite a whack to make a sound. Then this morning I was sitting in the recliner and Oscar the Fishing / Security Dachshund saw something outside that he needed to attack so he made a running leap onto the recliner but instead of landing smoothly, he bellyflopped my left foot and bounced back to the floor. He may only be sixteen pounds but that was sixteen pounds at sixty mph and it really jarred my back. My mom was all, "Poor baby... are you ok?" to the dog. 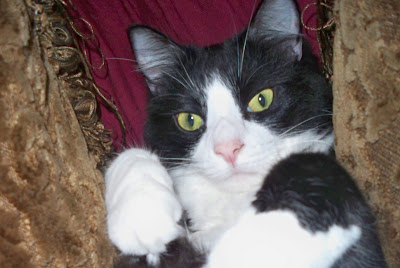 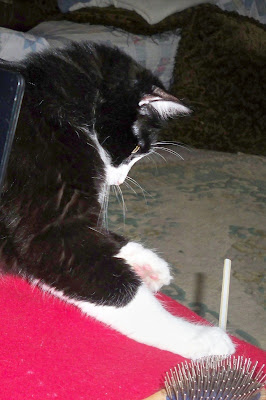 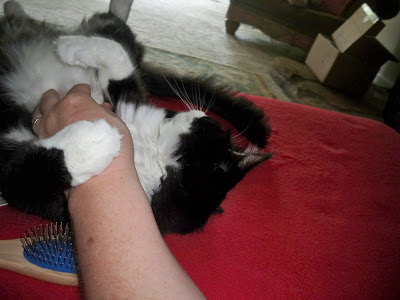 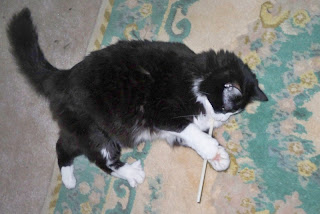 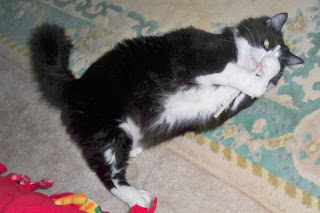 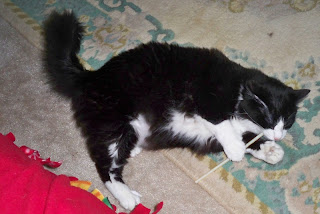 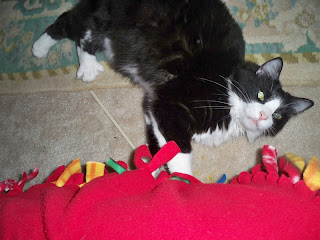 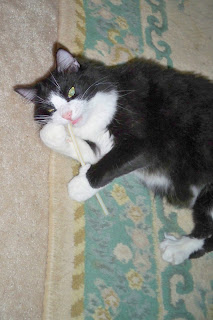