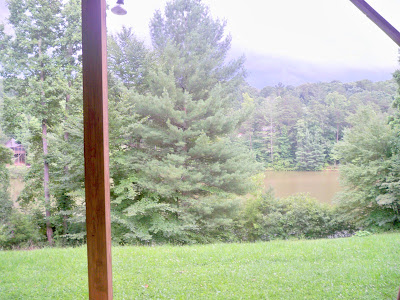 I'm afraid I'm speaking with a bit of a British accent today. At least in my head. I woke up at exactly 5:52 this morning and decided to pop on the internet and see if there was any royal baby news. Of course, when I saw that indeed the Duchess of Cambridge had been taken to the hospital, I had to rush upstairs and start my stakeout of the news stations. As luck would have it... the tv had gotten switched off from satellite reception to that scary, fuzzy, "they're here" poltergeist state and I had to fumble around in the dark to fix it. For the record, I'm not really that savvy with the tv/satellite set up and I was afraid that I was going to have to wake Austin up to fix it for me. Don't think that I wouldn't! Ultimately, though, I was able to hook up with FoxNews and started some coffee brewing for my long wait as an expectant seventeenth cousin, five times removed. (I made that last part up. I haven't been able to find the exact connection but I KNOW it exists!)

I didn't exactly camp out in front of the tv all day. I mean, no more than usual. Maybe even less than usual. I had to run into town to do some banking business and I decided we needed corn on the cob to go with our dinner so I made a run to the veggie stand. I had another bout of extreme dizziness and spent about an hour just trying to make the world stop spinning while my mom alternated between napping and cutting grass. We grilled steaks and had baked potatoes and corn on the cob for dinner and actually ate at the table (something that never happens with us). The corn was well worth the trouble... I threw a handful of basil into the water while it was cooking and it was the perfect Summery touch. It almost felt like a celebration.

A boy. A baby boy. I was sure it would be a little Princess but a boy... such a perfect fit. I think every little girl should have a big brother. It worked out well for me. My prediction is that he will have the name Spencer somewhere in the between the George Albert Phillip Charles William whatever. So now that they have their little heir they can give it another go and have a little girl with Diana's eyes and Kate's nose... not that anyone has asked my opinion on the spacing of royal children... but since the cost of daycare and diapers isn't a factor and since Kate barely gained an ounce, why not pop out a half dozen princes and a princesses?

After a long day of infant stalking, I came downstairs and decided to tackle unpacking one of the boxes sitting in my living/dining room. It was a huge box of random pictures that Grandma had saved. She was obviously working toward separating them as they were bundled in odd little stacks. I haven't blogged much about this because she was highly offended at my blogging about her situation last Summer, the whole assisted living thing. I respect that. I've tried to make my blog about *my story* to the extent that it doesn't overlap too far onto anyone else's story, or at least to the point that they would feel that their privacy had been breeched. She did and so I just haven't talked a lot about that situation but... the truth is that you can tell that her life was sort of whisked out from under her by the little time capsules of boxes that we've inherited. It was the right decision for her well-being, I'm certain. In many ways she's more able bodied than me but the truth was that she was a long way from family in a community that loved her and sustained her for many years but her friends were aging and no longer able to care for her - or her them - in the way they once did. She is healthy and, I think, for the most part, happy where she is. But unpacking boxes and sorting through the things that were brought from her house does make me sad for her. 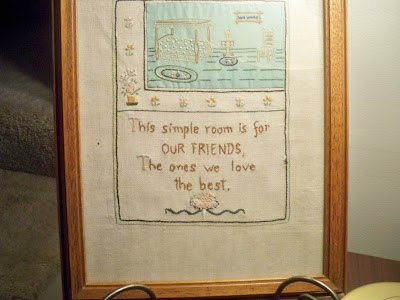 This little needlepoint was done by her half-sister, Cynthia. Grandma's father, Dr. Ward, was married to Leta Dallas who passed away as a result of childbirth. Her first two children, Charles and Cynthia, were brought up by my Grandma's mother, Sarah Bulloch Baldwin Ward. Great-Grandma Sarah had been widowed herself but didn't have children from her first marriage. With Granddaddy Ward she had three girls - Jane (who passed away in 2007) Grandma (who is named Leta, after Granddaddy's first wife) and Aunt Bette. Although she lived in Mystic, Connecticut, I spent time with Aunt Cynthia when I was about 11 years old after she had moved to Florida. She was one of those fabulous old Southern women who know the names for every single plant you see - even the Latin names. Cynthia never had children. I don't know if Grandma had planned for someone to have this... but for now it sits in the living room of the Whine Cellar. I feel like it's my responsibility to treasure the things she treasured. 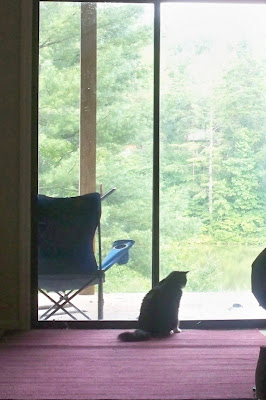 In so many ways my Grandmother and I are on parallel paths. Last year - at almost the same time - I stopped living alone. It would be very close to impossible for me to live on my own at this point - both financially and physically - but I feel like it has always been *my* decision. There are a lot of things I just can't do. The dizzy spell today was an ugly reminder that I can feel ten feet tall and bullet-proof one minute and feel like dropping in the next minute and there's no way to predict what will happen. Every time I go somewhere and end up feeling bad - whether it be from pain or from the side effects of the meds I have to take or for whatever reason it increases my reluctance to go places, ever. I look at Grandma's photos and see evidence of her presence in the lives of her friends and family members. She has lived. It must be so hard for that to come to an abrupt halt. Everything we have here that once belonged to her reminds me of her treasured little home that she had wanted to live in the rest of her life and it makes me sad that we couldn't make that happen for her. Yes, there are times that I'm wistfully disappointed in the things that I can't do but I almost feel like I tapered down to this... like I had more control over things than she did.

Anyways... tonight I'm settled into my happy little space with Little Kitty napping on my ottoman beside me. Kate is safely delivered of a son. I'm comfortable and feeling much better than I did earlier. I'm going to surf the web a little longer and then get my beauty sleep. You never know what tomorrow might have in store!